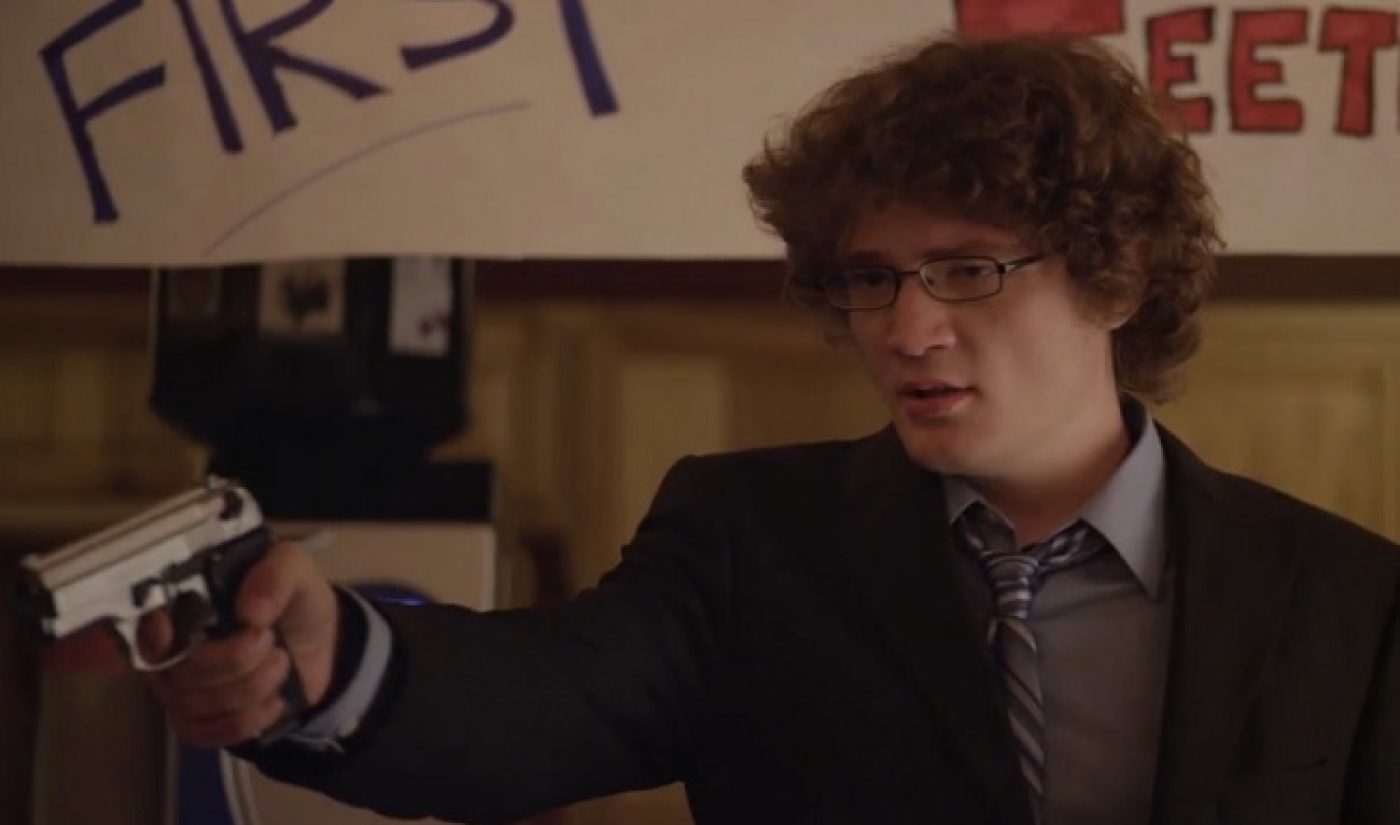 Rooster Teeth never ceases to appreciate and delight its fans. With that in mind, the Austin-based production shop responsible for some of the most popular web series in online video history (like Red Vs. Blue and RWBY) just released their new murder mystery series, Ten Little Roosters, on November 4, 2014. It’s a whodunit tale that immediately gets the viewers involved.

The first episode takes place at the First Rooster Teeth Banquet, a formal event hosted by Rooster Teeth co-founder Burnie Burns in appreciation of nine of his staff members. The night quickly turns sour when Achievement Hunter‘s Michael Jones accuses everyone in the room of their awkward and gruesome past crimes and threatens to turn them into the authorities. However, Jones soon falls over dead by way of a poisoned drink, and from there on it’s all Clue-the-movie-style mystery and mayhem as the rest of the staff tries to figure out who’s out for blood before they also find themselves without a mortal coil.

Ten Little Roosters is one of the most meta pieces of entertainment to come out of the production company yet (though some episodes and one-offs from Red Vs. Blue are self-referential, too). Many of the jokes are based on Rooster Teeth’s previous productions. For instance, Chris Demarais wears his hobbit costume from A Simple Walk Into Mordor, with a tie added on to make it “formal,” while Ryan Haywood dons a kilt (like his Minecraft avatar in the company’s Let’s Play videos). Other references are more personal in nature or derived from Rooster Teeth’s company culture.  For example, there’s a lot of people flipping the bird at one another, Burnie yells “god d*** it, Barb!” at Barbara Dunkelman when she’s annoying, and Miles Luna fawns over Adam “Gilby” Ellis’s massive beard.

But the truly unique part about this show is how Rooster Teeth turns over the sleuthing to the fans. Each week, viewers can vote on who they think the murderer is, who they think will die in the next episode, and how that person will meet their untimely end. Correct guesses get entered for a chance to win Rooster Teeth merchandise, and the fan with the most correct answers at the end of the entire show will win a trip to the Rooster Teeth studios (or to a convention of his or her choice). Needless to say, audiences on both Tumblr and Reddit are in a tizzy, posting their who-done-it theories and even collaborating with each other to deduce what seemingly irrelevant details in the debut episode could mean.

New episodes of Ten Little Roosters will be released every Tuesday. If you want to take part in solving the mystery, watch the first episode on RoosterTeeth.com and sign up on the site (if you aren’t already) to enter your guesses before new episodes are released. Good luck, detective.