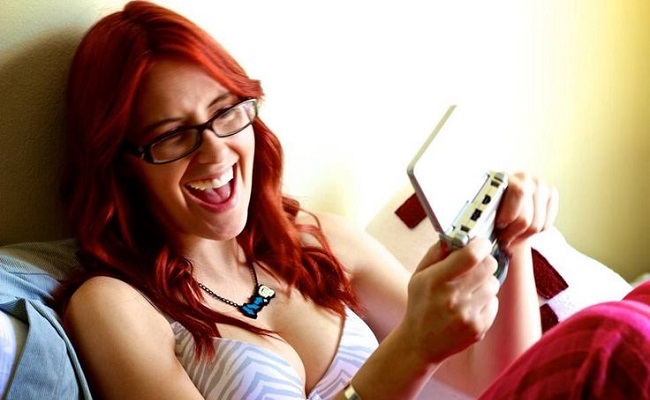 Twitch Updates Rules Of Conduct, Asks Users To Cover Up

Twitch is all for the games, but not when it sees too much skin. The streaming site recently purchased by Amazon for under $1 billion told its users they must cover up or risk the consequences.

In an update to the streaming site’s Rules of Conduct on October 27, 2014, Twitch said users who stream or record video while nude, half-naked, or wearing sexually-suggestive clothing (including “lingerie, swimsuits, pasties, and undergarments”) will be liable to suspension or complete removal from the site. The Rules now state an unequivocal desire to keep the focus on games instead of on the gamers: “Nerds are sexy, and you’re all magnificent, beautiful creatures, but let’s try and keep this about the games, shall we?”

Twitch’s PR Director, Chase, told The Huffington Post in an email the update merely clarified one of Twitch’s already-existing rule. “It is clarity on a long standing [policy] which is rooted in common sense and meant to create an open, supportive, safe environment for all gamers. Most broadcasters already assume things like broadcasting naked or in undergarments are not appropriate since we rarely have to deal with issues related to attire.”

Twitch’s Rules of Conduct are careful to point out the clothing policy applies to both male and female gamers. Full-nude torsos are banned, even for men. The Rules lightheartedly note how six-pack abs are better suited for the beach and the streaming site sells t-shirts, which “are always acceptable.” Twitch firmly believes there’s no reason to be bare-chested or bikini-laden, even in hotter environments, because you can “just crop the webcam to your face… There is always a workaround.”

Some sites reported Twitch had already banned its first user — Rooster Teeth’s Meg Turney — for streaming while dressed inappropriately. However, Turney noted in a series of tweets she’d only been asked to change her user picture and had never used her Twitch account before.

Dear everyone writing articles saying I was banned from Twitch, I wasn’t. I’ve never been banned. I was told to change my picture. Xoxo, Meg

And while Turney doesn’t believe Twitch clarified its rules just to target women, the Rooster Teeth host and well-known cosplayer wasn’t afraid to express her opinion to The Huffington Post, saying, “If someone has a big push-up bra and a low-cut shirt while they play [League of Legends] or a guy streams shirtless, who cares?”

While Turney thinks “the whole situation is silly,” many people who watch Twitch streams have openly supported the update to Twitch’s Rules of Conduct, stating the irrelevancy of sex appeal (and even the need to see a gamer on-camera at all) on a site driven by the games and the personalities of the gamers themselves. As one Huffington Post commenter stated, “Are viewers tuning in because of the games or the titillation? Twitch can’t be sure and they aren’t looking to start a website based on titillation.”

While some Twitch users may disagree with the Rules of Conduct clarification, Twitch is now on the path to becoming the open, safe, and supportive site that puts gaming at the forefront that it wants to be.