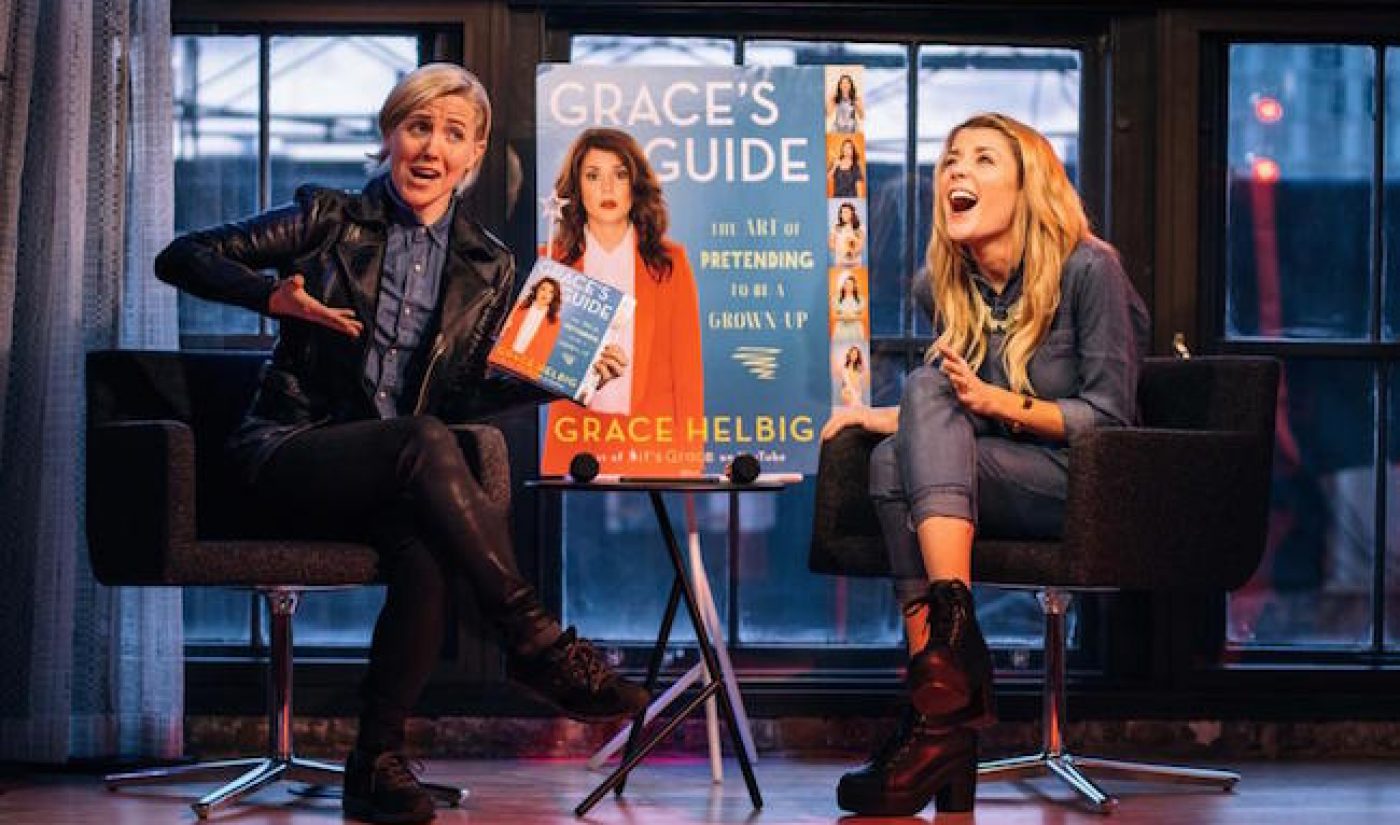 The twentysomething YouTube millionaire (whose ItsGrace channel is now in possession of more than 1.9 million subscribers and counting) released her 240-page debut advice and how-to book, Grace’s Guide: The Art of Pretending To Be A Grown-Up under Simon & Schuster’s Touchstone imprint on October 21, 2014. One week later, thanks to Helbig’s fervent fan base, seven-city book tour (some pictures of which you can check out below), overwhelmingly positive customer reviews, strong comedic talents, and all-around affability, the book is #1 on NYT’s “Best Sellers Advice, How-To and Miscellaneous” list.

Take a look below and note the authors (like Peter Thiel and Oprah Winfrey) who Helbig’s book beat out: Here’s what Helbig had to tweet about the news:

I just found out that #gracesguide became a New York Times #1 best seller. YOU GUYS. You are all… http://t.co/yUmNm0iPQw

The top spot on the New York Times list is the second first place Helbig’s had in less than two-months time. On September 1, 2014, her Not Too Deep audio-video hybrid podcast debuted at #1 on iTunes. And that’s not all!

Not content with YouTube, audio, and literary fame, Helbig may be headed to your television by way of a talk show on E! in the not-so-distant future. If you want some tips and tricks on how she made it all happen, there’s a best-selling how-to guide you should probably think of purchasing.