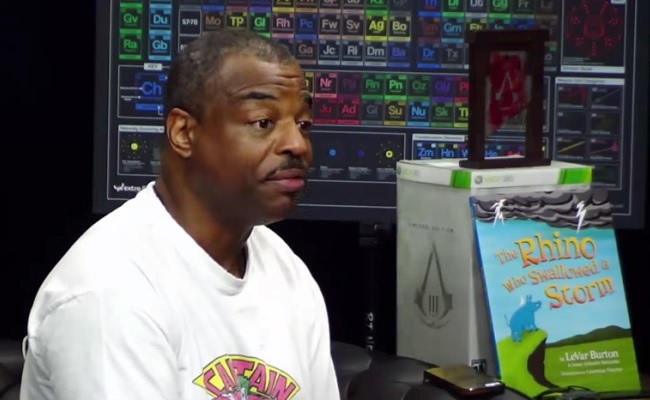 Rooster Teeth recently decided to put its gaming skills to good use. The Austin, Texas-based production company behind online video hits like Red vs. Blue and RWBY raised $442,389 for the charity Extra Life on Saturday, October 25, 2014.

Rooster Teeth live-streamed its cast and crew participating in gaming and other shenanigans (like playing Twister) all day and night to raise money for Extra Life. Founded in 2008 by the Sarcastic Gamer community, Extra Life allows gamers to participate in a 24-hour gaming marathon where they request donations for their local hospital affiliated with the Children’s Miracle Network. According to Extra Life’s website, this year’s participating gamers have collectively raised over $5 million for children’s hospitals so far.

Roughly $243,030 of Rooster Teeth’s more than $442K total came from direct donations, while the rest stemmed from the proceeds of a limited-edition poster, which was exclusively on sale during the livestream. The total dollar amount made Rooster Teeth one of Extra Life’s top teams in terms of donations on the year, while several of the new media production shop’s employees are now among the organization’s top fundraisers with the likes of other prominent YouTube gamers GassyMexican, CaptainSparklez, and more.

On October 26, Rooster Teeth tweeted the total amount it raised for a great cause and noted that “words escaped them.” However, the company’s co-founder and creative director, Burnie Burns, said it best:

So proud to be a part of the @roosterteeth community. Thanks to everyone who contributed and watched. You raised $442,389! #RTExtraLife

The funds raised are more than impressive, but the highlight of the day stream-a-thon was a visit from Reading Rainbow’s LeVar Burton. The actor read his new children’s book, The Rhino Who Swallowed a Storm, to the Rooster Teeth cast and crew before reading another “children’s” book more aptly suited for adults called Go the F*** to Sleep. Burton’s reading reached viral status and was featured in news outlets ranging from CNN to NPR.

Rooster Teeth has already shown it has wildly dedicated community willing to financially back its projects. Rooster Teeth’s Extra Life live stream only helped prove their fans care about the company’s causes, too, and are willing to give significant amounts of money for more than just entertainment.