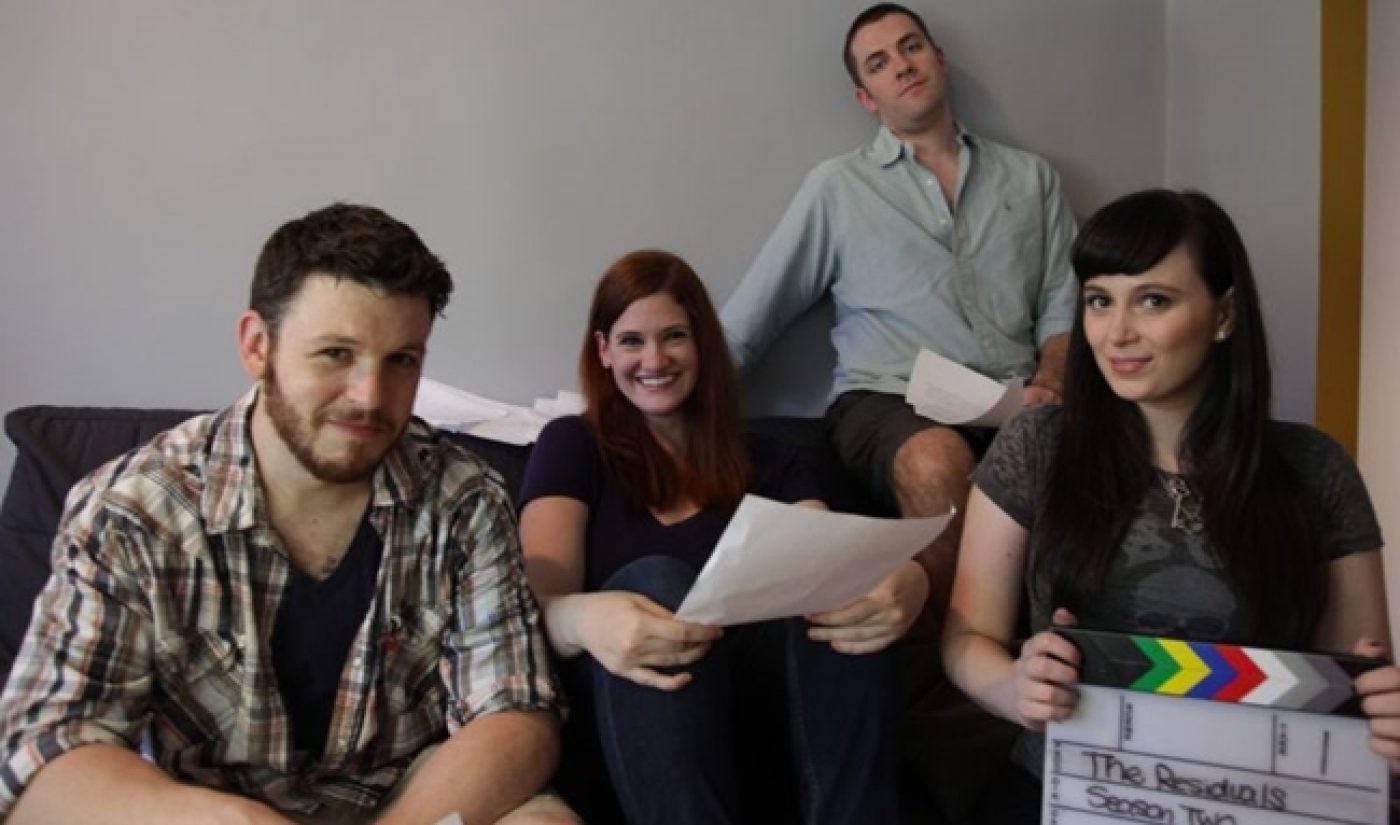 Description: The Residuals is a web series about actors. That sentence alone could apply to dozens of independent web series released in the past year alone, but The Residuals aims for something higher by centering on characters who aren’t quite good enough. When I wrote about the series for Tubefilter’s Indie Spotlight, I discussed the ways in which its characters–from the protagonists looking for simple commercial work, to the perfectionist casting directors, to the horde of anonymous tryhards hoping to land a big role, to the web series creators with no good sketch ideas–all reflect how difficult it is to get your name out there.

What I’m trying to say is that I liked it. Now, creators Michael Paul Smith and Gillian Pensavalle are trying to make a second season, and they need your help.

Creator Bio: Smith and Pensavalle are a husband and wife team with experience across the NYC sketch comedy scene. The Residuals is the latest effort from their studio, Take It Back Productions.

Best Perk: For $250, Smith and Pensavalle will complete a “dareoke” challenge, where they will record a performance of any song of your choosing. The possibilities are endless.

Why You Should Fund It: In considering projects (such as this one) that seek a second season of an existing series, it’s easiest to simply look at the track record. The first season of The Residuals was deftly done, crammed full of pithy jokes, and, as I mentioned before, a sneaky little parody of the current state of the indie web series community. Season two looks primed to continue this good work (Horatio Sanz will appear as a guest) so consider a contribution to The Residuals