Smosh Gets A Movie Deal Through Lionsgate, DEFY Media, AwesomenessTV 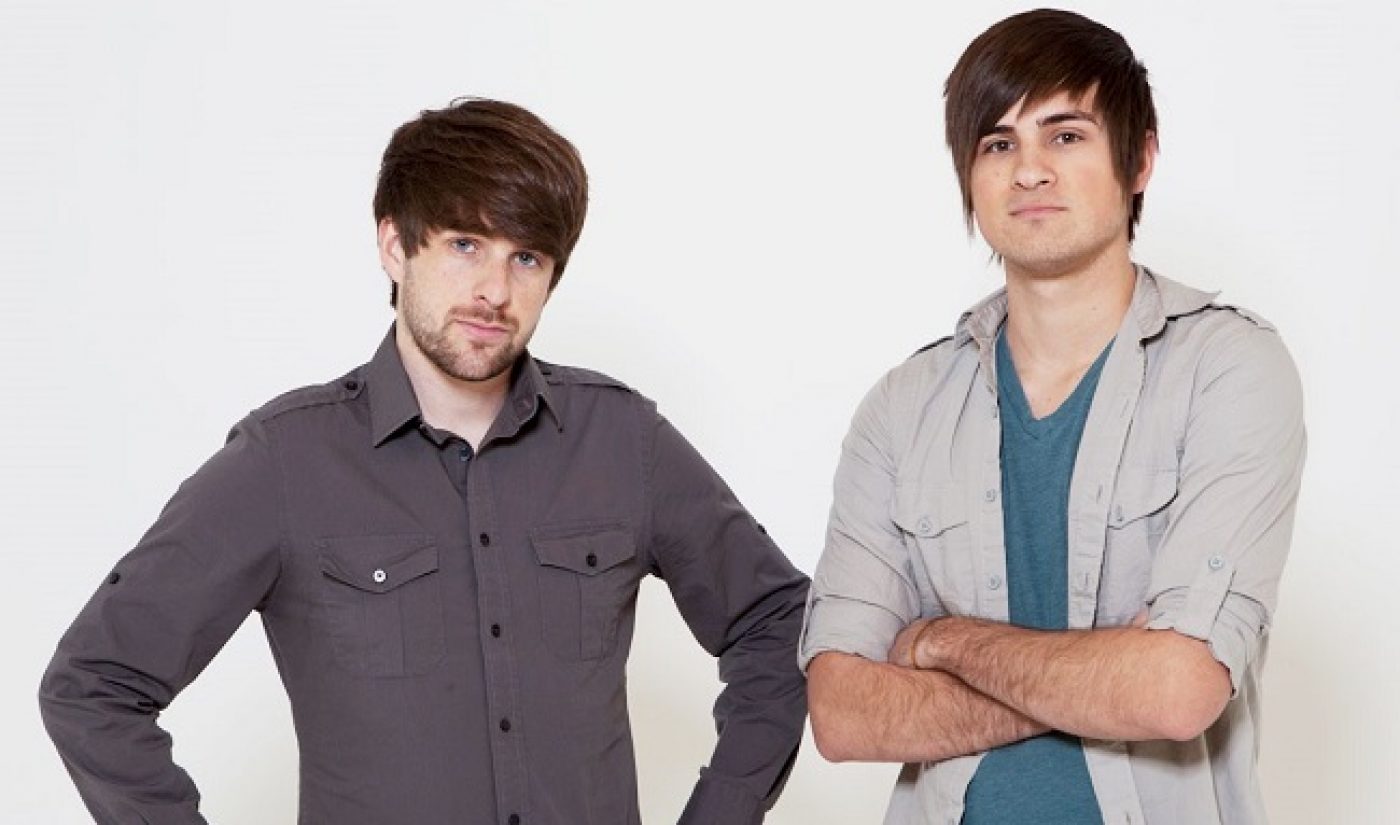 The SMOSH Movie train is leaving the station. Lionsgate has just obtained distribution rights for a film developed and financed by both DEFY Media and Brian Robbins‘ AwesomenessTV MCN.

The SMOSH Movie, starring YouTube comedy legends Anthony Padilla and Ian Hecox (known as Smosh), will follow the duo’s adventures after they jump through a portal into YouTube in order to eliminate an embarrassing video of Anthony, thus giving him a chance at love with his old high school crush, Anna. They’ll encounter various YouTube stars throughout the film; Jenna Marbles, Grace Helbig, Harley Morenstein, Shane Dawson, and several more familiar faces are set to appear.

“The SMOSH Movie brings to life a YouTube comedy franchise beloved by fans around the world and reflects our commitment to extend storytelling in exciting new directions that reach today’s digital audience,” said Jason Constantine, Lionsgate President of Acquisitions & Co-Productions, in a release. “We’re delighted to extend our relationship with the versatile and incredibly talented Brian Robbins, with whom we’re partnered on a range of film, television and digital properties, as well as to add one of DEFY Media’s great digital properties to our roster.”

Lionsgate’s description of Smosh’s franchise doesn’t do it justice. The comedy duo boasts over 30 million combined YouTube subscribers across all their channels, 19 million social followers on other platforms, and 12 million unique monthly website visitors. Padilla and Hecox also have seen large success with their musical pieces and mobile and game apps, which have over one million downloads to date. Additionally, they placed first in a survey by Variety that looked at the popularity and influence of new media and traditional media stars on U.S. teens.

“SMOSH has demonstrated an incredible ability to engage an enormous, worldwide audience with their unique brand of comedy, and to extend that brand to create a world of SMOSH channels, brands, programs and products,” explained DEFY Media’s CEO, Matt Diamond, in the release. “Our production marks a major next step in super-serving our audience of millions and an opportunity to entertain millions more. We’re thrilled to collaborate with Brian Robbins and the team at Lionsgate in fulfilling SMOSH’s creative vision.” Smosh is partnered with the DEFY Media network.

Written by Eric Falconer (How I Met Your Mother), produced by Robbins, and directed by Alex Winter (Bill & Ted’s Excellent Adventure), The SMOSH Movie was partially filmed at YouTube Space LA.