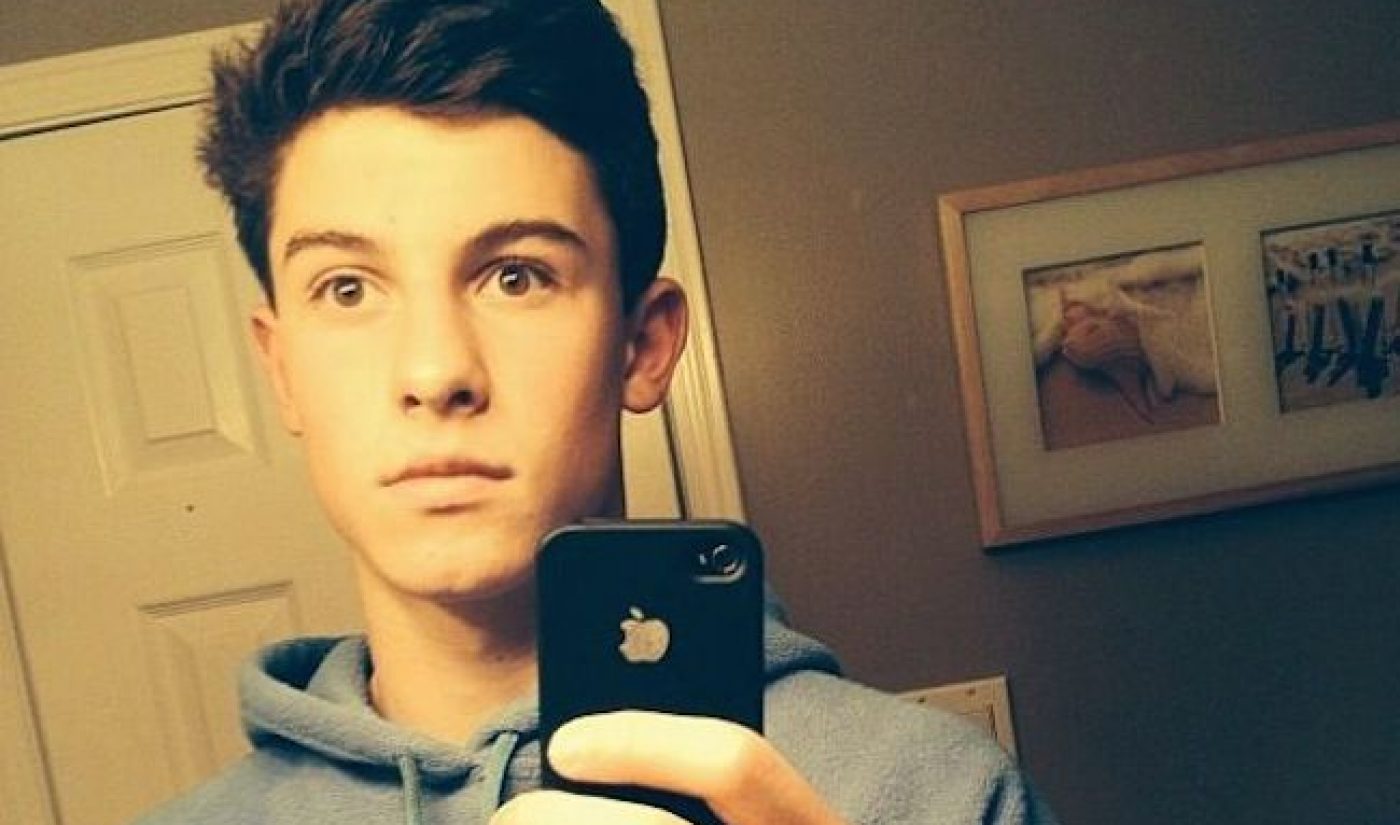 With 2.9 million followers and more than 148 million total loops to his name, Shawn Mendes is one of Vine‘s most popular users. Now, he can call himself a best-selling artist, too. 37 minutes after its release, Mendes’ debut EP, titled Life of the Party, has reached the top of the iTunes charts.

In the past year, Mendes has emerged on Vine thanks to his six-second covers of popular songs. As he gained more followers, he began to show off his own original works, which led to a deal with Island Records and the release of his debut single, “Life of the Party“, on July 12th. That song debuted at #24 on the Billboard charts, making the 15-year-old Mendes the youngest musician to ever reach the Hot 100.

Sean’s album release has added another impressive accomplishment. Shortly after the album became available on iTunes, Mendes used a live stream and a few accompanying Vines to introduce the hashtag #ShawnToNumber1. His fans took up this task with aplomb, and Mendes needed little more than a half-hour to shoot up to iTunes’ top spot, leaving two other YouTube-native performers (5 Seconds of Summer and Troye Sivan) in the #2 and #3 spots.

There are several incredible elements to Mendes’ story. The idea of a musician building his star through six-second videos would’ve seemed impossible two years ago, and the rapidity of Life of the Party‘s rise speaks to the always-connected nature of Mendes’ audience. His young age will likely draw comparisons to another teenage musician from Canada who first gained an audience through viral Internet videos, but Mendes, who is currently on tour with Austin Mahone, has already shown that his path to stardom is unlike anything that has preceded it.