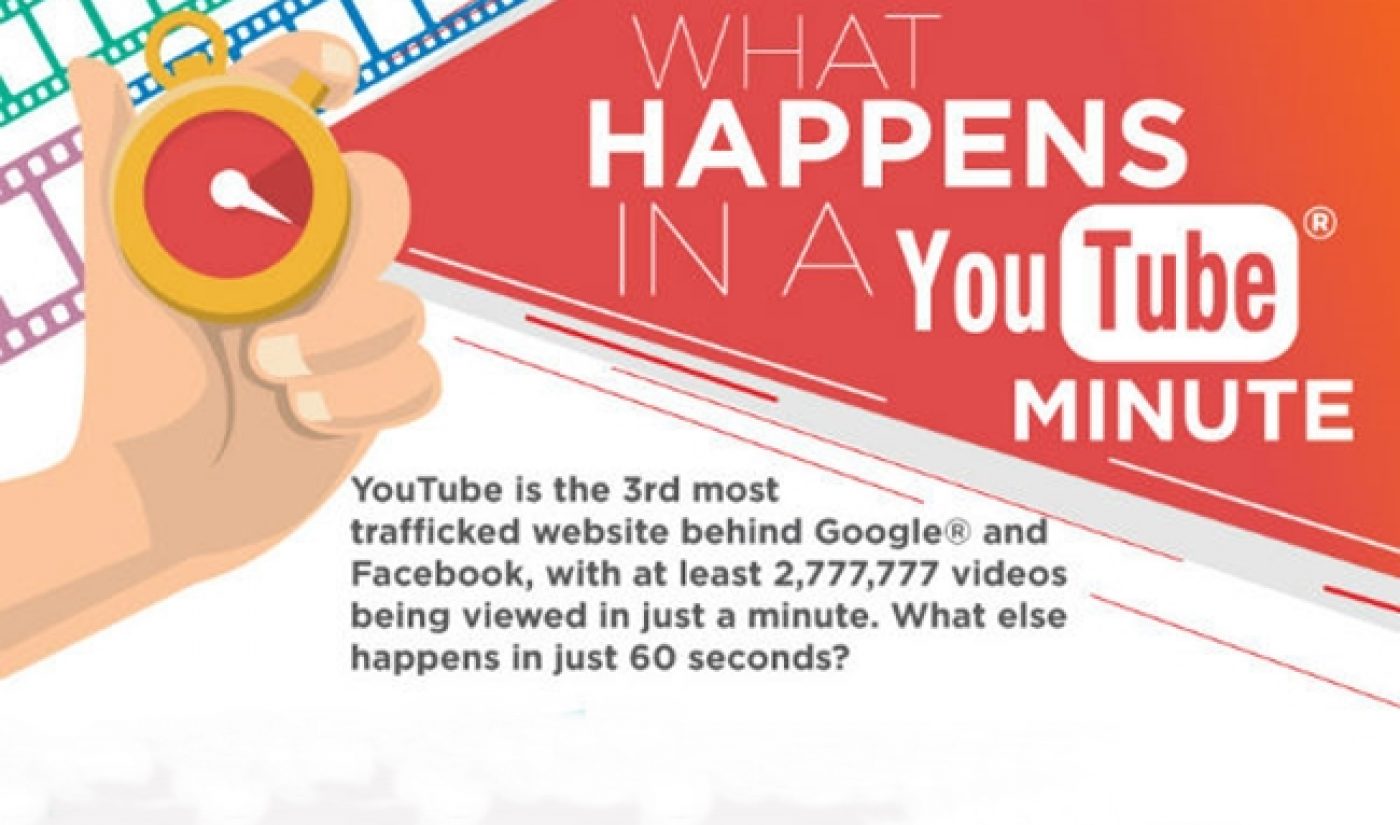 The team at the YouTube Downloader Blog tend to make very interesting infographics. The last time we checked in with their work, they had revealed that Saudi Arabians are the most avid YouTube viewers in the world. With their latest infographic, they have looked inside a “YouTube minute” to reveal what happens during each 60-second period on the world’s most popular video sharing site.

Instead of focusing on minute-by-minute viewership, the infographic instead reveals the amount of video uploaded to YouTube each minute and the ad revenue that the site’s top channels collect in the same time period. For instance, top YouTuber PewDiePie earns more than $13 a minute, a figure based off a projected $7 million yearly ad revenue. Even if we assume the Wall Street Journal’s more conservative estimate of a $4 million yearly revenue for PewDiePie, he would still pull in $7.61 a minute.

Of course, PewDiePie’s one-minute total pales in comparison to that of the website on which he plies his trade. According to the infographic, YouTube takes more than $10,000 per minute, as extrapolated from the site’s yearly estimated revenue of $5.6 billion. By that ratio, YouTube picks up more than $14 million each day.

None of these revenue estimates are necessarily 100% accurate, but they’re still very fun to play around with. (We’ve had our own fun with numbers in the past.) While many individual YouTube creators may struggle to make a living, this infographic suggests that the site’s total revenue is roaring upward faster than anyone can count.