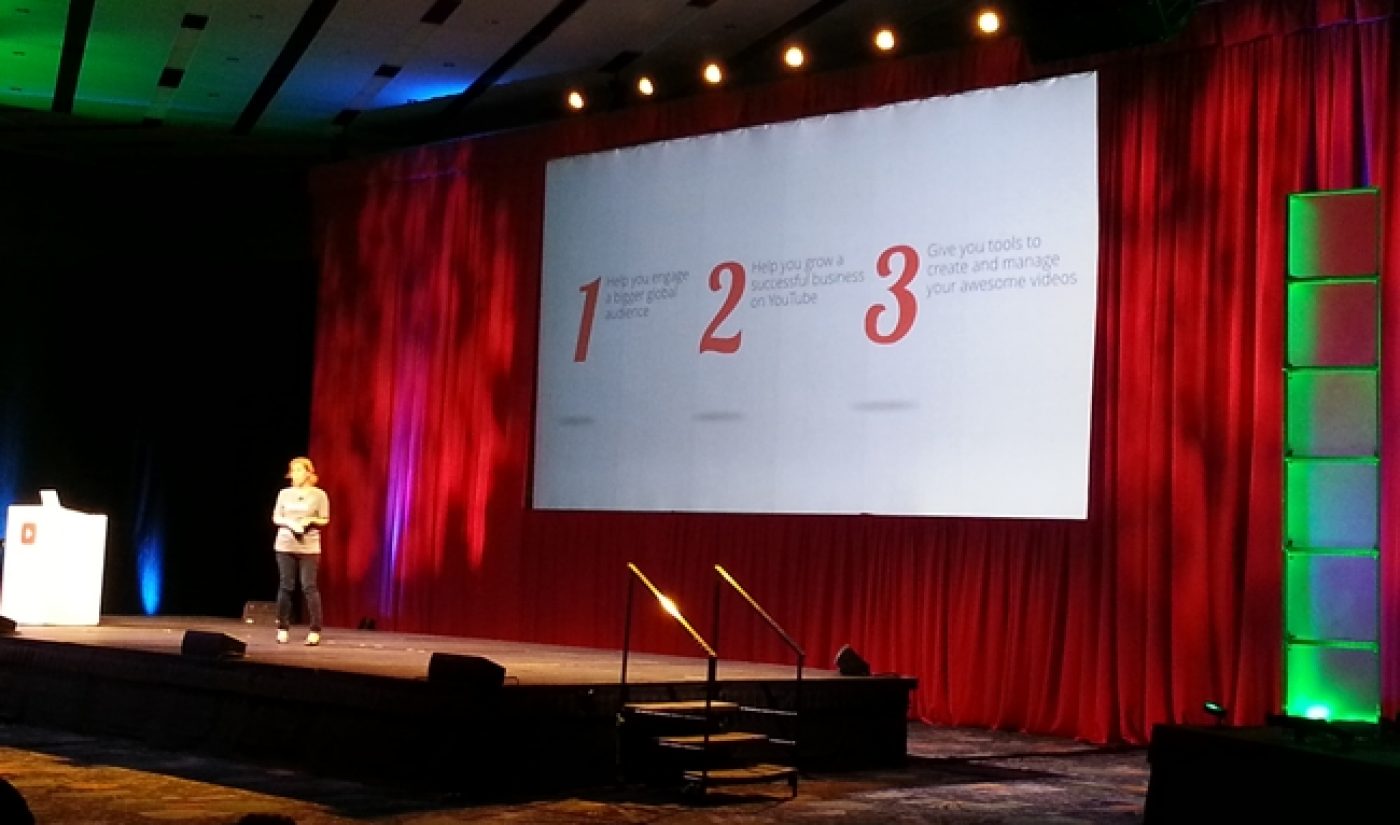 During VidCon‘s yearly Industry Day, YouTube CEO Susan Wojcicki took to the stage at the Anaheim Convention Center to share a few new developments with the assembled audience. The most significant announcement of the keynote concerned Fan Funding, a new feature that will allow fans to donate money to their favorite channels.

Fan Funding is YouTube’s answer to the rise of crowdfunding platforms like Kickstarter, Indiegogo, Patreon, and Subbable. YouTube creators have flocked to those sites in order to become less reliant on ad revenue, and  YouTube wants in on the action. Through Fan Funding, viewers will be able to donate up to $500 to each of their favorite creators. For each transaction, YouTube will take a 5% cut, plus 21 cents.

Each creator will also have the option to customize his own Fan Funding page. This can include “thank you” videos that play for each donor. Channels already testing out the Fan Funding feature include Soul Pancake, The Young Turks, and “King Of Random” Grant Thompson.

Here are some other items Wojcicki discussed during her VidCon presentation:

Expect to see all of these changes rolling out across YouTube in the next couple of months.