Twitch Teams Up With YouTube For New Annotation Feature 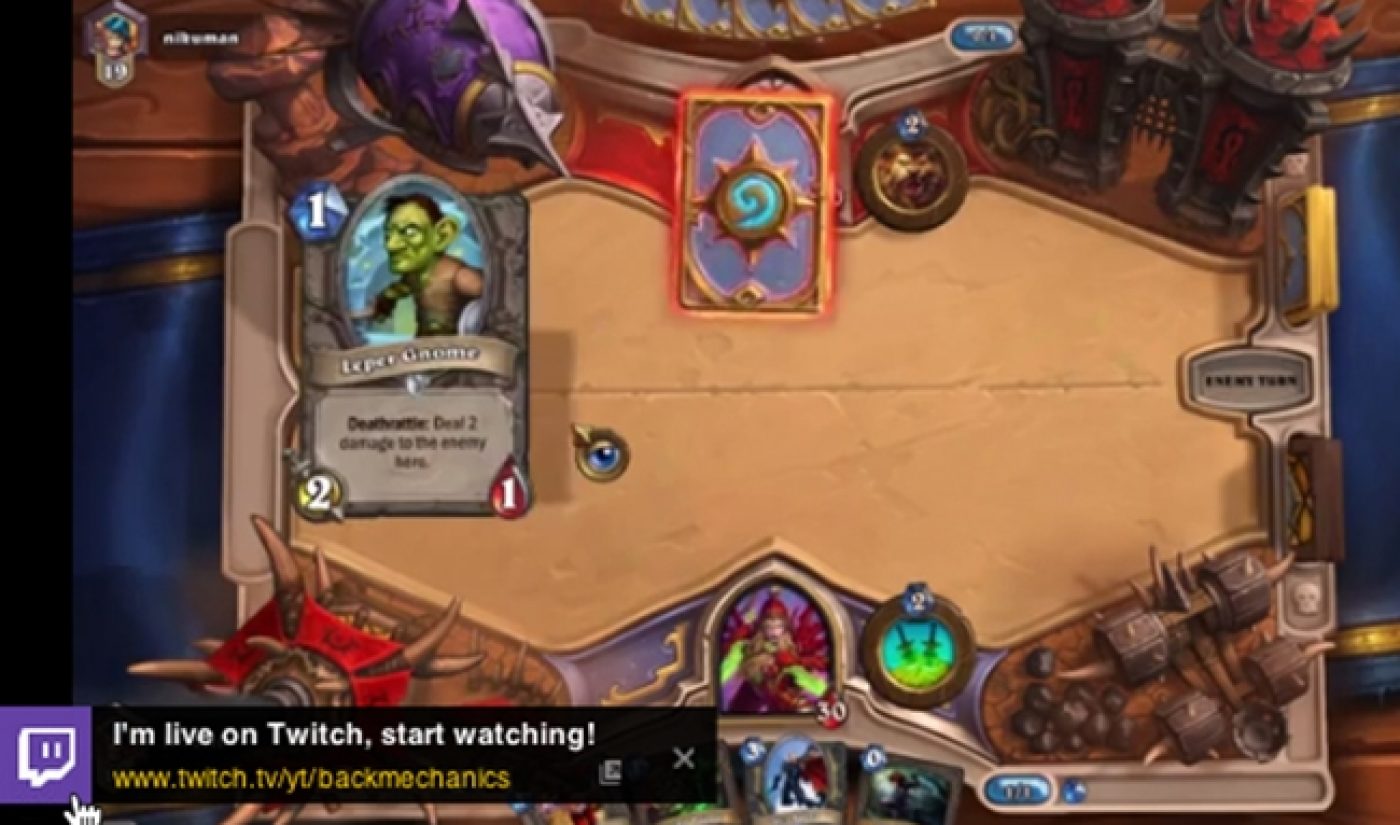 If reports are to be believed, Google will soon purchase Twitch for $1 billion. While that deal hasn’t been confirmed, the two companies are already showing signs of collaboration. A new Twitch feature allows users to put an annotation on all of their YouTube videos whenever they begin a live stream.

The feature is similar to one that already exists between Twitch and both Facebook and Twitter. When enabled, it ties Twitch users together with any linked YouTube accounts by placing a neat notification in the bottom-left corner of the YouTube player. “These alerts are designed to direct people watching your videos on YouTube to your content as it happens on Twitch,” explains an introductory blog post from Twitch, “keeping your current audience up to date and even bringing new viewers to your channel.”

Google’s rumored Twitch acquisition was first rumored a month ago. A completed deal would represent the next stage in Twitch’s massive growth; the company has grown tremendously since its launch in 2011, scoring 12 billion minutes of watch time in 2013.

While the new feature is not necessarily a direct result of Twitch’s dealings with YouTube (both companies declined to discuss any potential talks with each other), it brings the two platforms closer together, thus allowing any future integration to go off at least a little bit smoother. At a more basic level, the new tool makes it much easier for online gamers to keep their respective audiences in one place.