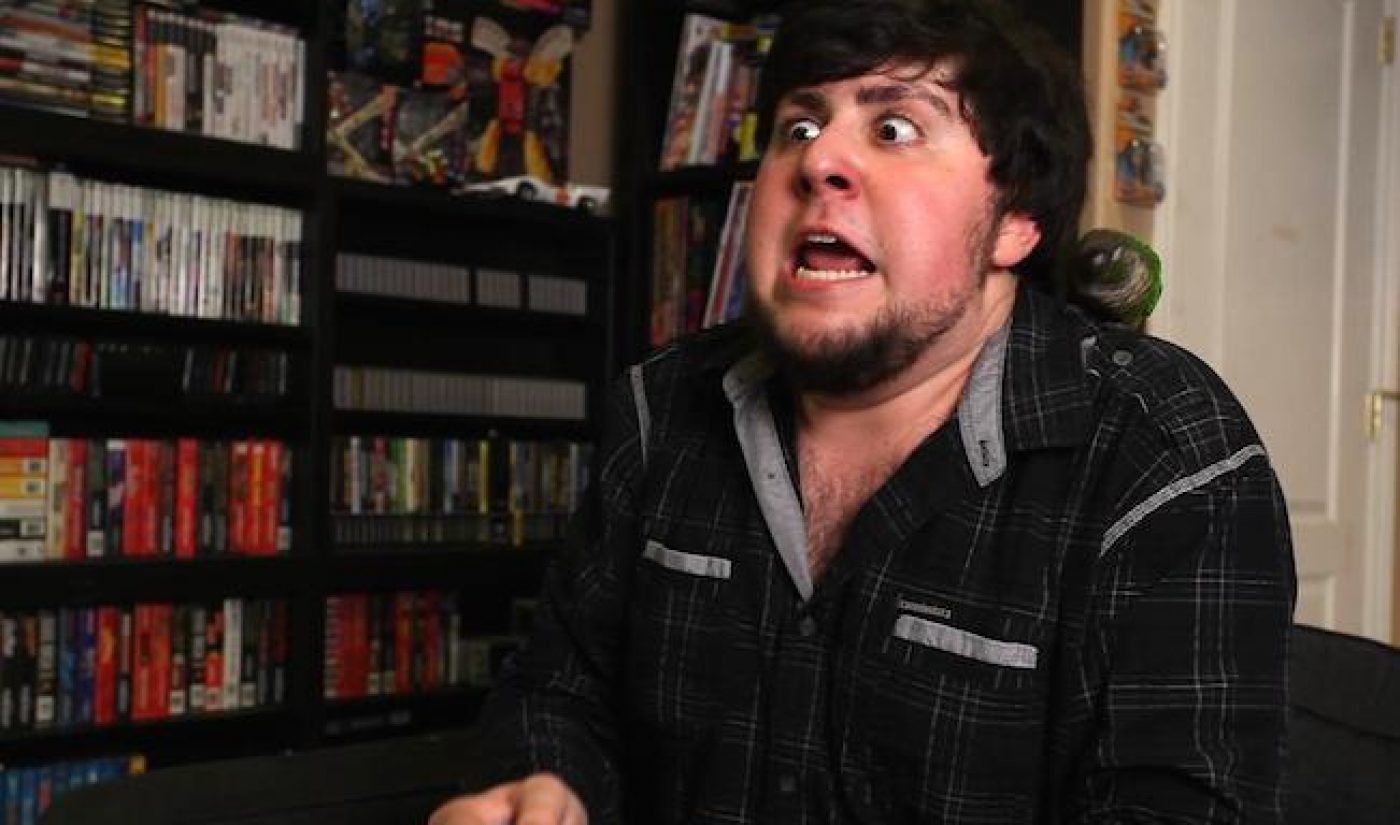 Jon Jafari started his video game-centric YouTube channel under the banner of JonTron back in August 2010. In the time since, the New Yorker’s comical, critical, and sometimes nostalgic look at terrible video games (and occasionally other pieces of very bad entertainment ephemera) have amassed quite the following. And it’s easy to see why. Jafari covers the very popular online video gaming genre unlike anyone else, by way of compelling takedowns with a Mystery Science Theater-esque spin. Plus, the dude’s got a pet parrot that sits on his shoulder while he plays.

JonTron officially hit the one million subscribers mark on YouTube on May 7, 2014. We caught up with him to ask how it feels to cross the seven-figure sub threshold, what all goes into the making of his videos, and what he’s planning next.

JonTron: It feels great, it really does! I just want to thank each and every one of them for sticking with me through the years. It can be difficult to keep it together and keep churning out content, but it’s always worth it when they’re satisfied with the content we create.

TF: How many of the games you review have you actually played before you review them? Do your videos involve a “test run” of any sort?

JT: I get an idea of what the episode can be about, but most of my reactions to the game are first time reactions and I try to keep them as genuine as possible. Obviously we embellish, but it’s not all an act.

TF: When you’re putting a new video together, how much do you focus on the “skit” sections vs. the actual gameplay?

JT: I try to focus entirely on the gameplay, I don’t like chewing the scenery with skits. Just about every time I do that I regret it. I try to make sure any extra jokes that are in there serve to make the gameplay funnier.

TF: Some of your most recent videos have also been some of your most popular ones. Are there ways you think you’ve honed your style as you’ve gained more experience with The JonTron Show?

JT: Of course with more practice always comes refinement. I think it’s funny to say I have refined what I do, considering I never expected it to grow to be what it has become, but I really do feel like I know better what jokes work and what jokes don’t. Trimming the fat, as they say?

TF: Do you have a least favorite game out of all the ones you’ve reviewed on your show?

JT: I tend to form a relationship with every game I play even if it’s bad, but I’ll tell you there are some games that were a pain in the ass to capture for one reason or another. I think I can safely say out of all the games I’ve played, Space Ace is the one that give me the most PTSD. I really don’t like that game.

TF: You’ve reviewed a few movies, too. Any plans to try out a crappy TV show sometime?

JT: I have already, with Goosebumps! Although I wouldn’t consider it crappy, I love that show.

TF: How successful have you been in bringing your fans over to Normal Boots? Ultimately, would you like to move your whole audience there?

JT: The NormalBoots project has been a complicated one. It seems like problems always crop up stopping us from fully being able to commit our audiences there safely. I will say though that we are happy if people enjoy watching on YouTube or NormalBoots. We really appreciate any patronage.

TF: What’s next for your channel? Any fun plans for it?

On Deck (channels that will soon reach one million subscribers): NachoPunch, TMZ, xRpMx13