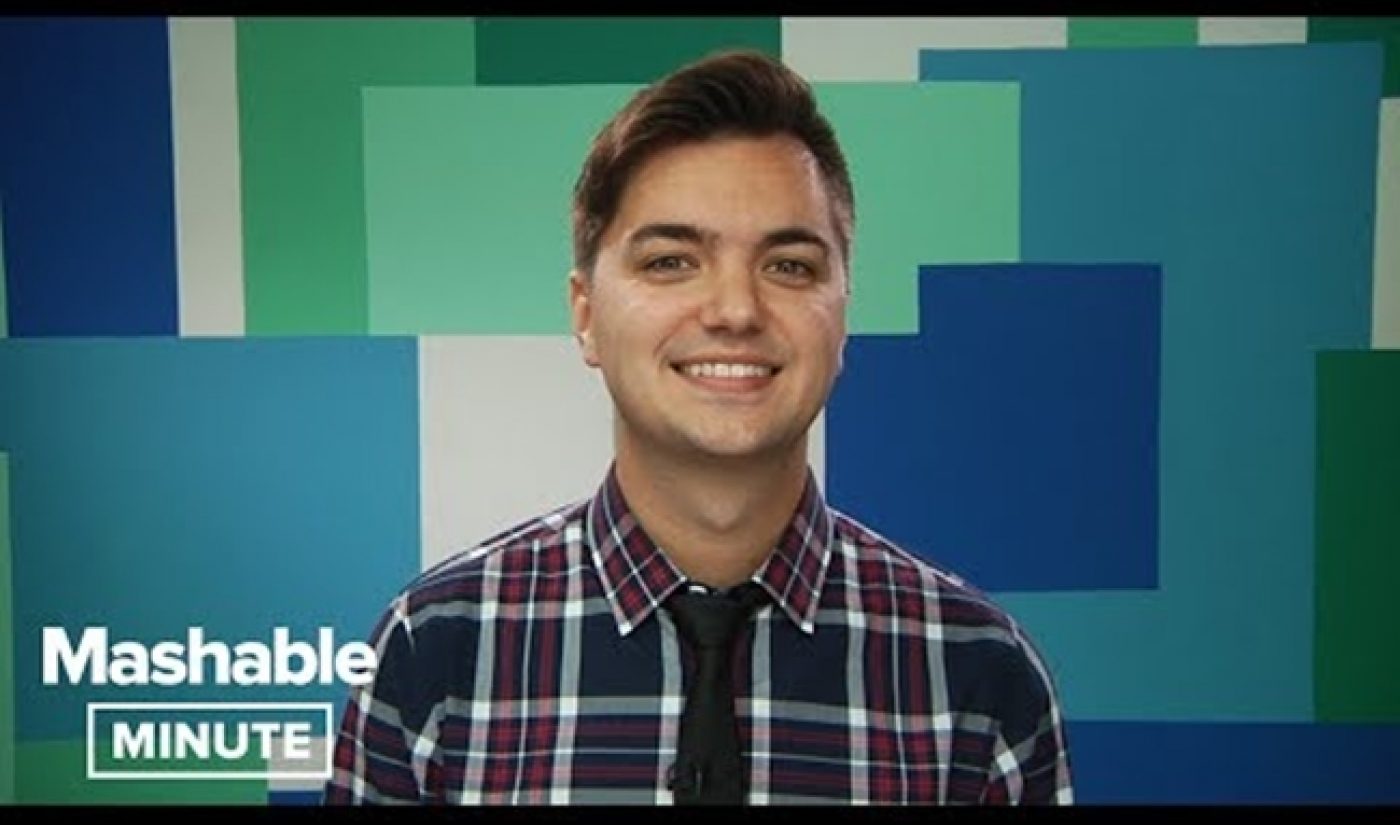 Elliott Morgan‘s first new gig since leaving SourceFed takes him to Mashable. Morgan is the host of the Mashable Minute, a daily series where he spends sixty seconds discussing a whimsical topic.

As Morgan explains in his intro video for the series, Mashable Minute topics will range from “science to technology and web culture [and] memes,” with Morgan commenting on stories that are relevant to Mashable’s audience. His first 60-second exploration looks at a study that compares Netflix and sex, with a link to the relevant Mashable article in the description.

Morgan’s involvement with the Mashable Minute goes beyond the 60 seconds he spends on screen. He will also engage with his fans by exhaustively responding to their YouTube comments. Morgan has always been a prolific commenter, and the first two installments of his new show include dozens of his replies to viewers. In fact, I bet he’ll even reply to this article if we ask him nicely.

The Mashable Minute is produced by Collective Digital Studio, which struck a deal with Mashable last November. The hope is that Collective DS’ production talents will help the Mashable YouTube channel strike a greater chord with Millennials. Enlisting an ex-host of one of YouTube’s most popular news programs is a good step in that direction.

Indeed, the Mashable Minute has a lot in common with SourceFed, which Morgan (and fellow host Meg Turney) left last month. Both shows have their eye on offbeat news items, to which they apply irreverent analysis. Clearly, the apple (or, in this case, the well-coiffed YouTube host) hasn’t fallen too far from the tree.