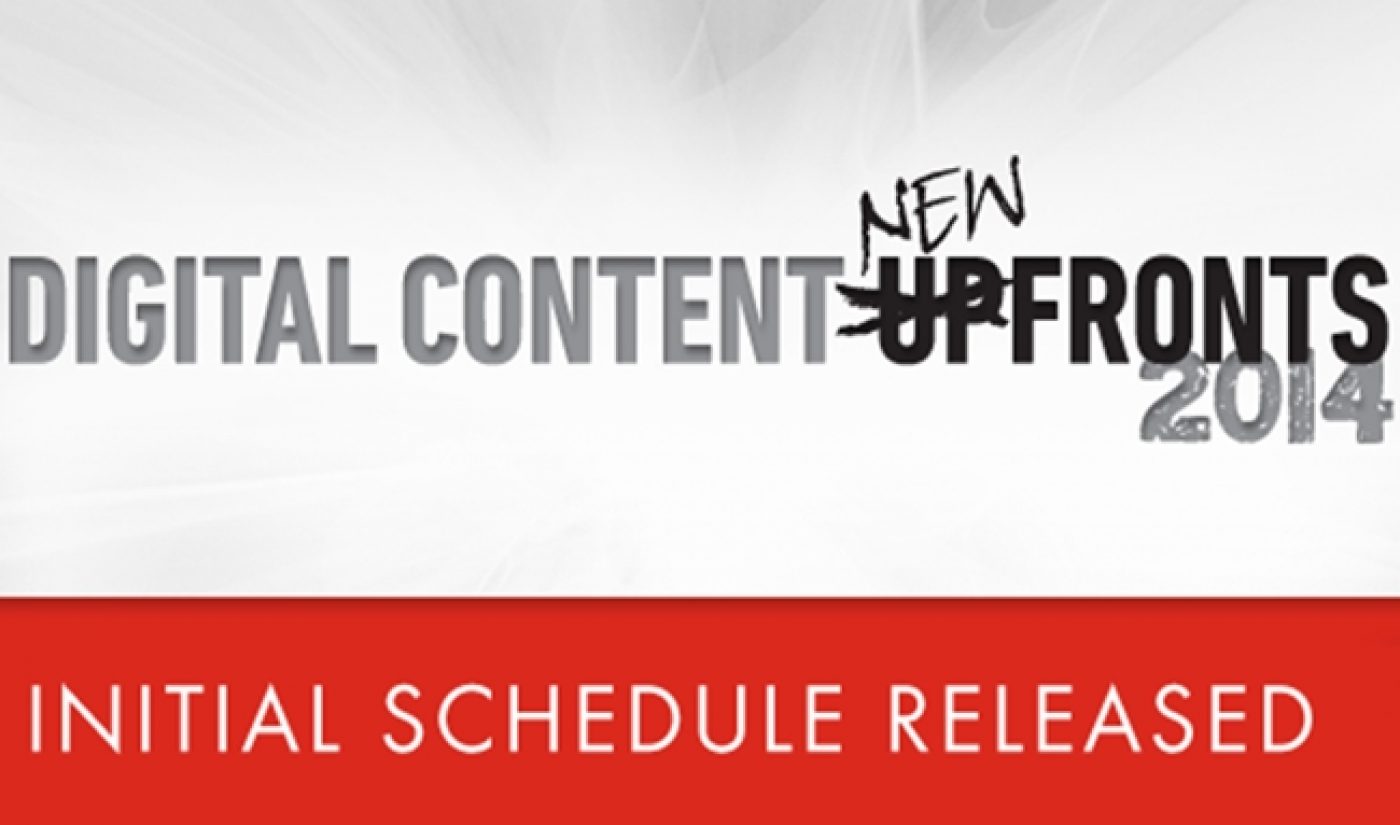 Last year, 18 media companies flocked to New York City to pitch advertisers on their upcoming programs during the Digital Content Newfronts. The Newfronts are our annual look at content on the horizon and usually feature plenty of big announcements. This year, the Newfronts will be bigger than ever before, with at least 22 presenters set to unveil their future releases to Madison Ave buyers.

In order to accommodate the increased number of presenters, Newfronts organizer IAB has opted to extend the event to a two week schedule for the first time. The six founding partners of the Newfronts–AOL, DigitasLBi, Google/YouTube, Hulu, Microsoft and Yahoo–will all present during the first week. YouTube’s annual Brandcast, usually the most anticipated presentation of Newfronts week, will return to the same Wednesday evening slot it occupied last year.

The second week currently has plenty of open slots, but a release from IAB explains that “even more original digital video creators will be accepted for coveted slots within the remainder of the official schedule.” Here is the complete grid as it stands right now: As was reported earlier this week, Maker Studios will make its first ever official presentation at Newfronts, with other MCNs potentially scooping up some of the remaining slots. Other newcomers include Vice, Buzzfeed, Time Inc., and Popsugar.

We’ll have more on Newfronts as the rest of the schedule is filled. As always, Tubefilter will provide extensive coverage of the event once the pitches begin on April 28th.

UPDATE: According to the IAB, Discovery (initially noted above as the morning session on April 29th) will not be participating in this year’s Newfronts.