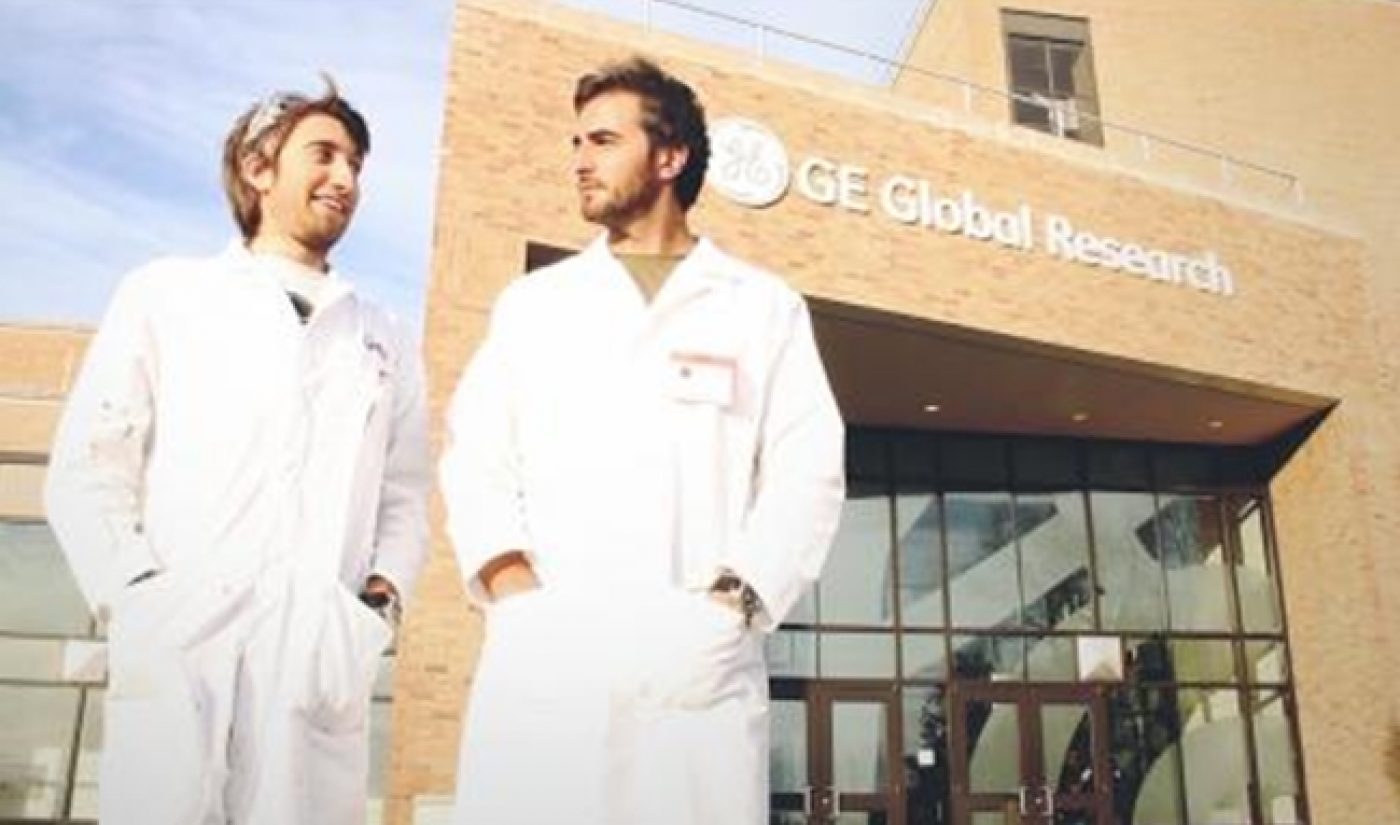 The Slow Mo Guys have delivered some of YouTube’s coolest videos, but it sure seems like they’re running out of ideas. Most of the videos Gavin Free and Daniel Gruchy have released in the past eight months are some iteration of ‘watch something blow up in slow motion‘, and while that’s always cool, a little variety couldn’t hurt. Luckily, General Electric has swooped in to save the day. It invited The Slow Mo Guys to its New York City lab and allowed them to film some of the company’s coolest innovations in slow motion.

The Slow Mo Guys featured two of these ‘experiments’ on their channel. In one, they sprayed colorful liquid against a hydrophobic surface. In the other, they played around with a magnetic liquid ripped straight out of Terminator 2. How cool are these scientific innovations? Too cool. The slow motion is just the icing on the cake.

On the official GE channel, The Slow Mo Guys appear in two more videos: One showcases a cold spray used to repair materials by pelting them with metal powders at high speed, while the other shows off MEMS, a system capable of turning a light switch on and off 10,000 times a second. Science is fairly extraordinary, you guys.

GE is no stranger to online video, having previously used Vine to teach bite-sized science lessons. This latest brand campaign allows the company to show off some of its coolest products while also giving The Slow Mo Guys some fresh fodder. It’s a win-win.