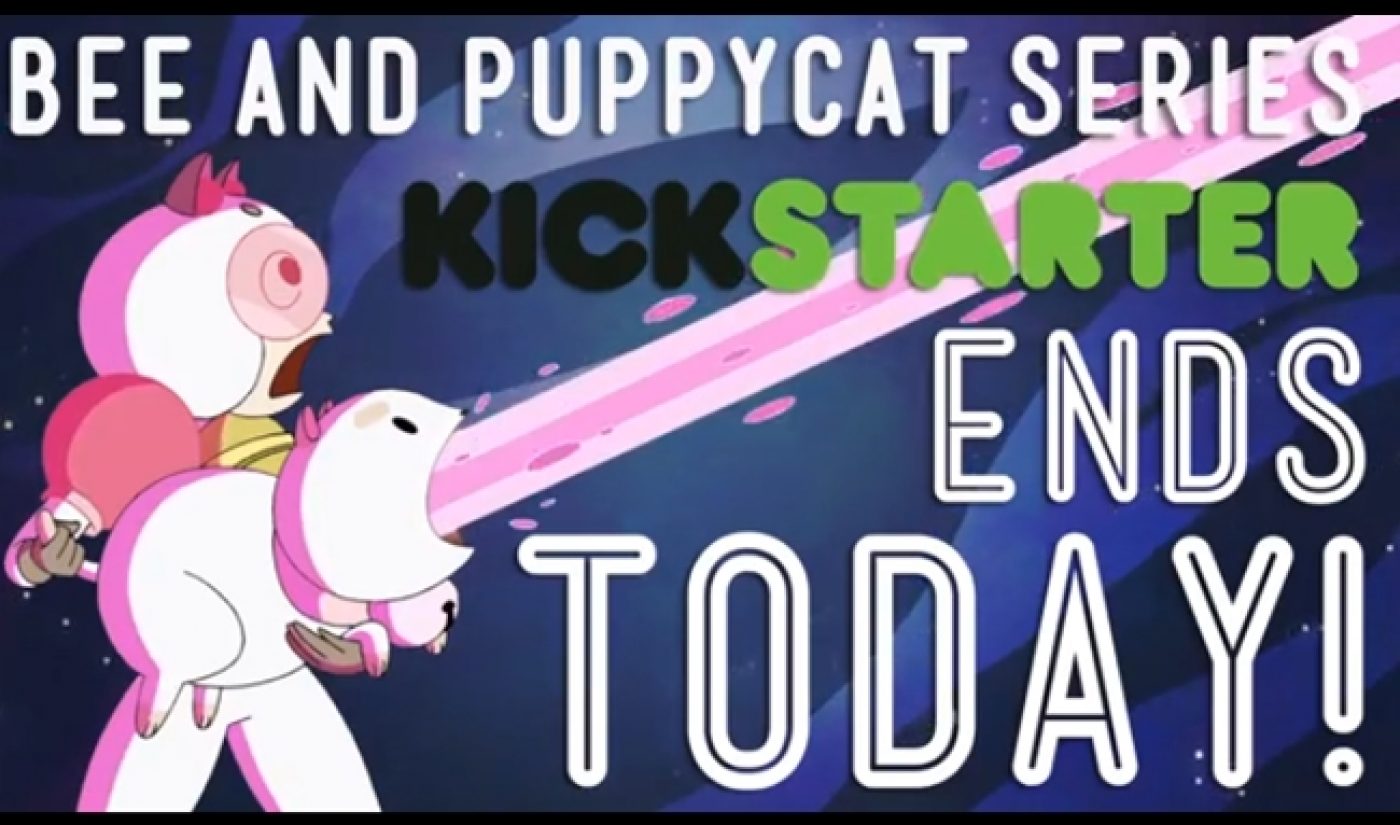 Frederator Studios‘ Kickstarter campaign for Bee and Puppycat has concluded, but not before taking down some site records. The animation project from Adventure Time storyboard artist Natasha Allegri raised $872,133, becoming the most funded web series project in Kickstarter history.

Bee and Puppycat, which began as a two-part short on Cartoon Hangover back in July, easily reached its initial goal of $600,000. After it achieved that mark, stretch goals encouraged fans to keep donating, and they responded with aplomb. Based on the final total, Frederator will be able to fund nine episodes of Bee And Puppycat, with some change left over.

Freddie Wong previous held the record for the most funded web series project on Kickstarter, but Bee and Puppycat exceeded the final total of his Video Game High School season two campaign by $63,792. Overall, Bee and Puppycat is the fourth-most funded film/video project on Kickstarter, behind entries from Hollywood directors Rob Thomas, Zach Braff, and Spike Lee. That’s some pretty good company.

Bee and Puppycat owes its runaway success to Adventure Time‘s popularity. It first gained attention thanks to Allegri’s association with the Cartoon Network hit, and that allowed it to attract a whopping 18,209 backers, over 7,000 more than VGHS.

Of course, Bee and Puppycat also gained support because it is very good. It’s well-written and animated with great attention to detail. I’m on the record as a huge fan, so I’m elated to see the Kickstarter perform so well. I’m now eagerly awaiting the nine upcoming episodes, and you should be excited, too.