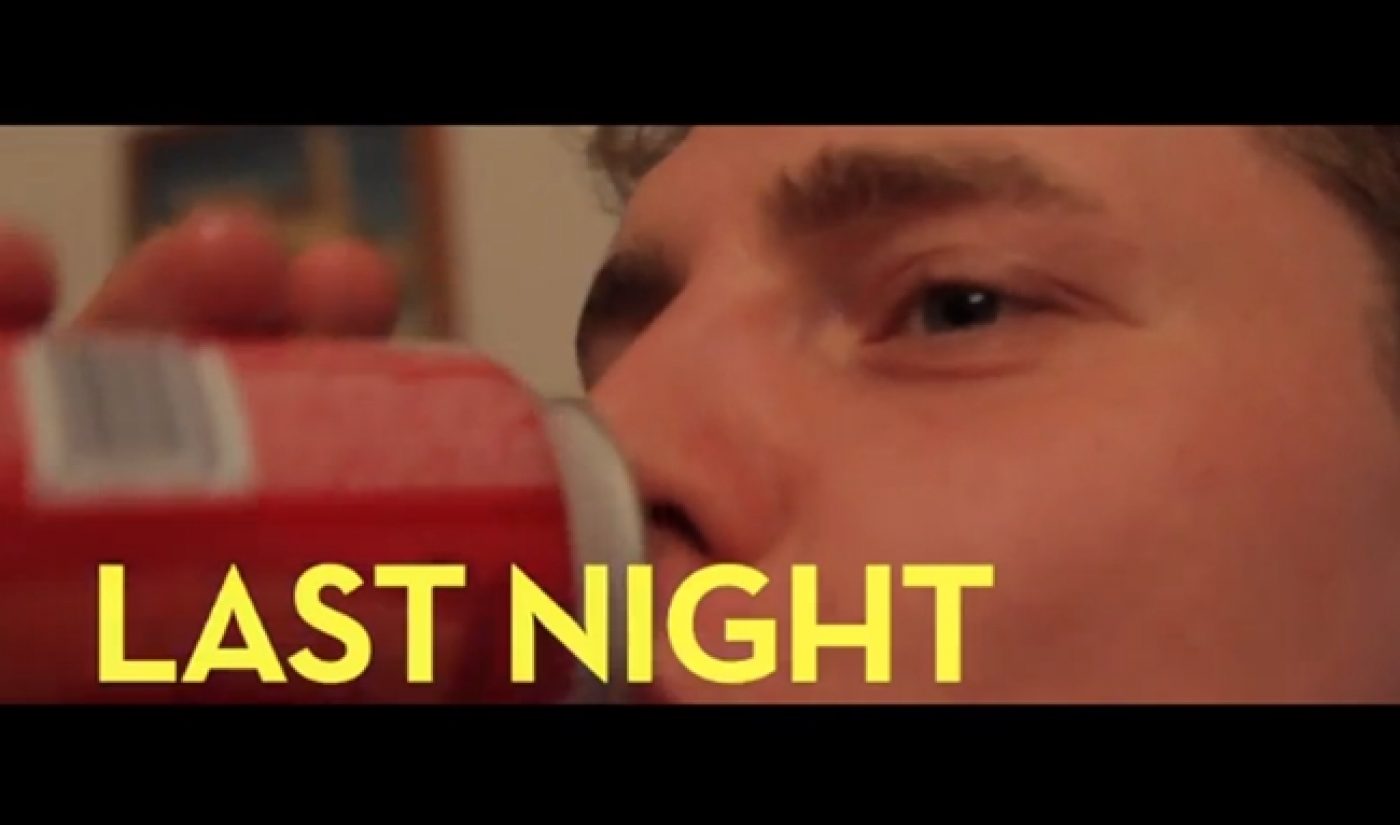 A web series starring a quartet of New York funnypeople condenses The Hangover‘s central question–“What happened last night?”–into a succession of two minute segments. The series is called Last Night, and it follows its leads as they meet for brunch in the mornings after their craziest benders.

There are plenty of UCB credits among Last Night‘s cast and crew, and the series has the cadence and format of sketch comedy. Each episode features one long, protracted joke, with each of the four leads piling on each other’s crazy stories. At the same time, Last Night has some nice recurring in-jokes (most notably the late arrival of the token female character), and as you chew through each of the seven episodes, the characters begin to take form.

You’ve got to write what you know,” creator John Trowbridge told NYU Local. “I really wanted to write a Seinfeld-type of spin on what my experiences were at the time, which was just going out and partying and then just talking about it the next day with my friends. So I wrote a series about that and cast my best friends.” The result? A fun, easily-digestible series that anyone who has ever experienced a lazy, hung over Sunday can enjoy.