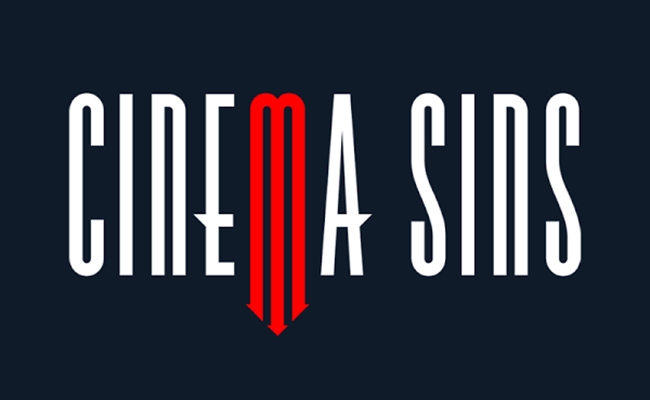 No movie is without sin. This is the mantra that drives Cinema Sins, a channel whose creators have amassed a huge following by finding as many errors as they can in well-known films. YouTube’s most popular nitpickers are now over a million subscribers, so we decided to ask them about their very funny and very critical channel. Hopefully they don’t find too many sins in this intro paragraph.

Tubefilter: What do you have to say to your one million subscribers?

Cinema Sins: How can you possibly have this much time on your hands? But seriously…probably just a huge thank you. And then maybe another one. We’re just glad that people find the videos entertaining. We didn’t exactly expect this kind of response, and it still feels a little odd, to be honest.

TF: Do you guys do Cinema Sins full time now or do you still hold other jobs?

CS: We both work on Cinema Sins full-time now, but that’s a fairly recent development. And crazy—it’s also a crazy development. But we’re not complaining, of course. Neither of us was ever very fond of the jobs we held previously.

TF: What percentage of the movies that you “review” do you actually enjoy? Does enjoying a movie make it easier or harder to nitpick it?

CS: We enjoy more of them than you might guess. We’re definitely not trying to judge a movie’s overall entertainment value or good-ness when we hold it up to our sin counter. If we had to put a number on it, it would maybe be around 30 or 40%, maybe a bit higher. Both of us worked in the movie theater business for years, and we actually love movies…we kind of thought that was more obvious than it apparently is to some folks. Regardless, it’s pretty easy for us to separate our own opinion on a film from its list of sins.

TF: What’s the nastiest piece of hate mail you guys have received?

CS: If you have a few days, we could wade into that sea and find something truly nasty. We definitely get some nasty messages from viewers, which is sort of understood–we’re making fun of someone’s favorite film every time out. But one of our favorite pieces of hate mail was a guy who was particularly offended by our narrator’s voice. He wrote a five paragraph rant about it. But he was so freaking polite in his grammar and word use it was incredible. How could someone so angry be so pleasant about it? It was basically the nicest-sounding “eff-you” we’ve ever received. We printed it out and put it on the wall.

TF: Do you think Cinema Sins has made it harder for you guys to appreciate movies?

CS: For us? Not really. It’s mostly about intent. If we’re watching a film in order to make a sins video, we just have entirely different priorities…we’re looking at different things, paying a lot more attention to the background and other details. You can’t really take in a movie fairly if you’re looking at it that way. We’re able to turn off the Cinema Sins ‘personality’ when we’re just watching a film for our own personal entertainment…so far, at least.

TF: Do you guys fashion yourselves more as comedians or movie critics? How do you strike a proper balance in your videos?

CS: Comedians first, and “movie critics” would fall somewhere further down the list. We’re not even remotely suggesting that a particular movie’s sin count means you shouldn’t see it or shouldn’t enjoy it. What we’re doing is more about hyper-analysis in the name of fun. There’s a bit of critique in there, a bit of analysis, and we do try to be as accurate as we can on the detail stuff, but fun is the chief goal, for ourselves and for our viewers. A lot of people ask us for our real opinions or for real reviews, and we may do something with that one day. But for now we’re just pointing out sins.

TF: Which would you rather watch: A perfectly passable but not amazing movie, or a horrible piece of crap filled with flaws you can exploit for comedic effect?

CS: The horrible piece of crap, every day of the week. You can have a truly memorable experience watching a terrible movie as long as you’re willing to go that route. It also helps to know in advance that a ‘bad movie experience’ is what you’re getting into. But a movie that’s completely average? That’s not memorable at all. Those are the movies that end up feeling like the biggest waste of time.

TF: Recently you’ve expanded to include other shows on the Cinema Sins channel. What informed your decision to expand the channel, and do you have plans to add any other new shows in the coming months?

CS: Plans? We are in way too far over our heads to have much in the way of plans. We definitely have lots of ideas, both for this channel and even some other stuff. But mostly we’re just trying to continue giving the audience the sins videos they seem to enjoy while experimenting here and there with some of our other ideas. At some point we’ll make some plans… probably.