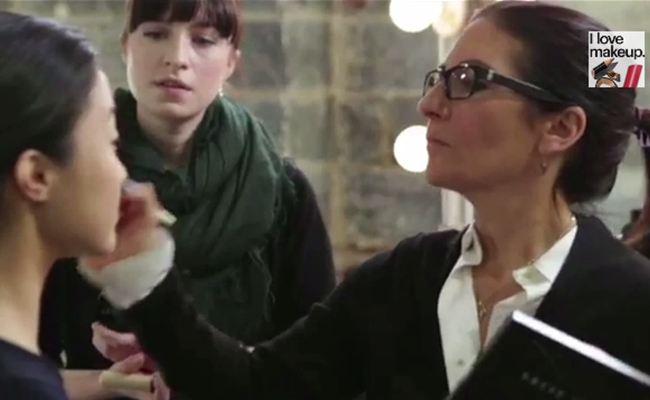 Bobbi Brown is getting into the YouTube game, and she’s enlisting the help of one of YouTube’s most prominent networks and a handful of its top creators. The founder of Bobbi Brown Cosmetics has partnered with Collective Digital Studios for I love makeup., a new channel featuring a septet of beauty-related programs.

The launch lineup for I love makeup. is a mixed bag. Some shows, like Grace Helbig‘s star-studded Grace’s Faces (featuring iJustine, Hannah Hart, Glozell, and others) and the Taryn Southern-led Pretty Party, will score views by bringing in notable YouTubers. Others, like Haute Wheels (which features in-car makeovers) and Say It With Makeup (where visual artists create pieces using makeup as their medium), will run with a unique gimmick. The other three launch titles–Get Ready With Me, Inspiration Station, and Beauty Dos, Don’ts, and Duhs–are all takes on the makeup tutorial format that has become so popular on YouTube.

By teaming up with Collective DS, I love makeup. gains access to a wide network of YouTubers. “I love makeup., and I see the same appreciation for makeup artistry on YouTube,” said Brown in a press release, “Because so many YouTube stars were using my makeup in their videos, we decided to partner with some of them to fully engage them and to reach a younger audience the way only YouTube can.”Aside from Helbig and Southern, a number of online beauty gurus will feature prominently on the new channel, including Weylie Hoang, Alexa Losey, Sophia Chang, and Claire Marshall.

I love makeup. launches in earnest on September 10th, so check back then if the channel’s title speaks to you. If it doesn’t, well, there are a lot of other YouTube channels out there.