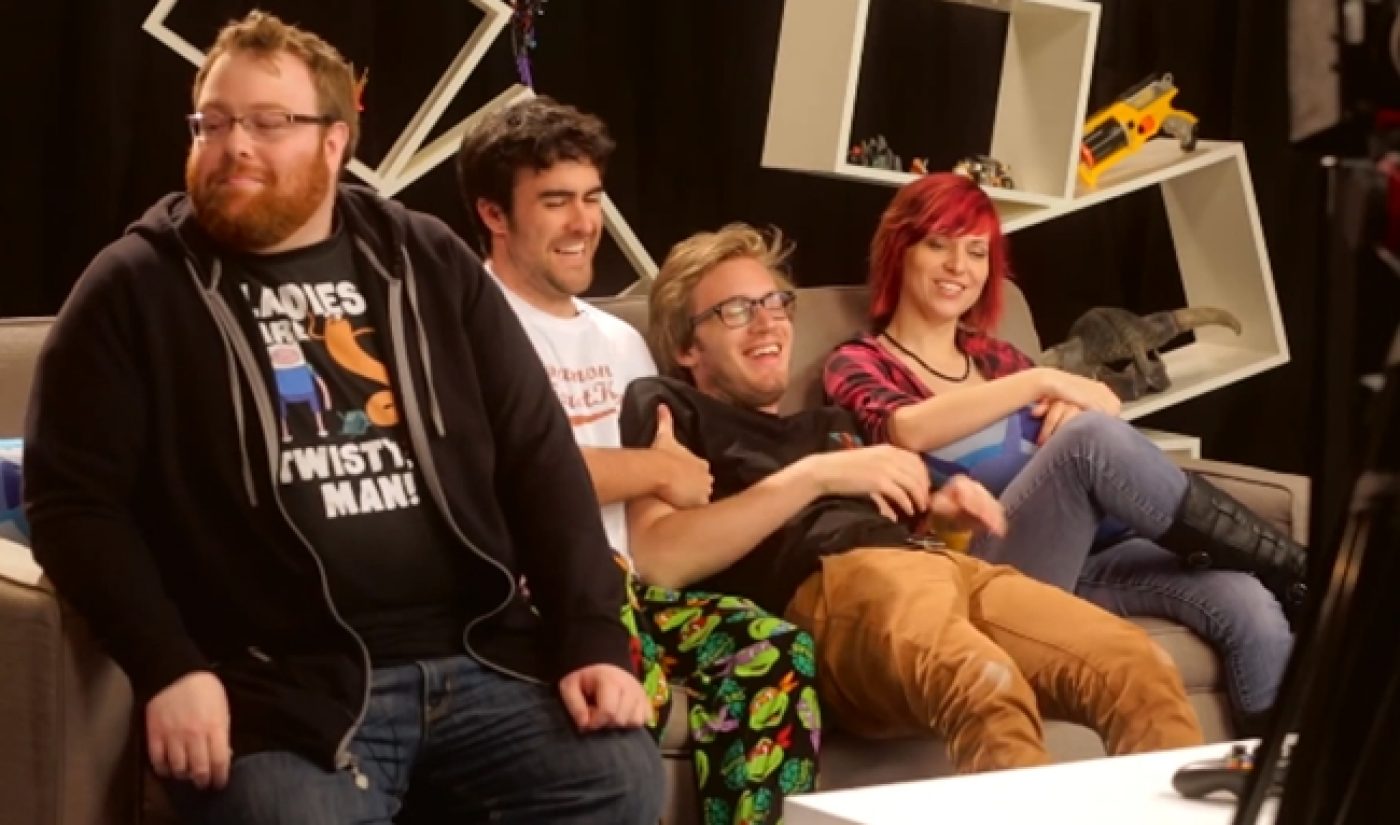 Machinima is the multi-channel YouTube network with the most gaming-focused content, but one of its biggest competitors also knows how to get its game on. Maker Studios has rebranded The Game Station as Polaris and has given the channel a much needed makeover in time for Geek Week.

Polaris features content from Maker Studios most prominent gamers, including the hottest YouTube creator in the world: PewDiePie. The boisterous Swede hosts one of the channel’s new programs, PewDiePie & Friends, where he meets up with other Maker Studios creators for a few hours of local multiplayer. Judging from the first episode, the show is attempting to capitalize on the rampant success of Rooster Teeth and Smosh Games. It’s a good idea, but the Maker Studios all-star team will need to display more chemistry to match the charisma of those two gaming groups.

Beyond PewDiePie, Polaris features content from several of YouTube’s top channels. Yogscast (the 18th most subscribed channel on YouTube) has a large presence, HuskyStarcraft shows up, and Toby Turner will make an appearance in the future.

The rebranding effort, however, is about more than just video games. Instead, Maker Studios wants to brand Polaris as a geek hub, replete with original shows and news programs. “By re-launching our gaming channel as Polaris, we’ll be able to focus not only on videogames, but offer original content that embodies our deep love of pop culture, movies, comics and all-things-geek,” said Polaris VP Dar Nothaft. “We are excited to bring all of our talent together in one collaborative hub—the new center of geek culture.”

Polaris will put its status as a geek locus to the test when it hosts the ‘Gaming Thursday‘ during Geek Week. It will unveil new videos and collaborations while spotlighting dozens of gaming channels on YouTube. I’d guess a good portion of those featured channels will be under the Maker umbrella.