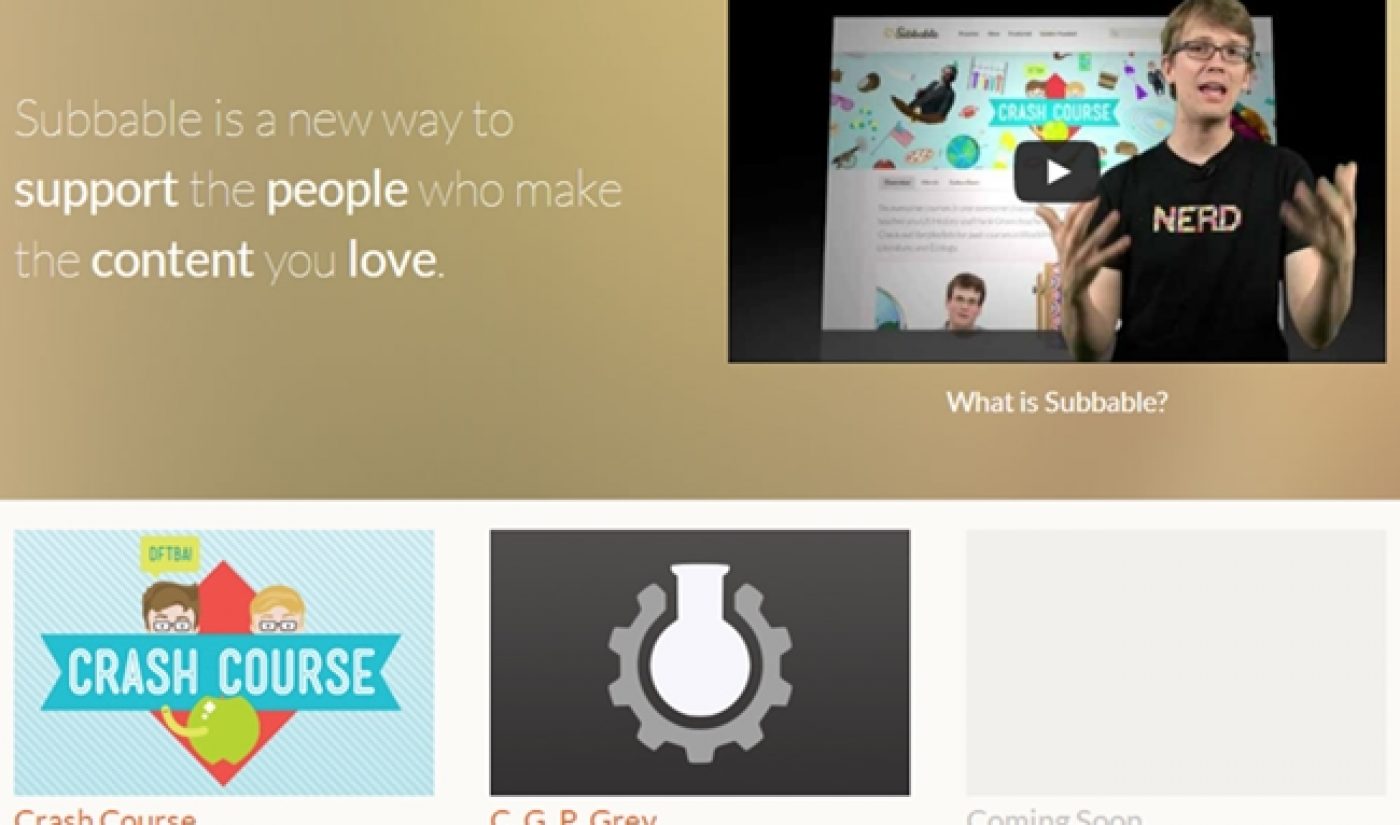 Our first story out of VidCon appropriately concerns the convention’s co-founder, John Green. The author and Vlogbrother was one of the first people to take the stage during Thursday’s Industry Day, and as expected, he discussed he and his brother Hank’s new online video platform, Subbable. As Green explained, the site’s launch is going swimmingly, as the two initial programs featured on it have combined to raise more than $30,000 in monthly subscription fees.

For the uninitiated, Subbable asks users to pay as much as they want to subscribe to a particular show, and shows how much funding each show needs to reach its monthly goal. The Vlogbrothers’ Crash Course show now has more than 10,000 subscribers on the site, but is still only 83% of the way to its monthly funding goal. Meanwhile, CGP Grey‘s Subbable page has already raised 174% of its necessary monthly budget, because CGP Grey is the best.

Much of John Green’s keynote hit on similar points as Grey’s Subbable video. Most importantly, he noted the importance of building a platform based around fan bases rather than advertising dollars. “If you’re authentic toward your community and don’t focus on the ads, your audience will support you,” he explained. He also noted how viewers “are the most valuable aspect of a profession as a creator.”

There’s no doubt Green is idealistic, but the $30,000 start is a promising one. We can expect Subbable’s library to expand soon enough, and if fans don’t get sick of the site’s novelty, we can expect to see a couple more zeroes added to its income.