Vlogbrothers Launch Subbable, A ‘Pay What You Want’ Video Platform 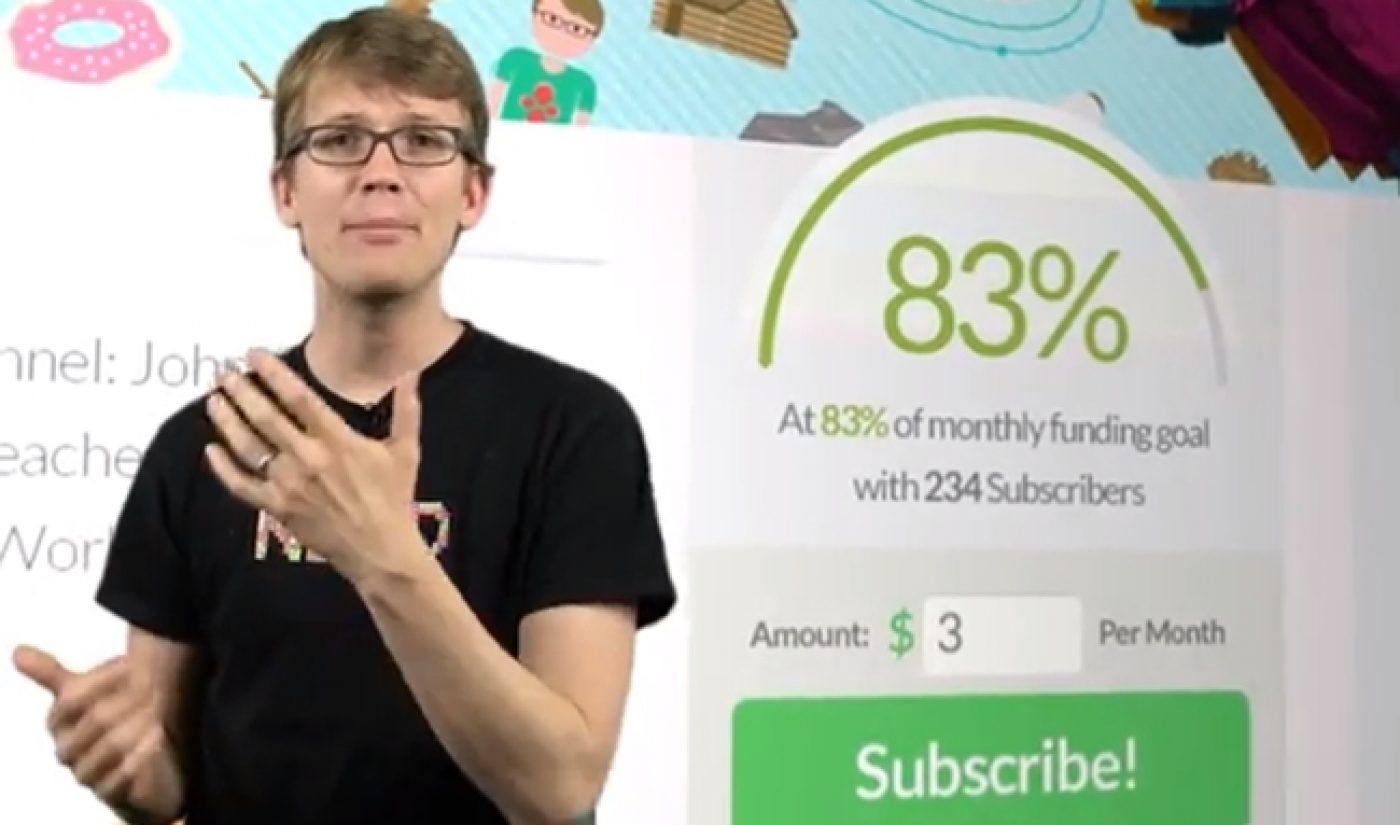 It didn’t take long for Hank Green to reveal how he plans to confront YouTube’s constant changes to his subscriber base. After posting a critical video where he first thanked world’s most popular video sharing site for the vast opportunities it’s afforded him and then bemoaned the site for its meddlesome behavior, Green and his brother John have launched Subbable, a ‘pay what you want’ service for the online video industry.

Subbable combines elements of Kickstarter with the basic format of other pay what you want services such as Bandcamp and the Humble Bundle. Creators post their project on the site, where fans can subscribe for whatever amount of money they choose. A monthly meter shows how much more funding a show needs to stay running, and subscribers who give a monthly donation build up an equal amount of money in their personal “perk banks”, where they can ultimately redeem their funds for Kickstarter-like rewards.

“An advertising driven internet can only ever care about how many people see something, not about how much those people care about it or how much they benefit from it,” explains Hank Green in the site’s intro video, “and that’s why my brother and I created Subbable: A voluntary subscription platform that allows audiences to directly support the projects they love in an ongoing way.”

Unsurprisingly, one of the first series offered on Subbable is Crash Course, one of Hank and John’s two entries in the YouTube Original Channel Initiative. The Green brothers have not been shy about disclosing the show’s financial difficulties, and relying on his dedicated army of Nerdfighters is as good a way as any to raise the funds he needs to keep the show alive.

Green, as one of the executive producers of The Lizzie Bennet Diaries, understands the power of a dedicated fanbase. A pay what you want platform has long been needed in the online video space, and with the Vlogbrothers offering their full support, Subbable should be able to deftly fill that need.