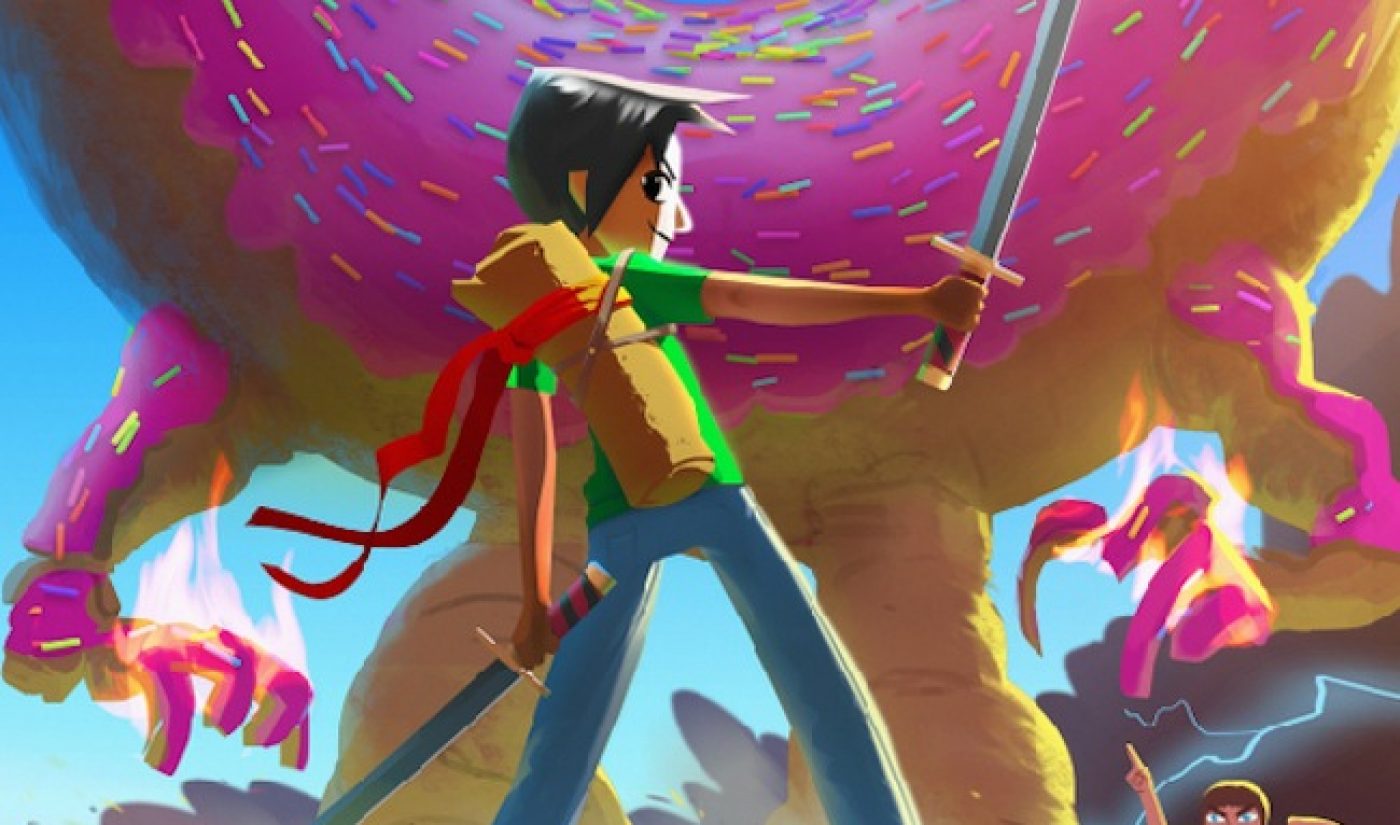 Since way back in 2006, Ian Hecox and Anthony Padilla of Smosh (aka the current most-subscribed YouTube channel with 11.4 million subscribers and counting) have peppered each other on camera with edible products and non sequiturs for their annual and epic Food Battle.

In 2012, the fans got in on the action by way of an elimination bracket, in which the populace chose Padilla’s egg roll to take on Hecox’s pink frosted sprinkled donut. For 2013, the world’s largest video sharing site’s most popular comedic duo thought of incorporating its massive fan base in a much bigger way.

Hecox and Padilla just announced the launch of their Indiegogo campaign dubbed SMOSH Food Battle: THE GAME. And the crowdfunding initiative is exactly what it sounds like. The pair are looking to raise $250,000 so they can produce and distribute a video game for iOS and PC based on their Food Battle videos. Here’s the pitch:

If you’re hesitant to contribute because specifics are scant and the pair is still in “brainstorming mode,” you shouldn’t feel worried about parting with some of your disposable income in exchange for one of the many perks. That’s because this isn’t Smosh’s first foray into video games. Hecox and Padilla released the 8-bit side scroller Super Head Esploder X in February 2013. It became one of the top 10 most downloaded apps worldwide in Apple’s App Store the weekend after its release.

This also isn’t the first time a high-profile YouTube personality has gone to Indiegogo looking to raise funds for a game. Toby Turner (aka Tobuscus) recently concluded a very successful fundraising campaign on the crowdfunding platform. The highly personable individual and avid gamer raised $642,779 during to create a video game version of his popular Tobuscus Adventures cartoon.

Interested persons can get excited about a full-fledged video game version of Smosh by checking out the poster below and then donating to SMOSH Food Battle: THE GAME here.