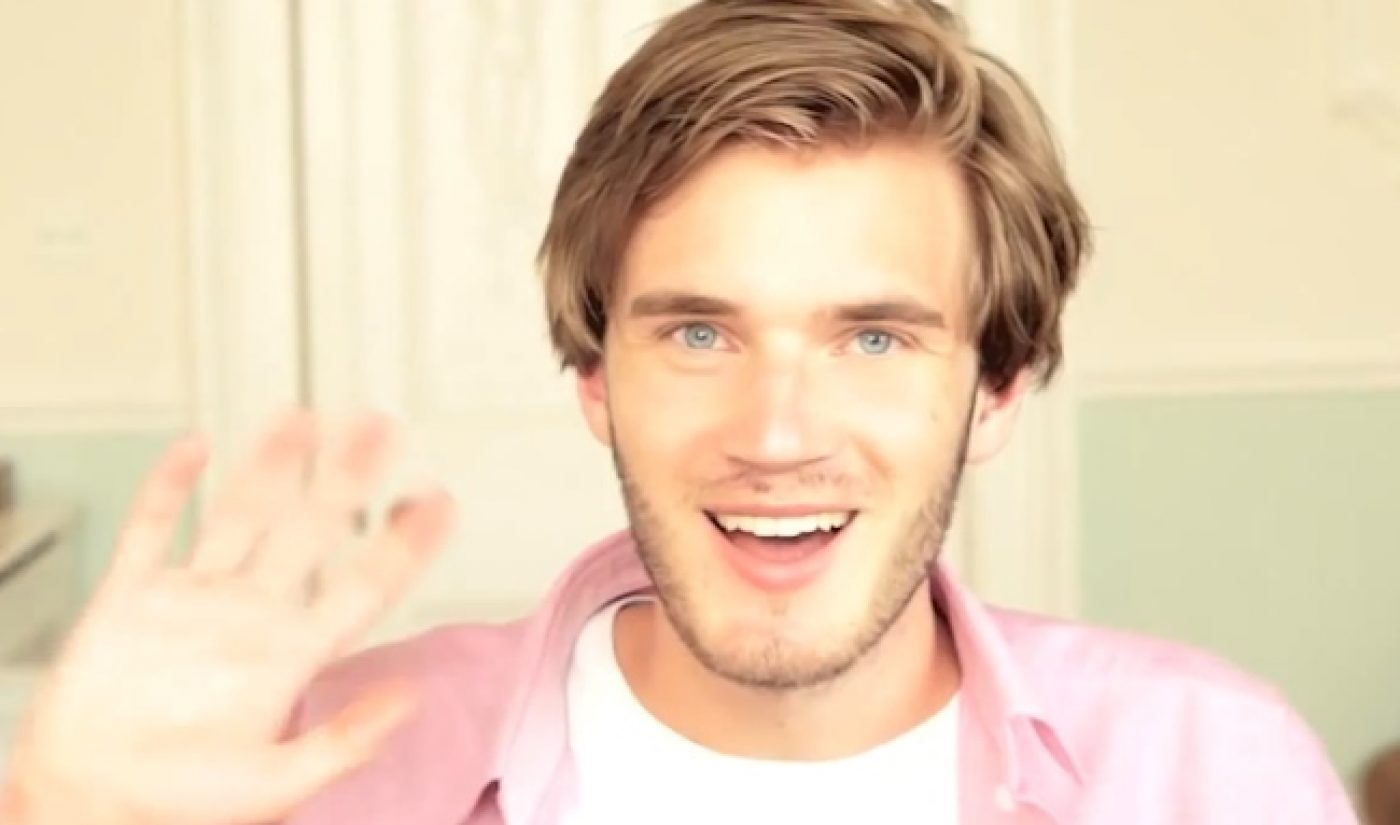 The online gamer who’s pwned the Top Most Viewed YouTube Channel Charts over the past several weeks and banked more than 208 million views in the month of June alone just scored a major accomplishment on the world’s largest video sharing site. Felix Kjellberg’s PewDiePie is now only the second channel ever to reach the 10 million subscriber mark.

The 23-year-old from Sweden’s subscriber numbers crossed into the eight digits around Tuesday, July 9. That’s 46 days after Ian Hecox and Anthony Padilla’s collection of comedy shorts known as Smosh first hit the mark (and 6 days after it passed 11 million subscribers).

In celebration of the occasion, Kjellberg released an uncharacteristic video in which he talks directly to the camera as himself (rather than yelling to the camera while playing video games as his PewDiePie persona) and solicits his now 10-million-person-strong subscriber base (or as Kjellberg calls it, his “Bro Army”) to donate money to charity: water. The YouTube sensation is looking to raise $250,000 to bring clean drinking water to 12,500 human beings who have never before had easy access to it. Here’s the pitch:

Kjellberg pledges to donate $1 of his own for every 500 views the above video gets, with a cap of $10,000. The YouTube Multi-Channel network to which he belongs, Maker Studios will do the same. Select benefactors will also have the opportunity to obtain a few crowd-funding-like “perks” based on their donation level, including postcards, shirts, and gaming headphones.

The campaign went live on Friday, July 12. It’s already more than halfway funded and well on its way to reaching the quarter million dollar goal in a matter of just a few more days. It’s impressive in a number of ways and makes one smile to think Kjellberg, Hannah Hart, and other online video stars with sizable and actionable subscriber bases are activating those subscribers in altruistic ways.