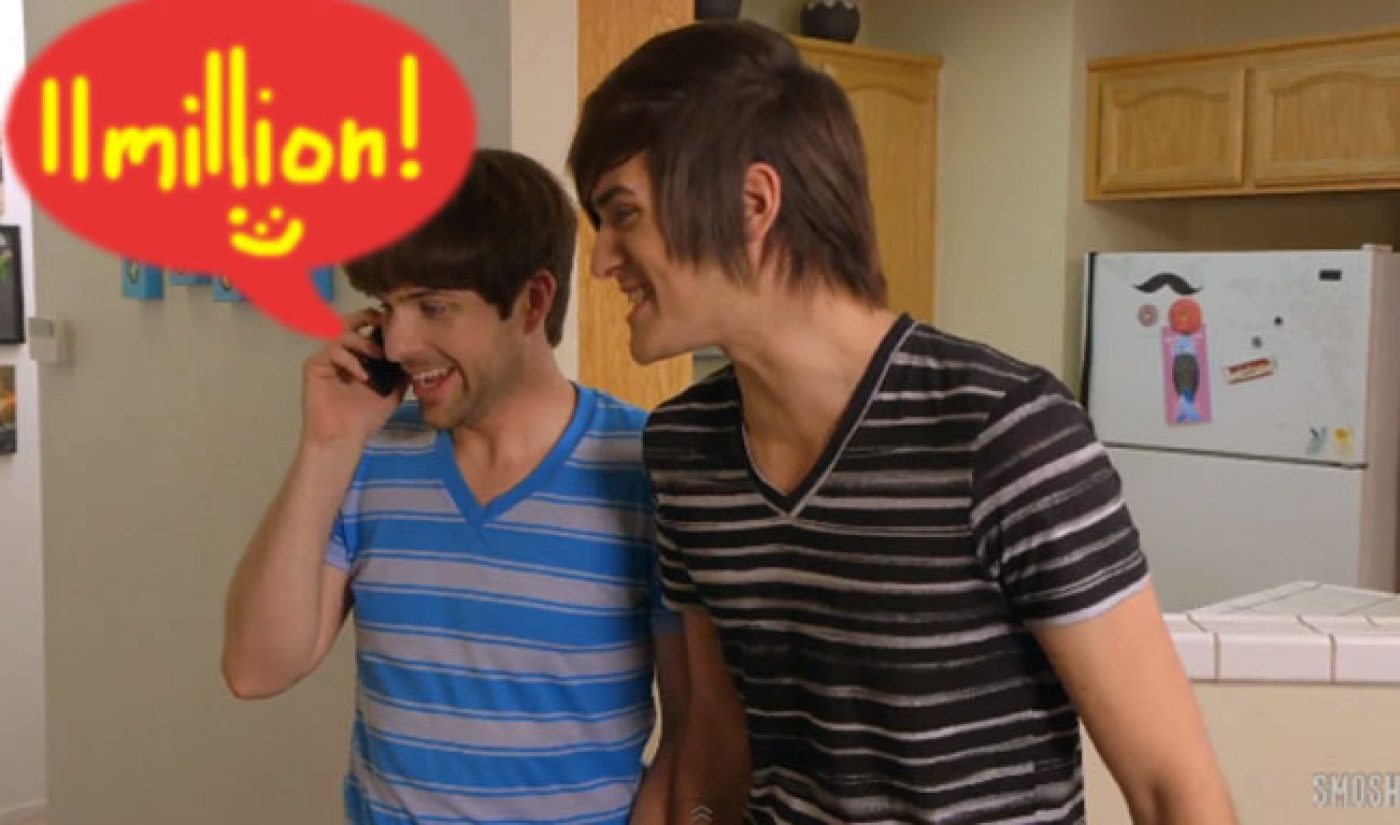 Ian Hecox and Anthony Padilla are still drawing in new fans at an incredible rate. The duo reached 10 million subs 41 days ago; therefore, since then, their channel has received 24,390 subs a day, 1016 an hour, 16 a minute, and approximately one subscriber every four seconds. They have rewarded their new fans with the same sort of brash videos that they’ve always been known for, including their latest effort, ‘We Need Friends’.

Smosh is still YouTube’s top dog, but a resourceful Swede may soon take its place. PewDiePie, who has dominated almost every single one of our weekly YouTube charts, is currently gaining subscribers at an alarming rate. In the past week, for instance, he added more than twice as many new subs as Smosh, and should he keep up his blistering pace, his channel will soon become the second one to reach eight-digit subscribers. A few millions down the line, he is on pace to become the next creator to sit atop the YouTube leaderboard.

Of course, PewDiePie may also fall off his current pace. It wasn’t too long ago that we speculated about Jenna Marbles‘ chances to pass Smosh, but since then her subscriber growth has laxed and she’s now in 3rd on the All-Time Most-Subscribed list. For now, Smosh is bringing in new fans at a solid clip, and that consistency makes Ian and Anthony hard to dethrone.