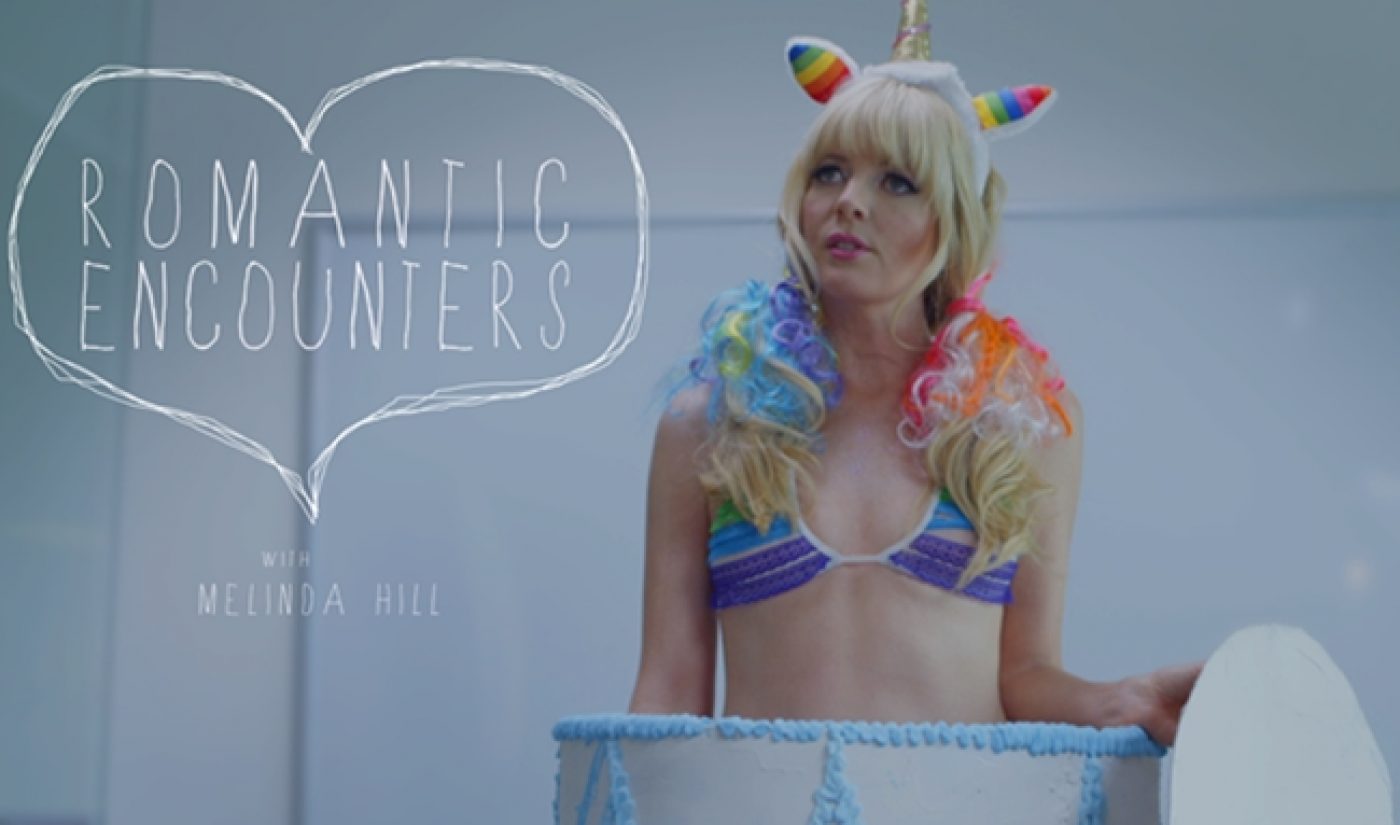 The latest series on the My Damn Channel Comedy Network stars a blonde comedienne playing a fictional version of herself, but no, it’s not Ask My Mom. Melinda Hill is the star of Romantic Encounters, which features a series of her failed overtures as she desperately seeks a soul mate.

The first episode shows promise. It’s not every day we get to watch a web series that features a woman dressed like she just stepped out of Robot Unicorn Attack launching herself out of a cake.

While Hill is the star, the series also features an array of talented male comedians as her various love interests. Performers who will show up on Romantic Encounters include Dana Gould, Steve Little, Carlos Alazraqui, Drew Droege, and Bryan Callen.

Romantic Encounters is produced by Meetinghouse Productions, a company that is best known (at least to me) for its Jack Link’s beef jerky commercials. I hope that Romantic Encounters‘ heroine ends up with someone a little more desirable than Sasquatch.