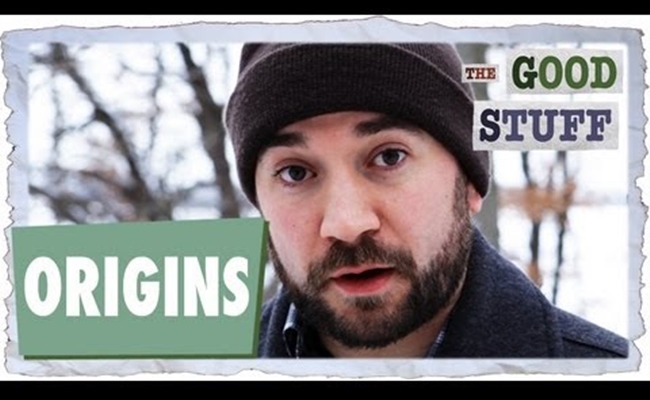 Wheezy Waiter Explores ‘The Good Stuff’ In Show Based Around Playlists

Craig Benzine AKA Wheezy Waiter has built up a sizable YouTube following on his main channel, where he posts whatever unusual, brainy, and imaginative videos fly from his unique brain. Now, the Chicago-based creator is using his YouTube notability to launch a new series, titled The Good Stuff, where he examines a weekly topic using a playlist of related videos.

Each week, Benzine posts about six videos to the Good Stuff channel, each one relevant to that week’s theme. The first week’s theme was ‘origins‘; as a result, the playlist included Bill Nye talking about the origin of everything and Benzine’s mother talking about the origin of Craig. Benzine’s second effort is focused on airplanes, as he attempts to get over a fear of flying (with an assist from Mark Malkoff and others).

In a blog post, Benzine explained his intention for The Good Stuff:

“There’s this type of entertainment I enjoy that I can only really find in podcast form, specifically from the shows Radiolab and This American Life. They take a topic and delve into it from all sides. That could be short stories, news stories, stand up comedy, interviews, etc. These shows give me a certain feeling when I’m done listening to them that I really don’t find much on YouTube. I guess it’s sort of a feeling that everything’s connected and you can find interesting things and people everywhere you look. With The Good Stuff, we’re attempting to get at that feeling, at least a little, and do it with video.”

Benzine’s new show is much less portable than the NPR podcasts that inspire him, but it is plenty brainy and features stimulating images. The Good Stuff is an experimental YouTube program, in a similar manner as Rhett and Link’s Mythical Show; it approaches the medium with a wide lens. For viewers who share Benzine’s interest in public radio, the title ends up being quite accurate.