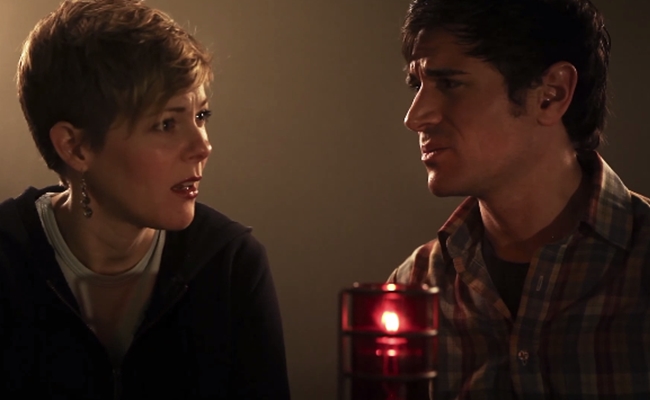 The first scene of the second season of Wrecked, a comedy web series created by Seattle-area production company Honey Toad, is a stilted dialogue between two stock sitcom characters, accompanied by an awkward laugh track. Eventually, the camera zooms out and we find out that the bad comedy is just a TV show being watched by Wrecked‘s protagonist, Spencer. It’s as if Honey Toad is saying ‘That’s how not to do it.’ From that point on, Wrecked serves as the epitome of quality web television. It is well written, well shot, and well edited while still preserving the resourceful feel that makes up the soul of online indie comedy.

Wrecked’s premise is simple. Spencer, a down-on-her-luck writer, moves in with her brother despite the two siblings being oil and water. The first season featured six episodes, and after receiving critical acclaim, Honey Toad completed a Kickstarter campaign for season 2. This episode is the first product of that campaign, and it possesses remarkable quality, especially since the entire season was shot on a $30,000 budget.

The show’s greatest strength is its writing. Despite have never watched the first season, I found myself drawn to the round, interesting characters as much as I was entertained by the consistently witty script. Honey Toad also paid much attention to lighting and sound, two areas often ignored by creators short on time and money. Wrecked is a web series that compels the viewer to enter its world. I’m glad that six more episodes are already available at my leisure, and I expect the upcoming installments to be just as worthwhile.