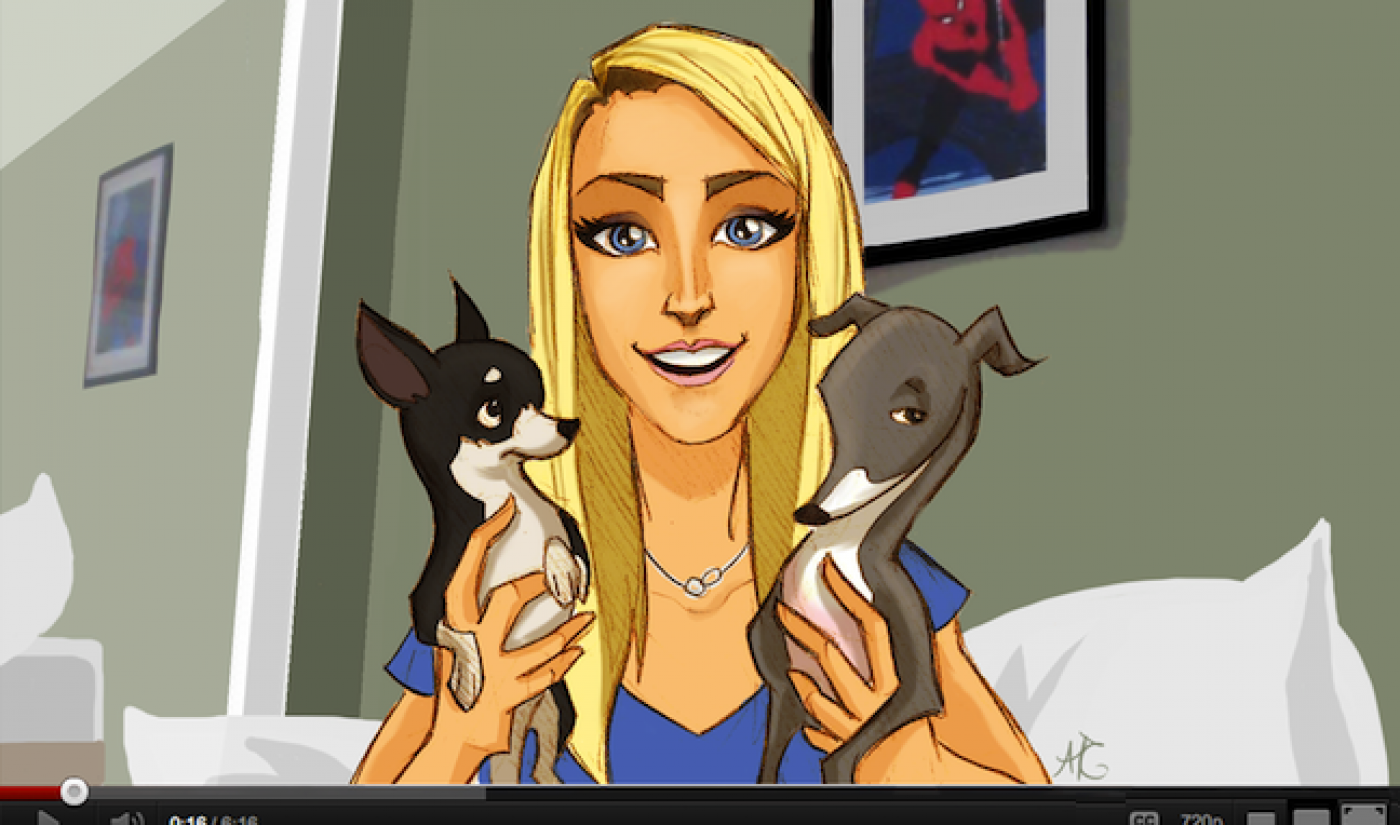 Mourey is still about one million subscribers behind the teen and tween-oriented online video comedy force that is Anthony Padilla, Ian Hecox, and Alloy Digital’s Smosh, but she’s gaining ground.

Hecox and Padilla’s channel added subscribers at an average rate of 22,993 per day over the past month according to data from VidStatsX, while Mourey’s channel averaged 37,125 new subs per day during the same time frame. That means if both channels keep growing at the same rate, YouTube.com/JennaMarbles is set to surpass YouTube.com/Smosh in roughly 70 days.

When Smosh caught up to and passed Ray William Johnson, RayWJ had Hexoc and Padilla on his program. Maybe when Mourey makes it to the top of YouTube’s All-Time Most Subscribed list she and Smosh can have a good old fashioned food battle. A YouTube aficionado can only dream.

Amazing Jenna Marbles (and Marbles and Kermit) picture by aerettberg.