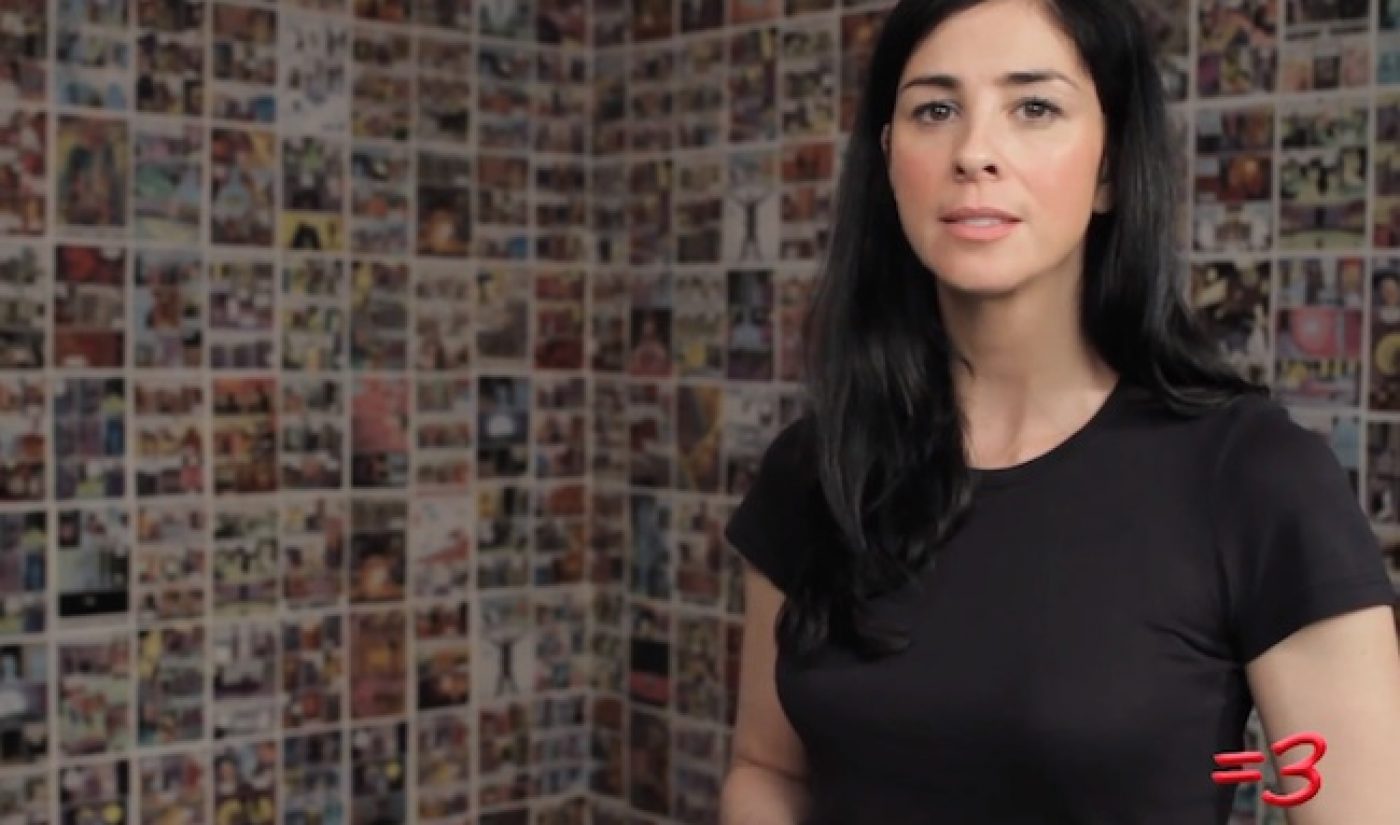 Sarah Silverman is a renowned actor, comedian, and member of YouTube’s newfound elite multi-channel network JASH (aka the “comedy collective featuring original content by partners Michael Cera, Tim & Eric, Sarah Silverman and Reggie Watts” that just released a music video that aims to answer the age old question of whether or not you’re f*cking). Ray William Johnson is one of the most famous and popular individuals on YouTube with 8.2+ million subscribers and 2.2 billion views, whose viral video review program =3 provides the perfect format for collaboration.

So, what do you do if you’re an established Hollywood star who’s looking to increase his or her YouTube subscriber base before rolling out a series of programming that’s part of a new, high profile network? You give RayWJ a call and ask for an an opportunity to appear on camera in front of his comic-stripped wall.

Silverman made a guest appearance on =3 on March 26, 2013. She commented on a nine-year-old’s take on sandboxes, ants, and life with a smile, pithy wisecracks, and aplomb. In the week prior to Silverman’s co-hosting gig, her YouTube channel averaged 270 new subscribers per day according to data from VidStatsX. On the day after her co-hosting gig, Silverman gained 20,256 subscribers. That makes for a 7,400% increase. A week after her stint on =3, Silverman’s YouTube channel is still averaging roughly 887 new subscribers per day, a 220% increase over her pre-RayWJ numbers.

Traditional celebrities looking to make a mark on YouTube should take note. And give Johnson a call.