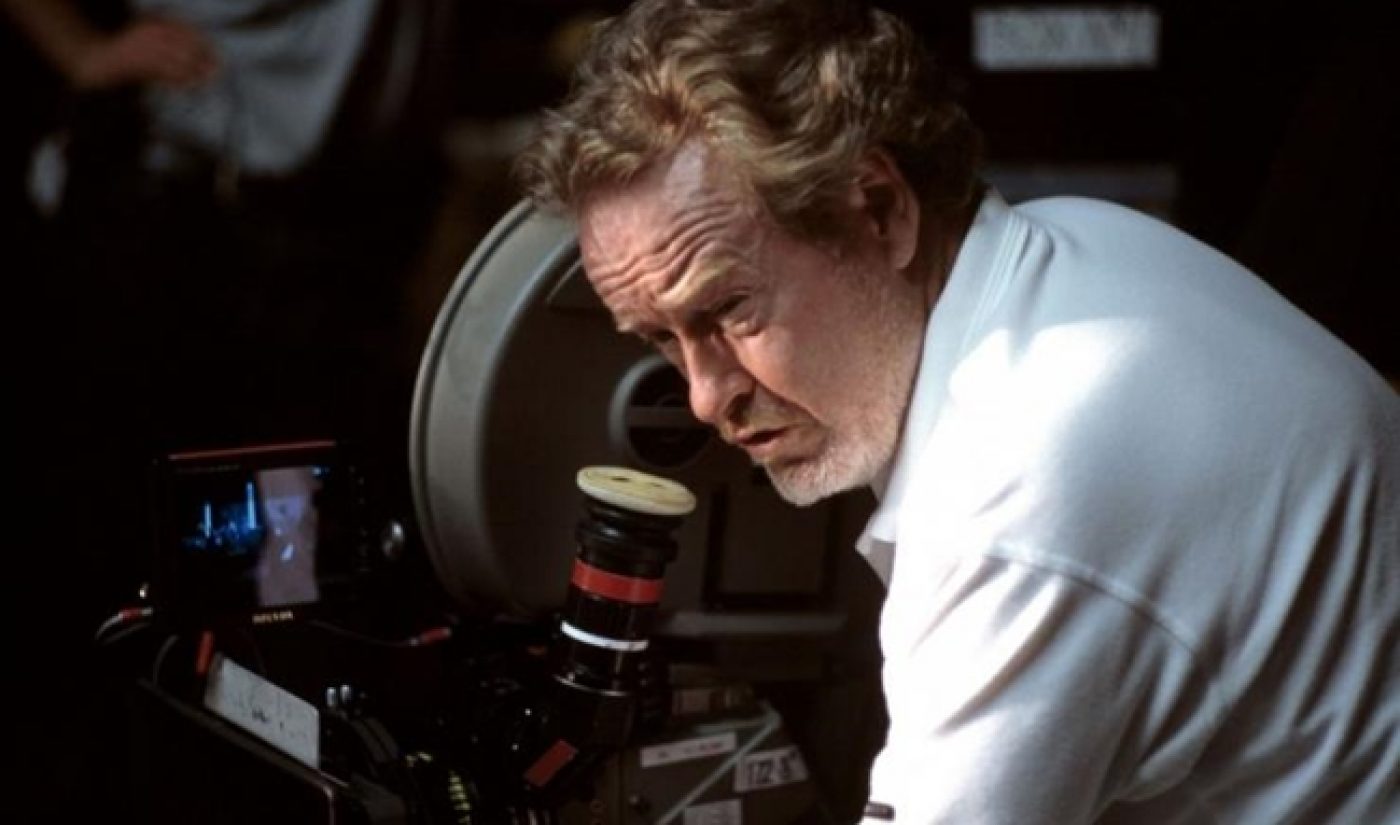 The man who created such sci-fi masterpieces as Alien and Blade Runner will show off his chops on one of YouTube’s largest networks. Ridley Scott will team up with Machinima for 12 science-fiction short films, each of which will be helmed by a different director.

The project aims to continue Machinima’s knack for linking its series with the traditional film space. Just as Mortal Kombat: Legacy is now in its second season alongside a feature film by the same director, the 12 shorts will be intended as potential film franchises, according to an article in Mashable.

We can assume that these shorts will see release on the Machinima Prime channel, as they seem to fit perfectly into that channel’s premium web series format.

So who will step up to actually to direct the shorts? That’s where the fun starts. The list of potential directors includes Martin Scorsese, Neill Blomkamp, and a pair of directors who, unlike Scott, actually made great movies this year: Kathryn Bigelow and Sam Mendes. I can’t tell you how excited I would be to watch a sci-fi feature created by Marty Scorsese. It could be called Italian-Americans in SPACE.

Scott is not new to the YouTube space; he previously produced Life in a Day, the documentary feature that turned 24 hours  worth of video into a coherent feature.

Such an influx of big names is huge for Machinima, and with its rival MCNs signing deals with big names, the new move allows Allen Debevoise’s network to keep up with the Joneses…and then some.