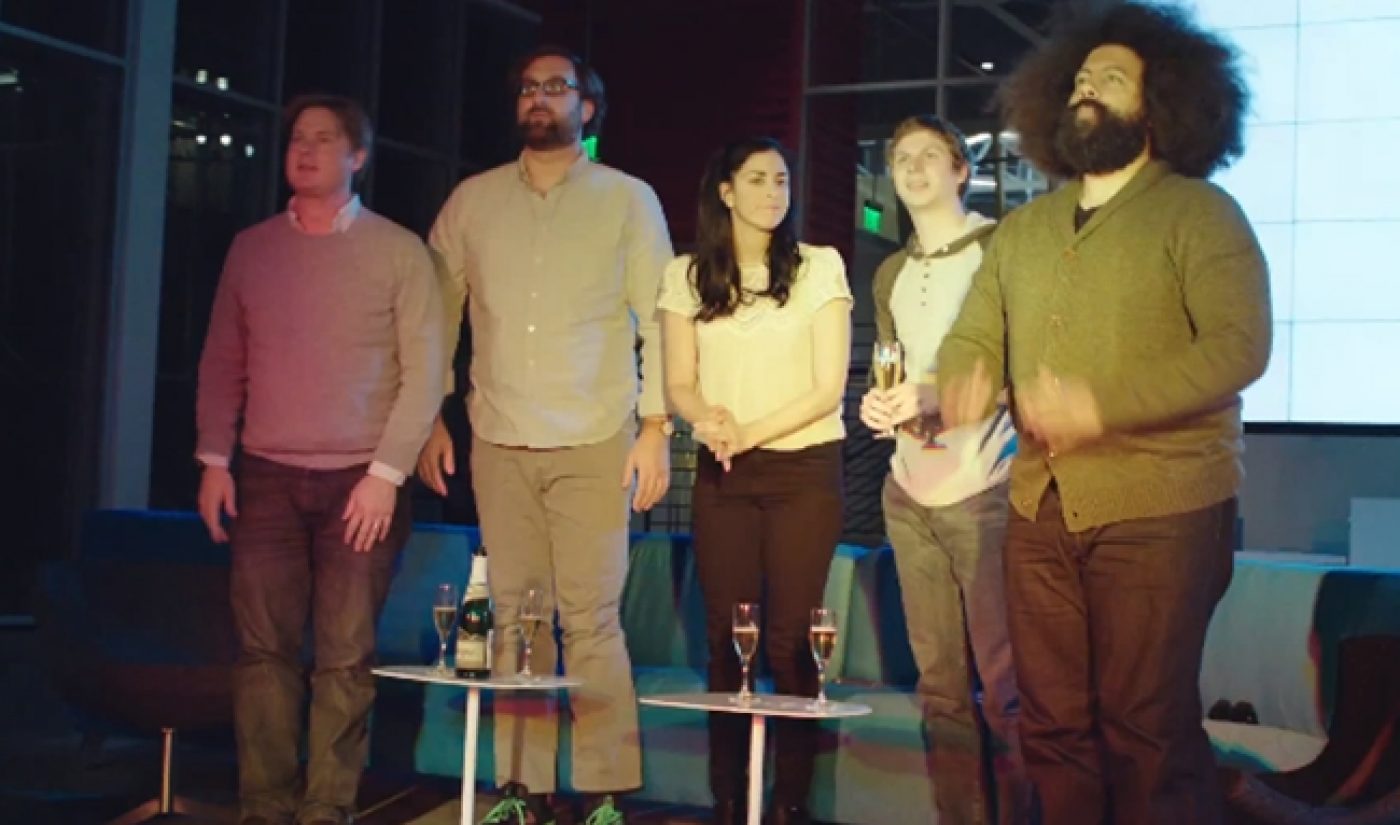 One of the most hyped entries in the second wave of YouTube Original Channels has now launched. JASH, a comedy hub featuring the work of Sarah Silverman, Michael Cera, Tim Heidecker, Eric Wareheim, and Reggie Watts, has posted its first videos as it begins an attempt to take over the YouTube comedy space.

Each member has posted their own intro video, and all four (in this case, Tim and Eric are the same person) have collaborated on a combined introduction. If JASH is to be believed, all of the videos on the Internet are being destroyed and replaced by the channel’s content. While there will be some grave casualties during this process, I don’t think we’ll miss YouTube poop that much.

All of JASH’s creative minds have experience with online video. Silverman recent assisted the inauguration of Joan Rivers’ new channel, Cera has appeared in several Funny or Die videos (and will star in the upcoming web season of Arrested Development), Watts has made music with celebrities on a web companion for the IFC’s Comedy Bang Bang program, and Tim & Eric’s Old Spice ads are, um, mildly popular to say the least. As if JASH wasn’t already a sure thing, it is partnered with Fullscreen, the top independent multi-channel network (according to Comscore).

What kind of content will we see on JASH? The intro video offers no answers to this question, and a Reddit IAMA with all five stars provided few actual insights. If I were a gambling man, I’d wager on random, bizarre videos in the vein of Tim & Eric, but don’t be surprised if some Funny or Die-esque star vehicles are included among the channel’s offerings as well.