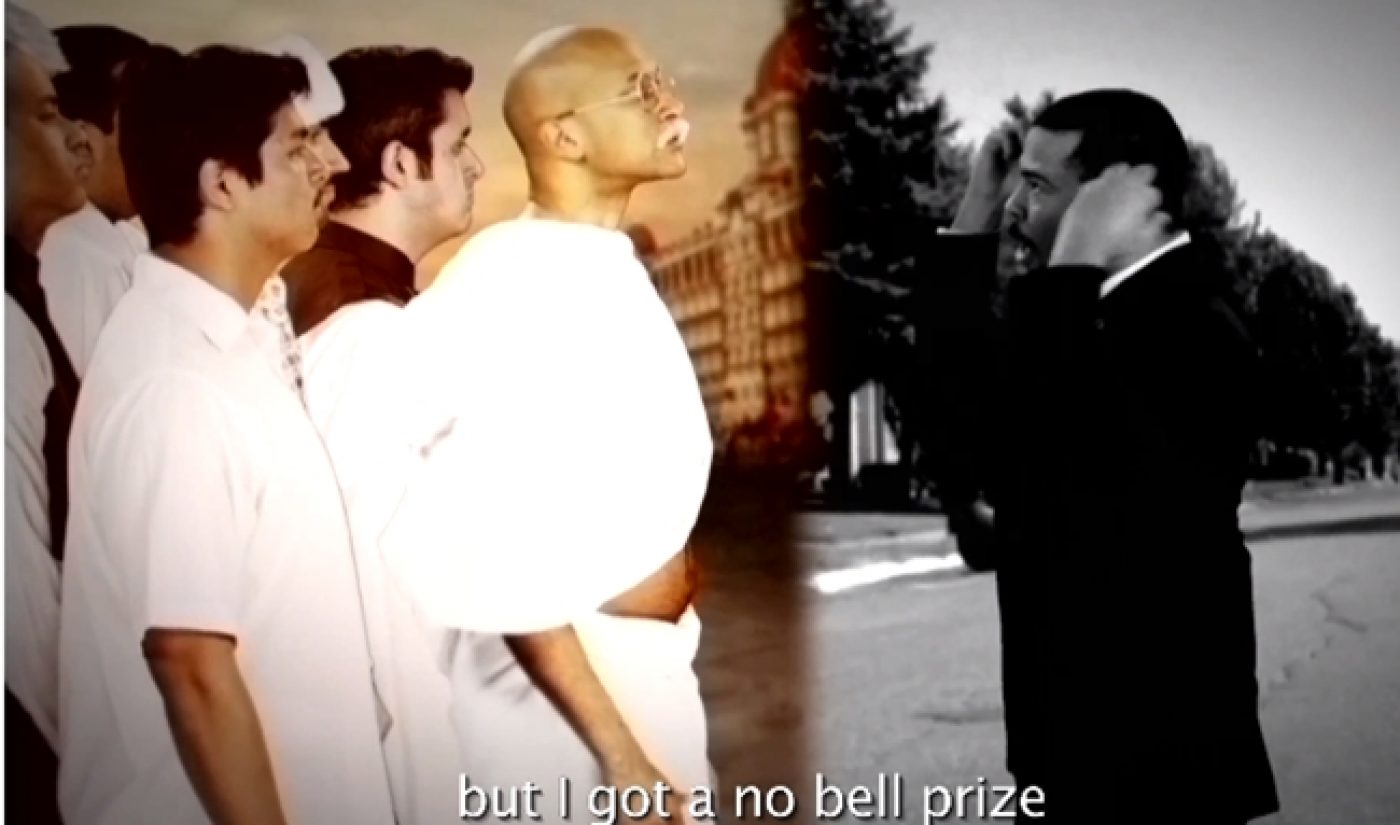 The hits just keep on coming. After attracting top YouTubers and popular musicians to the show (a formula that led to four Streamys wins), the Epic Rap Battles of History gang has successfully collaborated with another pair of big names. Comedy duo Key and Peele have taken over the most recent episode of Nicepeter and EpicLLOYD‘s show, starring as Gandhi and Martin Luther King, respectively.

It seems as if every new ERB video is now on a mission to top the previous one in terms of original twists in format. The previous battle’s man vs. woman conceit was an iffy one, but this time around there is a much less incisive change: Neither Peter nor Lloyd appear as anything more than a background extra, the first time that neither of the ERB founders have played specific characters. This ends up shining the spotlight squarely on the two guests, and they deliver some classic burns, including a line from King about how he’s going to flatten Gandhi like bread…naanviolence.

Key and Peele, which features comedians Keegan Michael Key and Jordan Peele, airs on Comedy Central but also features a huge presence on YouTube, where individual sketches have garnered hundreds of millions of combined views. One of the duo’s popular YouTube segments is Vandaveon and Mike, where two gormless critics give dumb suggestions for how to improve Key and Peele videos. In a new Vandaveon and Mike installment related to the Epic Rap Battle, the pair wishes that Key and Peele had fought with their dicks instead of their words. I think Peter and Lloyd should take this to heart and bring us Epic Dick Battles of History. And if Key and Peele still want to be involved, perhaps the first battle can feature Liam Neesons and Bruce Willy.