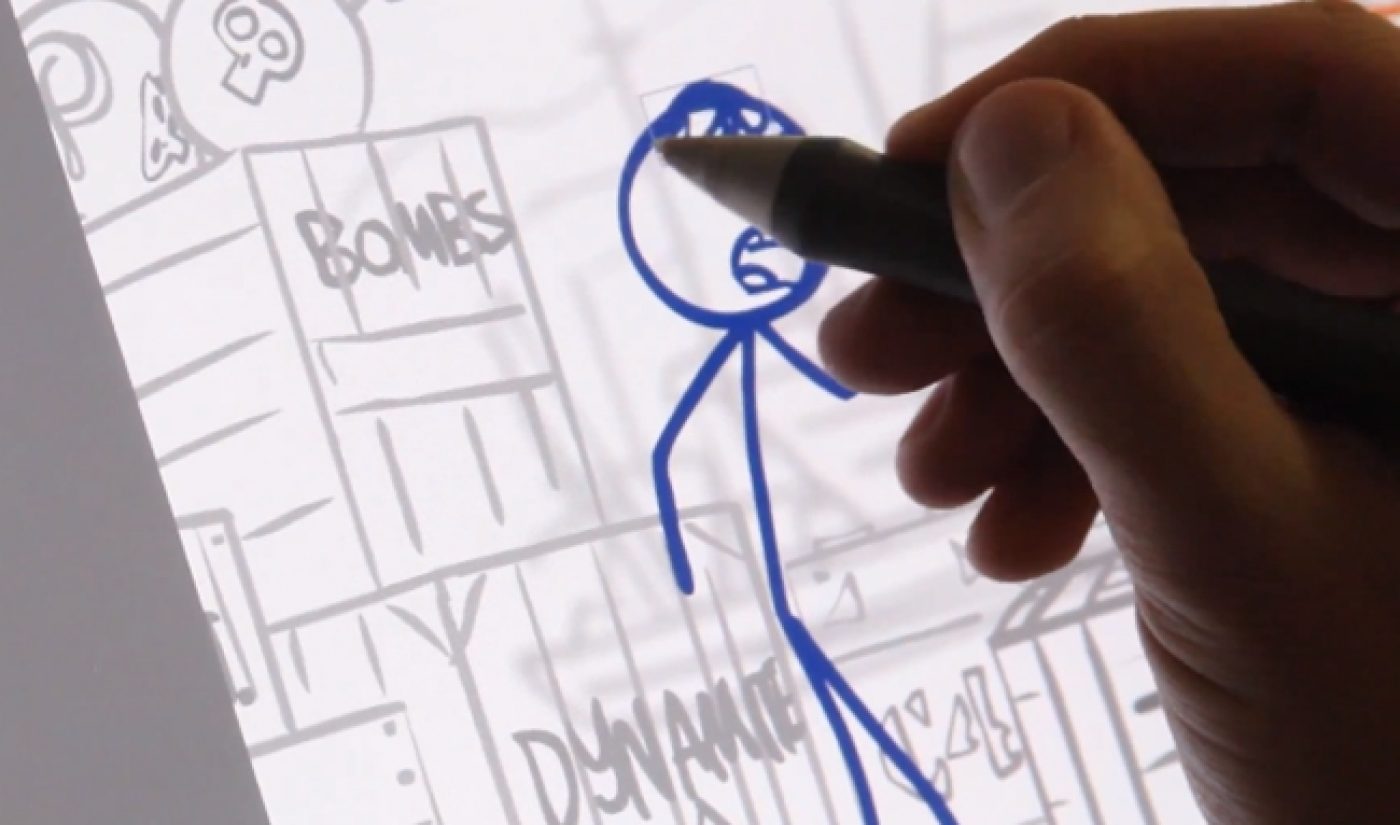 Dick Figures, the popular Mondo Media animated series, has begun its trip to the ‘big screen’. The series, which follows two uncouth stickmen and has received at least one million views for each of its 39 episodes, has released a video cataloging the recording sessions for its upcoming film, which will be a 40 minute long special.

The film project began in the summer of 2012, when a Kickstarter campaign raised over $313,000, allowing creators Ed Skudder and Zach Keller to turn their baby into a long-form version. The latest update shows the film’s cast recording their lines in a small booth, which mostly amounts to plenty of funny noises.

The main takeaway from the video is how much fun recording lines for an animated film seems to be. You get to make funny faces whenever you want and you can make great use of a makeshift closet. Remind me to release an animated episode with 10 million views and scrounge up a few hundred thousand dollars sometime in the near future.