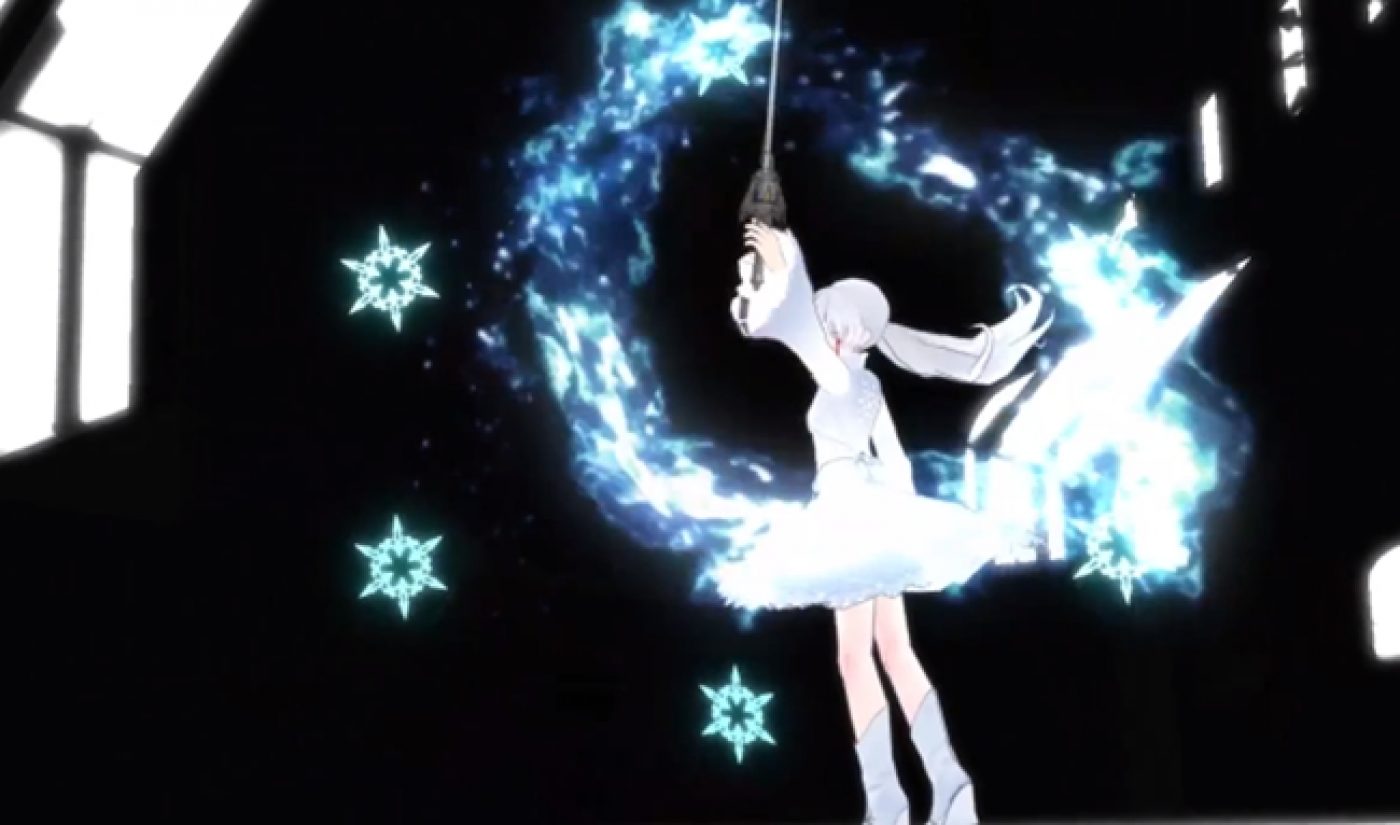 Rooster Teeth is commonly thought of as a bunch of dorky dudes making jokes about video games, but an upcoming series on the group’s channel will take things in a completely different direction. Rooster Teeth is the home of RWBY, an upcoming, action-packed anime centered around four colorful characters.

The first trailer for RWBY (pronounced ‘ruby’) debuted several months ago, and centered around a boyish, red colored character who wields a badass scythe gun (yes, scythe gun is the best description I can come up with.) This time around, the action moves to a white character with a magical sword. You see, RWBY stands for Red White Black Yellow, and it will focus on four characters, each one with a unique, color-coded personality and fighting style.

RWBY is animated by Monty Oum, who has also animated the last three seasons of Red vs. Blue for Rooster Teeth. The series draws obvious influences from traditional Japanese anime, but it also will excite Rooster Teeth’s fans because of its likeness to Japanese video games. Oum’s animation style would not be out of place in Devil May Cry or Final Fantasy, and thus it will be celebrated on a channel that frequently touches on those games.

We will still see the Black and Yellow trailers prior to RWBY’s release, but a debut date has been set. The series will premiere at Rooster Teeth’s RTX convention in Austin, which begins on July 5. By that time, we’ll know about all four character, one of whom will hopefully wield something more extravagant than a gun scythe. If Oum is listening, I hear knife crossbows are in vogue this time of year.