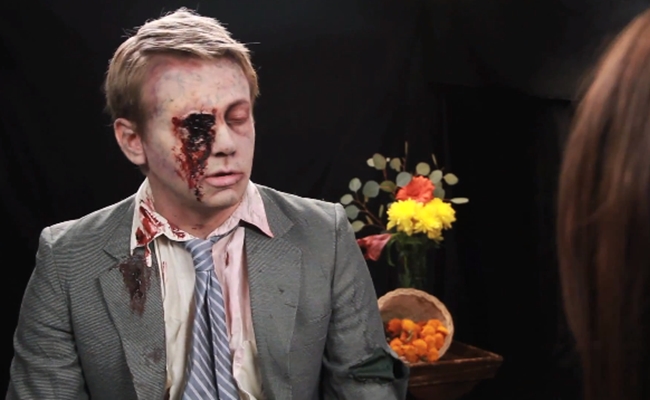 UPROXX and 5SF: YouTube Channel Was Years In The Making

Web culture blog UPROXX recently launched a YouTube channel in tandem with the bite-sized movie creators at 5secondfilms. Tubefilter was able to speak with UPROXX and 5SF representatives regarding the genesis and potential content of the new venture.

TF: What made you decide that UPROXX needed its own YouTube channel? Is there going to be a particular thematic focus here, or will all sorts of videos be featured?

Jarret Myer, Co-founder of UPROXX Media: We had been trying to do something collaborative with 5SF for years. Of course we did the compilation videos and those were very successful, but we could never take the next step in developing the relationship. I think it took our company UPROXX maturing into a sustainable business to signal to 5SF that the time was right. Then we sent them a big bag of money and said do whatever you want. Luckily they plan to create content that complements our focus on TV, movies and web humor.

TF: How did 5SF get involved, and how prominently will they be featured on UPROXX VIDEO? What other stuff can we expect from the channel?

Michael E. Peter, writer, actor, director for 5 Second Films: The 5SF and UPROXX relationship has been building steadily for the past few years. In the beginning, a lot of 5SFers simply lurked around UPROXX sites and had secret crushes on their writers. I started sending in odd film & tv related articles or pics that I saw. Eventually we became brazen enough to send 5secondfilms that were tv/film related. The UPROXX editors always responded well, and soon Jarret reached out to us and we put together the TOP 20 Compilations, which the internet seemed to like almost as much as cats (but cats will ALWAYS win). We all had ideas for longer sketches, but didn’t really have a proper outlet for comedy longer-than-5-seconds. UPROXX VIDEO was a natural next step in that direction.

Jarret Myer: The plan is for 5SF to be the exclusive creative force, content creators and operators of UPROXX Video. It’s the ol’ let the lunatics run the asylum strategy.

TF: Are there any other channels you’d like to partner with? Which ones?

Jarret Myer: At UPROXX, Brian Brater and I are really big fans of a lot of different YouTube creators and YouTube stars. We think it would be great to develop a new relationship that over time grew into something as significant as what we have with 5 Second Films. Right now we are brainstorming a channel to compliment our Hip Hop and related lifestyle sections. We’ll see how that goes.

Danger Guerrero, TV Editor for UPROXX.com: The whole Weird Owl series. It is so stupid, and I love it with every ounce of my soul.

RoboPanda, Geek and Web Culture Editor for UPROXX.com: My all-time favorites are Aggressive Marketing (“Who Wants Some Fucking Nesquik!?”) and The Final Battle.

Vince Mancini, Editor In Chief of UPROXX.com’s FIlmDrunk: Gotta be the one where Patton Oswalt plays an evil wizard.

Jarret Myer: Aggressive Marketing and December 31, 1941. It’s harder to pull off a Holocaust joke than you would think.