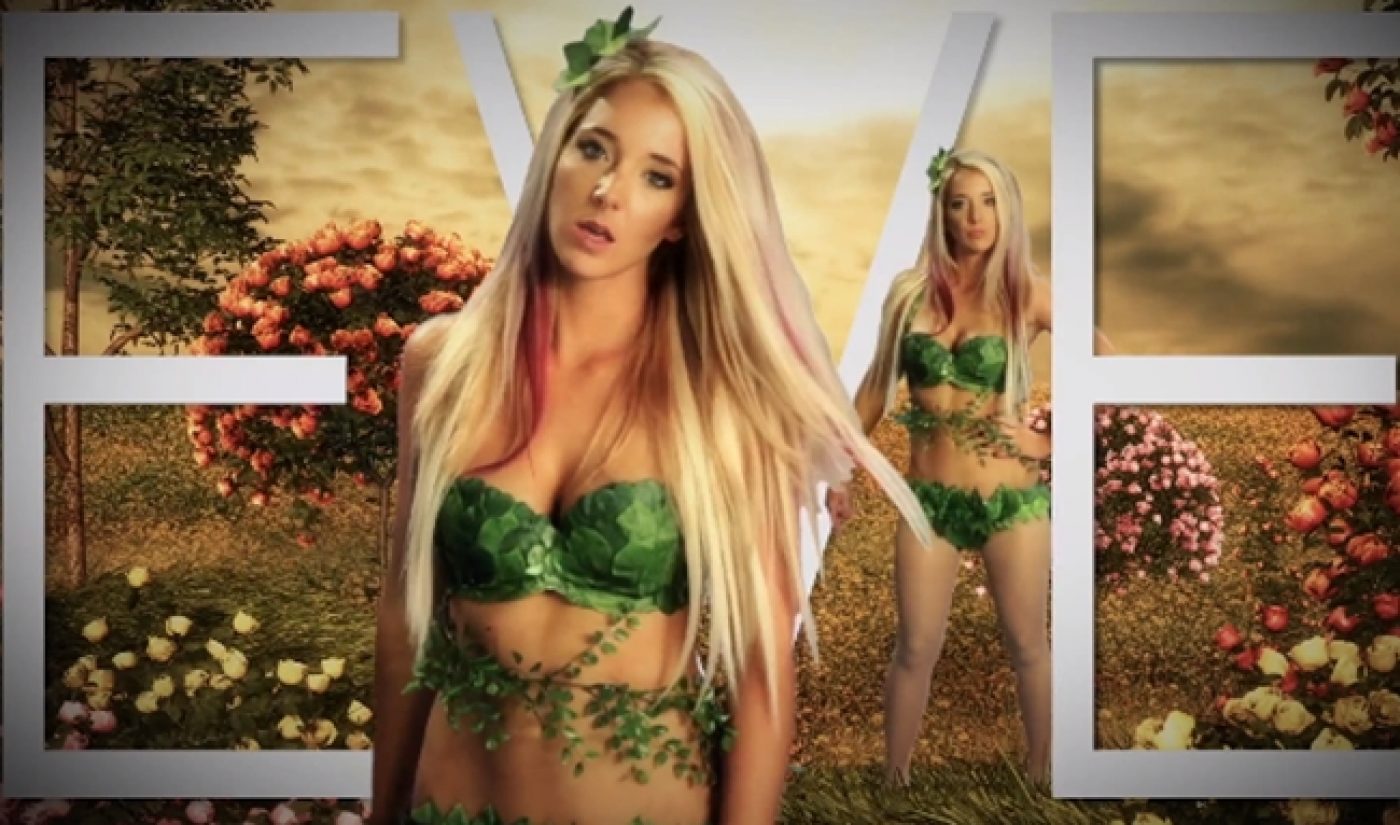 Epic Rap Battles of History has debuted its third season, and the first episode already features a big name guest star and a new twist on the classic ERB formula. Said guest is fourth most popular YouTuber Jenna Marbles, who plays Eve alongside EpicLLOYD’s Adam in a gender-related battle arriving just in time for Valentine’s Day.

The new battle is a departure from previous ERB episodes. Instead of bantering back and forth with witty history jokes, Lloyd and Jenna adopt the roles of a generic man and woman, with only the occasional line related to the story of Adam and Eve. Most of the humor derives from standard spousal complaints. Whether you love or hate this new format, two things cannot be denied: the episode’s pre-Valentine’s release is very appropriate, and seeing Lloyd and Jenna (but let’s face it, mostly Lloyd) in skimpy dress makes the new episode the sexiest video on the Internet.

Five more episodes will be released in the current batch, and we’ll learn in two weeks whether the tweaked format is a one-time holiday occurrence or a new trend. Either way, the list of stars who have guest starred will certainly get longer. Snoop Dogg, Alphacat, and Marbles’ recent appearances show off ERB‘s strong ties to the YouTube community.

As always, the Maker Studios-signed channel welcomes all user suggestions. I’ve long campaigned for Tyrion Lannister vs. Shaq, but I’m changing my tune; my suggestion du jour is Seal Team 6 vs. The Power Rangers. That’s right, a group battle. Now that’s a format change I can get behind.