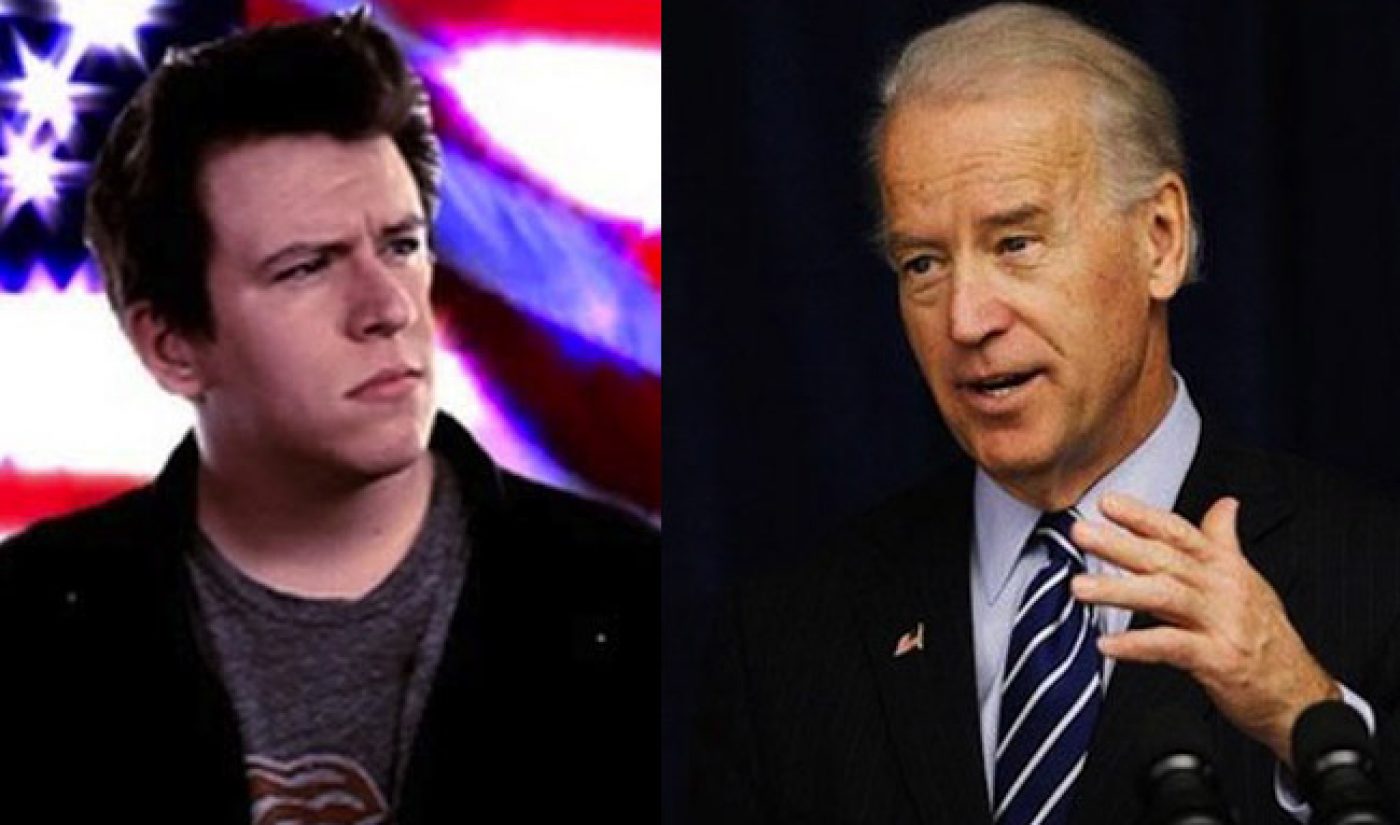 In the wake of the tragedy at Newtown, Connecticut’s Sandy Hook Elementary School, Vice President of the United States Joe Biden met with a number of high-profile individuals and organizations that contribute to (or at least are alleged to contribute to) America’s gun problem.

Biden led meetings and discussions with representatives from gun safety groups, the NRA, the video game industry, the Motion Picture Association of America, the Comcast Corporation, and more days before being sworn in for his second term in the office of Vice President. And now, days after the Presidential Inauguration, he’ll meet with Phil DeFranco.

The YouTube personality, star of his eponymous online video news and pop culture program The Philip DeFranco Show, and creator of the YouTube Original news and pop culture program SourceFed will participate in a Fireside Hangout on Google+ on Thursday, January 24 at 1:45PM ET with the Vice President. The event marks the renewal of the White House’s “series of conversations on Google+ with top administration officials.”

From the Official Google Blog:

These “Fireside Hangouts,” a 21st-century spin on FDR’s famous radio addresses, bring top Administration officials to Google+ to discuss the most important issues in the country, face-to-face-to-face with fellow citizens in a hangout….

You can view the broadcast live on Thursday on the White House’s Google+ page or YouTube channel and ask questions by posting them on the participants’ Google+ pages. Given DeFranco’s presumed political sensibilities, it should make for a great discussions. And hopefully the first of many in which an individual in one of the country’s highest offices engages in a conversation with one or more burgeoning political voices that speaks from a position outside the realm of traditional news and entertainment.