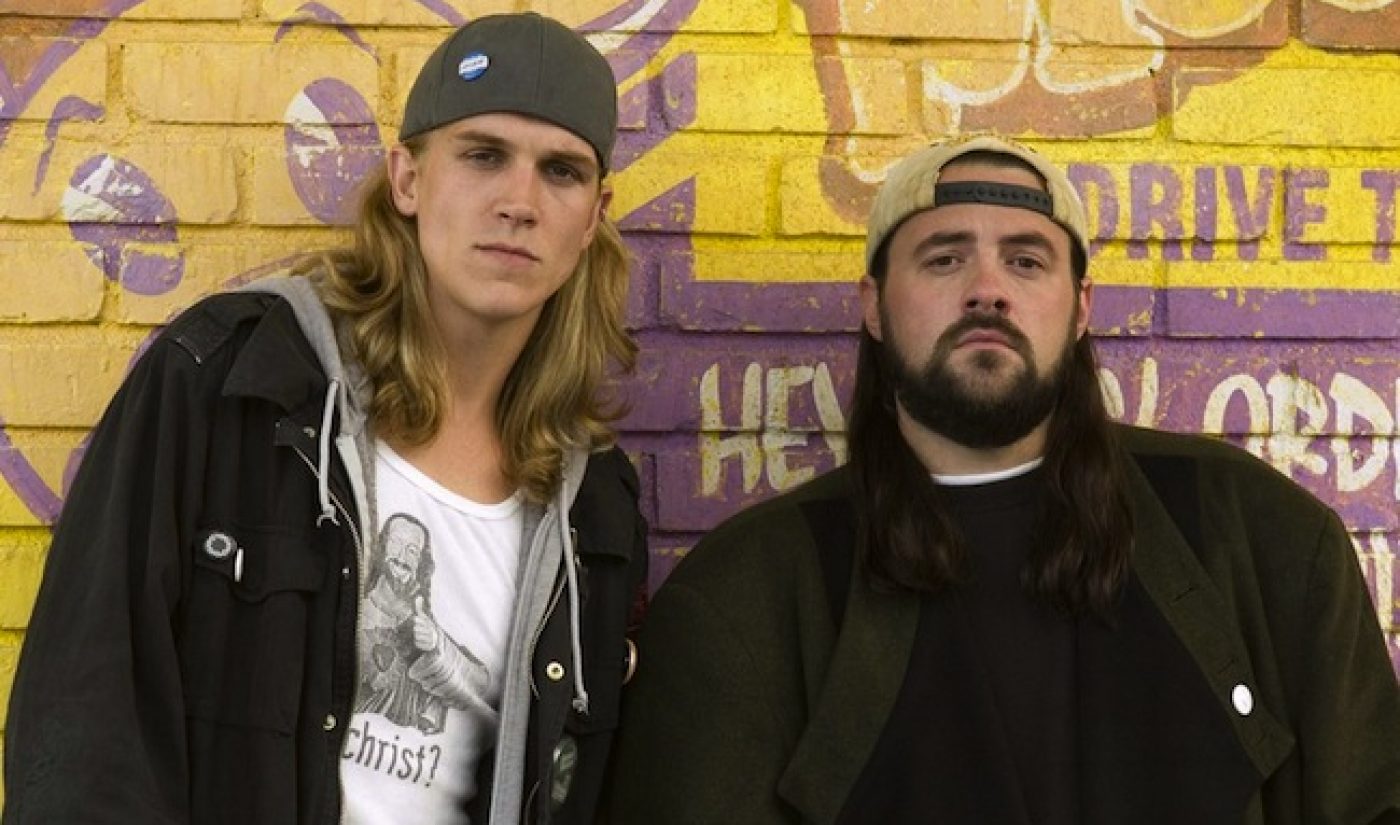 What do Robert De Niro, Snoop Lion, and Kevin Smith have in common? They’ve all partnered with Maker Studios.

Smith is the latest high-profile individual from the world of traditional entertainment to sign with the YouTube network, Time Warner Investments investee, and self-described “cutting-edge media company that bridges the gap between YouTube and television.” (De Niro’s Tribeca Enterprises cut a deal with Maker Studios in May of last year, while Snoop’s WestfestTV signed papers last June.)

The screenwriter, actor, producer, director, comic book author, and more will utilize Maker’s position and expertise within the online video landscape to leverage his SeeSMod YouTube channel (a kind of natural moving picture extension of his popular audio SModcast) to dizzying view counts.

“I’m an old moviemaker, unfamiliar with the newfangled ways of the YouTube generation,” said Smith. “Getting in bed with Maker allows me and SModCo to learn how the cool kids do things. I look forward to their patience as they teach a fat Padawan how to be a Jedi at YouTube the Maker way, and I plan to shoe-horn myself into all their fine programs.”