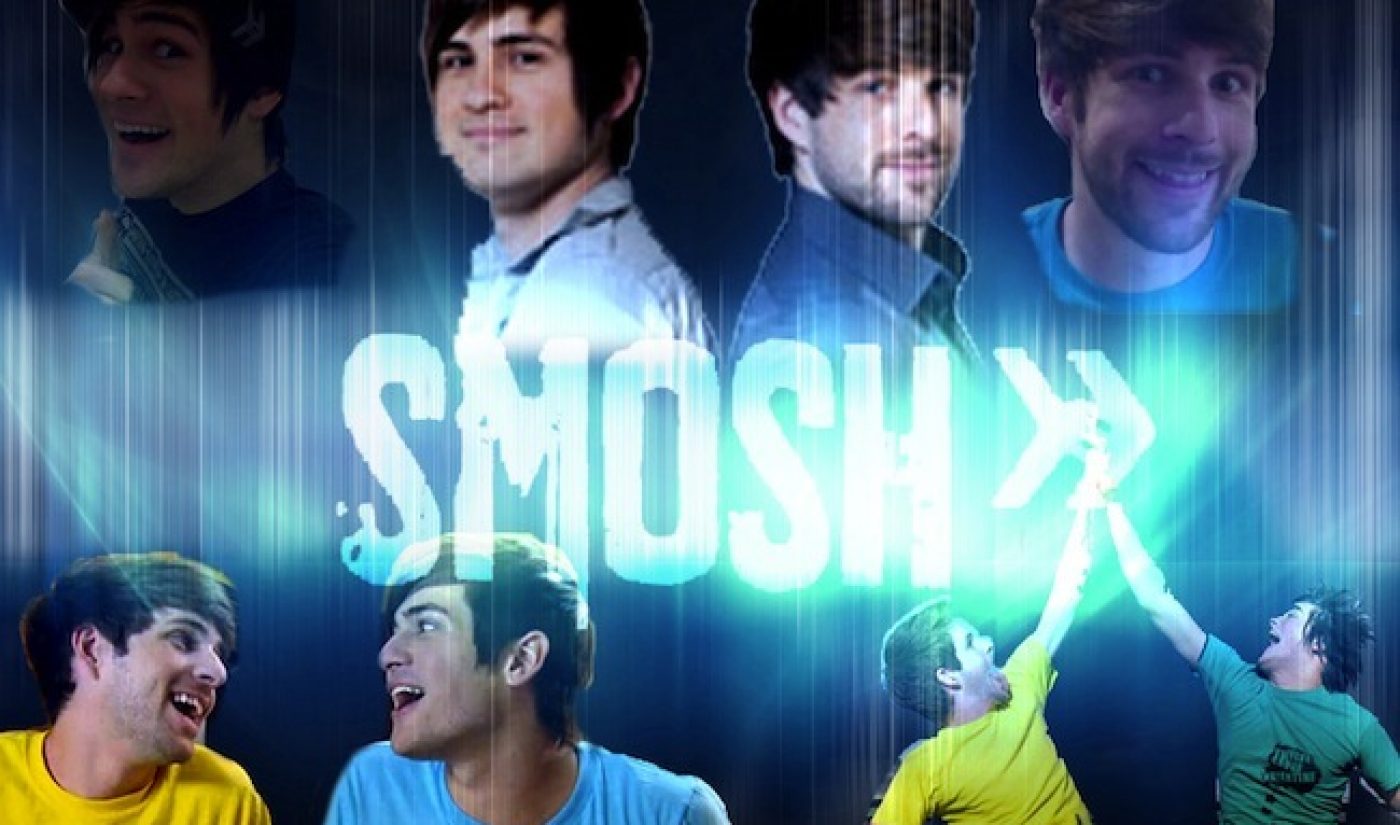 It was only a matter of time (or, to be more precise, 7 years, one month, and 24 days). Smosh is now the number one most-subscribed to channel on YouTube.

Ian Hecox and Anthony Padilla’s oddball, teen and tween-friendly sketch and first-person comedy channel passed Ray William Johnson and his library of viral video reviews to claim the number one spot on the chart with more than 6,780,000 subscribers. The milestone comes less than one month after Smosh surpassed RyanHiga (who also held the title of Most-Subscribed YouTuber before he gave it up to RayWJ) in subscriber numbers to claim the second position on YouTube’s venerated Most-Subscribed list.

Hecox and Padilla have been adding an average of 17,926 subscribers per day over the past three months, according to YouTube metrics mecca VidStatsX, compared to Johnson’s 12,668.

The duo have come a long way from their YouTube beginnings in November 19, 2005 when they first uploaded a highly entertaining, uber-popular, and allegedly copyright-infringing lip-sync of the Pokemon theme song. The vid with racked up more than 24.7 million videos (the most of any YouTube video at that time) and set Hecox and Padilla on a path to stardom, a relationship with former President of Walt Disney Animation Barry Blumberg, an acquisition by Alloy Digital, and (more importantly) high-fiving friendship before Shogakukan Productions Co., Ltd. told the online video sharing site to take the Pokemon vid down.

The pair of 25 year-olds are also at the helm of two other rapidly-growing YouTube channels. Shut Up Cartoons launched earlier this year in the second wave of the YouTube Originals Initiative and Smosh Games recently surpassed one million subscribers and 100 million views within its first four months of existence.

Here’s what Padilla had to tweet when Smosh took the #1 spot:

Most subscribed on YouTube!? Someone needs to slap me, I think I’m dreaming. You guys are amazing. All of you 😀