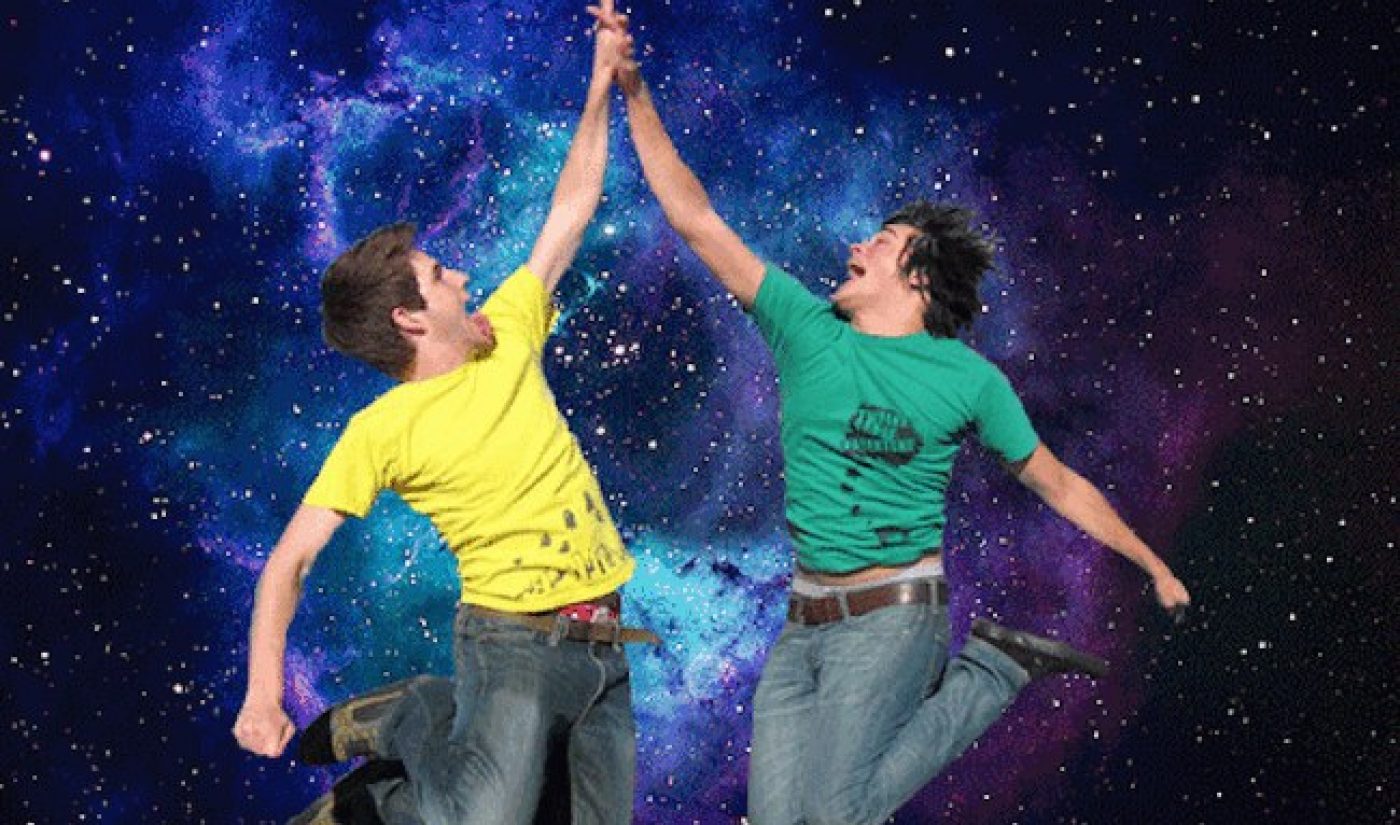 Smosh is now the #1 Most Subscribed Channel on YouTube. The comedy duo comprised of Ian Hecox and Anthony Padilla passed Ray William Johnson to claim the number one spot with over 6.78 million subscribers and counting (to the tune of roughly 17,000 more subscribers per day).

Becoming the most subscribed channel on a video sharing network that sees more than 153 million unique visitors per month and upload activity from thousands of highly successful partners is no small feat. That’s why so many people are offering Hecox and Padilla their congratulations, kind words, and well wishes.

Some of the biggest names on YouTube tweeted their mazel tovs to Smosh upon hearing the news (including the individual the duo bumped into the number two spot), while Smosh accepted the title with gratitude for all their fans and support. Here are a few select tweets from Smosh and the many congrats that have come Hecox and Padilla’s way in 140 characters or less.

Just found out we are now the #1 most subscribed channel on YouTube. Thank you guys so much, you are awesome! 😀

Most subscribed on YouTube!? Someone needs to slap me, I think I’m dreaming. You guys are amazing. All of you 😀 — Anthony Padilla (@smoshanthony) January 12, 2013

Congrats to @smosh for being number one on YouTube again after so many years!Such hard working and nice guys! Thrilled for them!!! — Michael Buckley(@buckhollywood) January 13, 2013

congrats to SMOSH for being #1 on youtube. they prove that being a youtuber doesnt mean you have a short shelf life & thats very inspiring! — Shane Dawson (@shanedawson) January 12, 2013

Congrats to @smosh! The only YouTube couple that makes sense.

What Smosh has accomplished from all aspects of content online will never be matched. Congrats @smoshian & @smoshanthony! See you tomorrow!

.@smosh Big congrats, dudes! Anyone’s success in the digital medium is ultimately a victory for all of us. See you Sunday for filming. 🙂

If tweets are to be believed, the internet will bear witness to a Smosh and RayWJ collaboration in the very near future. No word yet on if the collab will have anything to do with being on top of the YouTube charts. Stay tuned.
Epic High-Five Smosh photo from smoshable.tumblr.com.