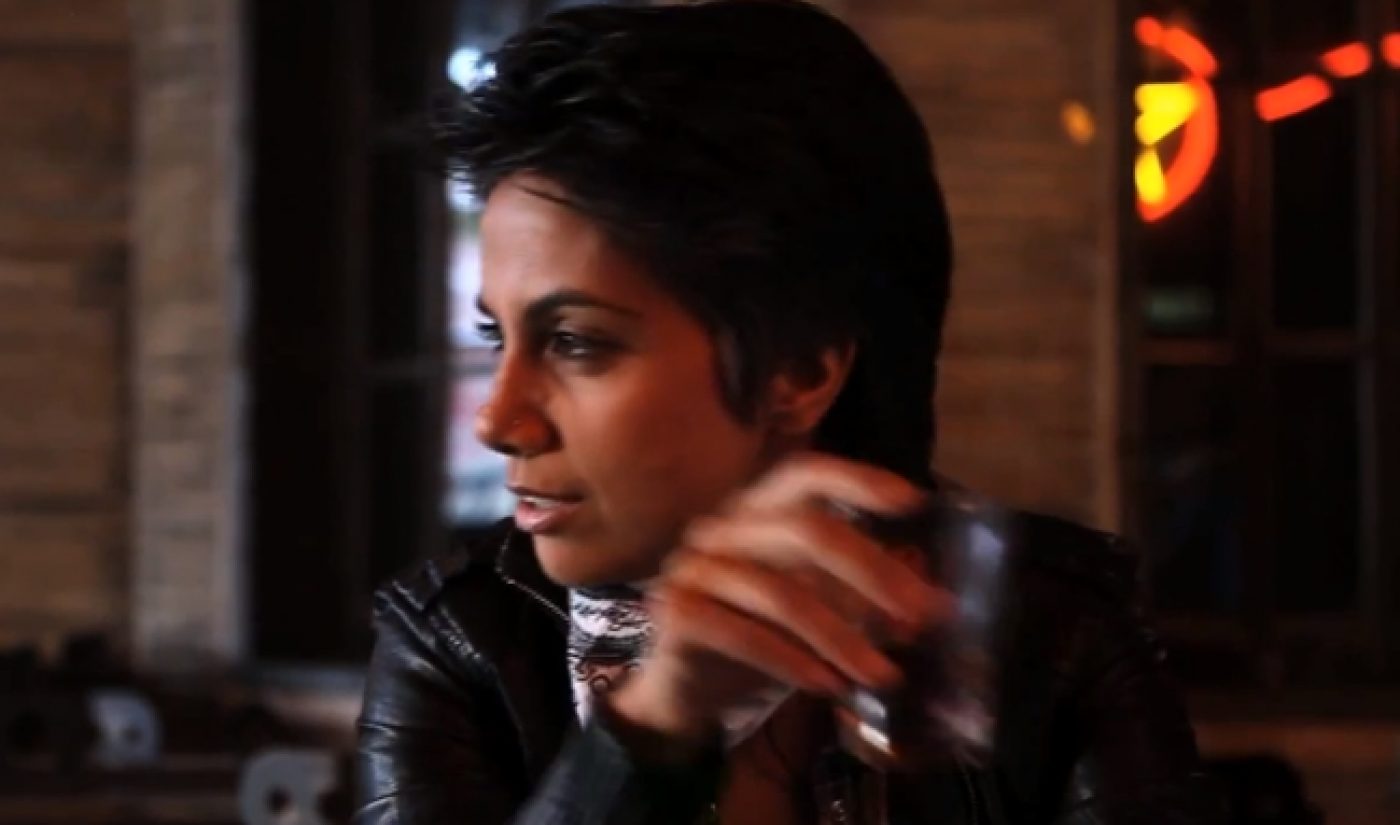 The news of Kim Kardashian’s pregnancy sent waves through the internet and launched thousands of tweets and Facebook posts. A comedic web series is hoping the starlet’s celebrity can help launch a web series as well. Creators Fawzia Mirza and Ryan Logan have launched a Kickstarter campaign for Kam Kardashian, which introduces the world to Kim’s fictitious lesbian sister.

Four episodes of the series have already been released, which is plenty of time for viewers to get a solid picture of Kam’s personality. She’s jaded and vicious, likes her whiskey straight, and tells it like it is, with no remorse for her ‘famous’ family. A series of auxiliary characters exist mainly to fuel Kam’s distaste for her estranged siblings.

Given the five digit views those four episodes received, Mirza (who also stars as Kam) and Logan, who are based out of Chicago, have decided a few more installments are in hand. The pair are seeking $5,000 on Kickstarter, with which they hope to make eight more short episodes in a full-length second season. Lots of perks are obviously available, and as of January 2 the Kam Kardashian team is still less than halfway towards its goal.

For my money, Kam is more worthwhile than any of her sisters. Reality TV fans may scoff as Mirza’s antihero slings mud at her sisters, but does anyone aside from the E! faithful really care? If you’d like the fourth Kardashian sister to remain a reality, you have a few more days to make it so.