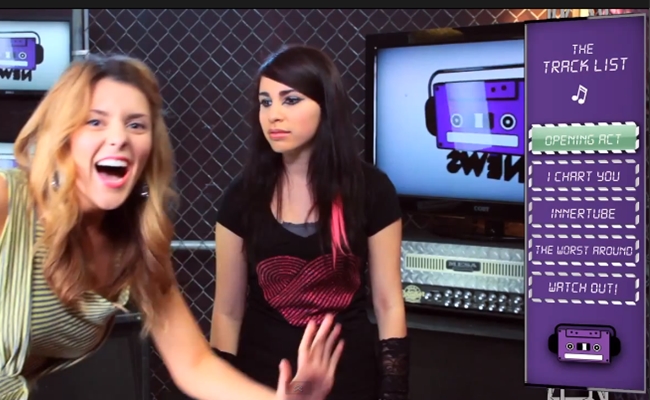 Very few of the first 100 YouTube Original Channels are based around a single web series; after all, it’s hard to justify a big investment when a setback to a single show could spell doom for a whole channel. One of the most high profile web series to receive a spot in the project was H+. Despite rave reviews and good early traffic, viewership has slowed down of late, showing the fallibility of a web series-driven channel.

On the other side of the card is MyMusic, The Fine Bros‘ mockumentary sitcom, which has stayed very consistent despite being almost eight months old. While the actual MyMusic show has seen a slight dip in views over the course of its 30 episode run, the channel has continued to succeed thanks to the channel’s other content, which incentivizes users to return to the channel even when there are no new episodes.

In addition to MyMusic, which features plenty of interactive elements to keep fans engaged, the MyMusicShow channel features a music news show hosted by characters from the show, a separate playlist that combines several of the 5-10 episodes into full-length half-hour TV sitcom episodes, a behind-the-scenes/Q&A series called The Mosh, and a selection of musical performances from top YouTube acts such as David Choi, Timothy De La Ghetto, and Taryn Southern.

The combination of those four shows will be important as the channel seeks to keep its viewers engaged. MyMusic will end its first season after four more episodes, and while The Fine Bros hope to return with more, they’ll need to make use their supplemental material during any sort of hiatus.

MyMusicShow (and, to a similar extent, Geek & Sundry) has proved that while a likable, active show can make a great YouTube channel, a large volume of content is essential to keep fans coming back.