Fullscreen To Spend A Cool Million On Marketing For Smaller Channels 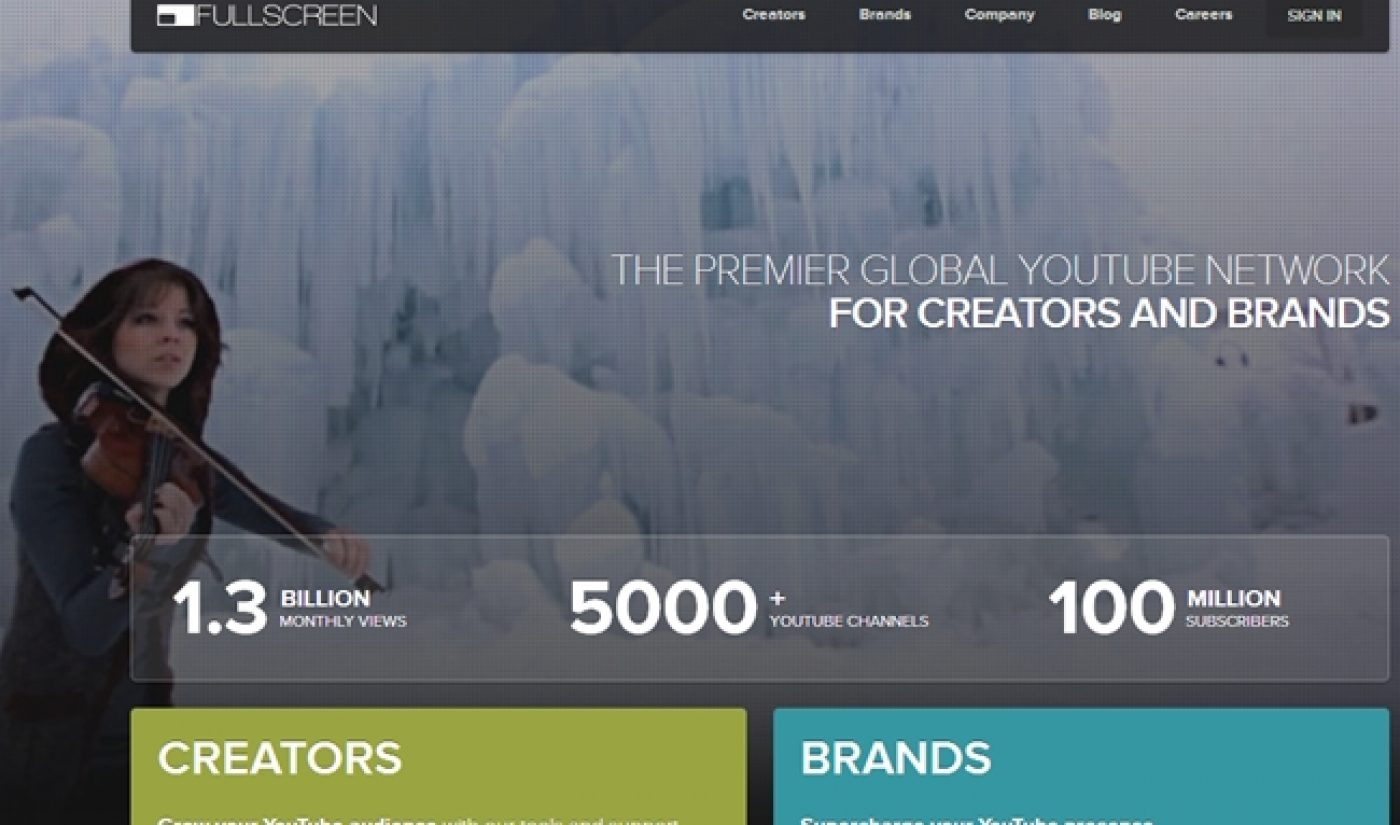 The Fullscreen network can count a number of YouTube’s most successful creators among its roster; the 23 month old studio‘s list of talent includes Megan Nicole, Michael Buckley, and Lindsey Stirling, all of whom have notched more than 180 million views. However, the network also works with a large number of less successful channels. After all, unlike Fullscreen creators 5secondfilms, not everyone can get 5 million views from a video featuring 5 seconds of shouting.

Fullscreen wants to help these underappreciated creators get noticed. Therefore, the network is setting aside one million dollars in a new initiative, the Million Dollar Creator Fund. Each month, the MDCF will provide $10,000 in marketing for four different Fullscreen channels. A large part of this marketing will come in the form of pre-roll advertisements on other videos (which, by the way, count as views and therefore give a slight impression of a boost in reach even if no one clicks the ad).

A blog post from Fullscreen revels how the four channels will be chosen each month:

Fullscreen will also leverage its more popular creators to provide exposure for its lesser-known ones. The network already prides itself on its Gorilla technology, which helps creators identify similar channels on the Fullscreen roster. For instance, if gaming-oriented musician Lindsey Stirling‘s videos play pre-roll ads for Kristen Nedopak (also on the Fullscreen network), Fullscreen will be using its marketing funds on Stirling but will theoretically see a boost for Nedopak.

Fullscreen has already tested this strategy with TheAimlessCook, a culinary channel who was promoted in pre-roll ads on the networks more popular cooking channels. A quick look at the stats shows how this campaign has increased TheAimlessCook’s subscribers. “Does that make him a top 10 YouTube Channel? No,” said Fullscreen CEO George Strompolos. “Does it change his trajectory? Yeah.”

By shelling out more marketing for its creators, Fullscreen is doing a good job of making itself more attractive for creators. Will we see more big names come their way? Maybe, maybe not. At least they’ll always have ‘Don’t Think De Mayo‘.