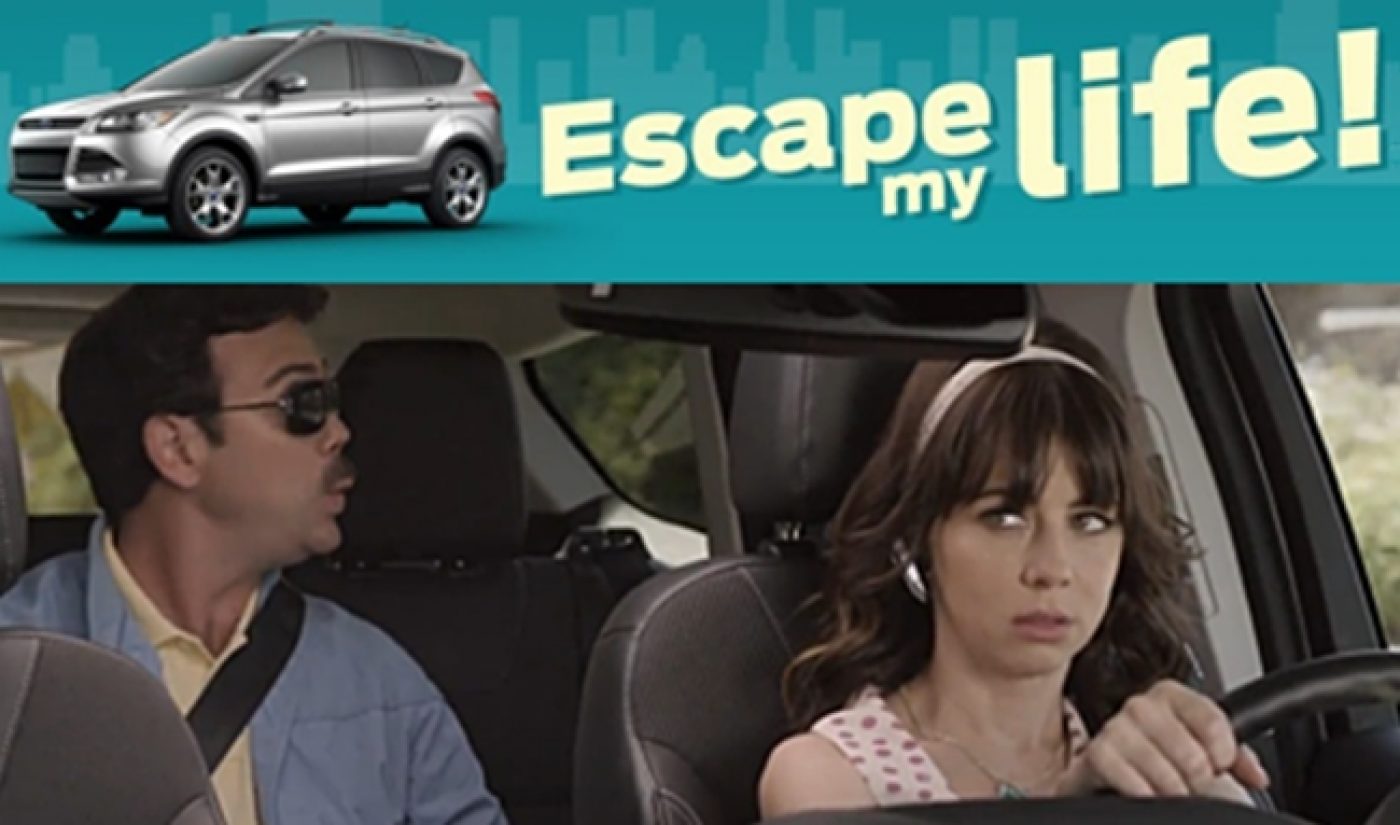 For several years, Lexus has been a major player in the online video world due to its Lstudio channel, which has hosted the work of several well known creators. However, they’re not the only car company using the web series format as an advertising tool. Ford has generated decent numbers with its new series, Escape My Life, which has thus far spanned four episodes on YouTube and Hulu.

The series sets up a zany premise where leading lady Skylar (Natasha Leggero) receives a free Ford Escape, only to learn that the car comes with Barry (Joe Lo Truglio), a third-party representative who follows Skylar around and tells her about the features of her new car. The result is a crazy sitcom that is high on both absurd situations and marketing plugs.

Most intriguingly, the series is directed by Ruben Fleischer, who made one of my favorite comedies, Zombieland. That movie succeeded because of an innovative and fresh comedic sense unlike any movie before it (the Bill Murray cameo didn’t hurt either.) While Fleischer is much more restricted here, he still isn’t afraid of pushing Escape My Life into madcap territory. Take a look for yourself:

The series has seen modest success, generating nearly 130,000 views for the first four episodes on YouTube, with four more episodes still to come. Episodes 5 and 6 have already debuted on Hulu, where Escape My Life joins several other branded series, including Subway’s 4 to 9ers.

Escape My Life is about as subtle as a pie to the face; unlike, say, Cybergeddon, it’s very clear from the onset that this is a branded series. However, credit Ford for cleverly working the obvious shills for their product into the show’s concept. If you loved Zombieland, or if you can’t wait for Fleischer’s new Gangster Squad film (which had its release date pushed back due to an incredible stroke of bad luck), you may find that Escape My Life really revs your engines.