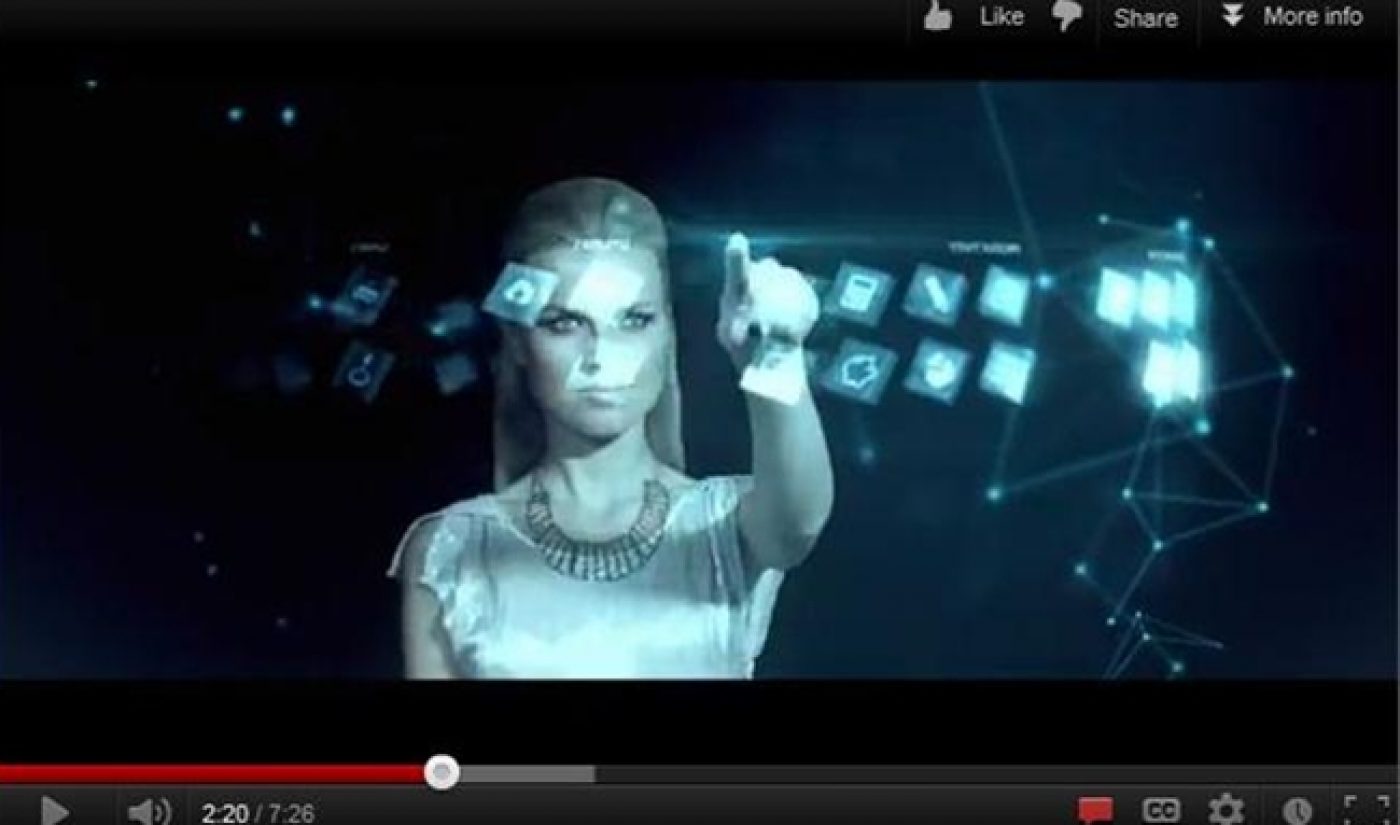 If you haven’t taken a gander at Bryan Singer’s H+ series, you should.

Written and created by John Cabrera (Gilmore Girls), directed by Stewart Hendler (Machinima’s Halo 4: Forward Unto Dawn), and released by Warner Brothers Digital Distribution, it is easily one of the most epic, well shot, well thought through web series released this year. One thing making the series even more enjoyable is how the series groups episodes into ‘chapters’. If you do happen to watch the series that way you might notice an exciting feature they use to keep the viewer moving from episode to episode: in and out markers in the playlist skip opening bumpers and end credits. Being able to add annotations to videos on YouTube is not a new feature, but, being able to add these in and out points to all the videos in a playlist is fairly new. Let’s call them jump points and start celebrating now!

Jump points automatically take viewers from one point in one video to another point in another video. This means that shows like BleacherReport and SBNation can create playlists of highlights of great sports moments, culling together only the best moments in a playlist of other people’s videos. More on that in a moment.
As a creator or curator of content, here’s what you need to know to take advantage of this exciting feature: I caught up with Bryan Carroll, a Strategist at Google, who quarterbacked the addition of this feature. He explained that he was running a program to “help YouTube better understand curation” on its platform and how it could be improved. It turns out that the feature was requested by SBNation and BleacherReport, two channels in the curator program. The problem they wanted to solve was how to showcase a sports play that happened to be embedded 5 minutes into a clip on YouTube.

Historically, creators downloaded clips, grabbed the section they want, and embedded it into their own video. However, this violates YouTube’s terms of service. What did they want? Simply put, they wanted to create playlists of their favorite plays from the previous week and not have to watch the parts of the videos that were not relevant, according to Carroll. He explained, “there was consensus at YouTube about wanting to add the feature.” Work began and they rolled the feature out in May, just in time for H+ to find another use for it.

H+ creators have created chapters of six episodes that come in at 20-30 minutes in length. The very beginning of the playlist includes the opening bumper and the very end of the playlist includes the closing credits. Carroll explained that H+ creators were smart about how they were using the feature. But he believes that as more people start using jump points, the ways people use it will be inventive and could change how people watch video on YouTube.

If you create a digital series, you might be daring enough to give jump points a test in your playlists. Carroll was reassuring on this, saying: “Don’t worry, they aren’t locked. You can go back and make changes later.” If you still aren’t convinced, watch the chapter playlists on H+.

J. Sibley Law is founder of TangoDango and Ziz Networks and has created numerous online series that have been seen by many millions of people. Additionally, he serves on the board of the IAWTV where he runs the organization’s Webseries Writers Group in New York City with Annunziata Gianzero.