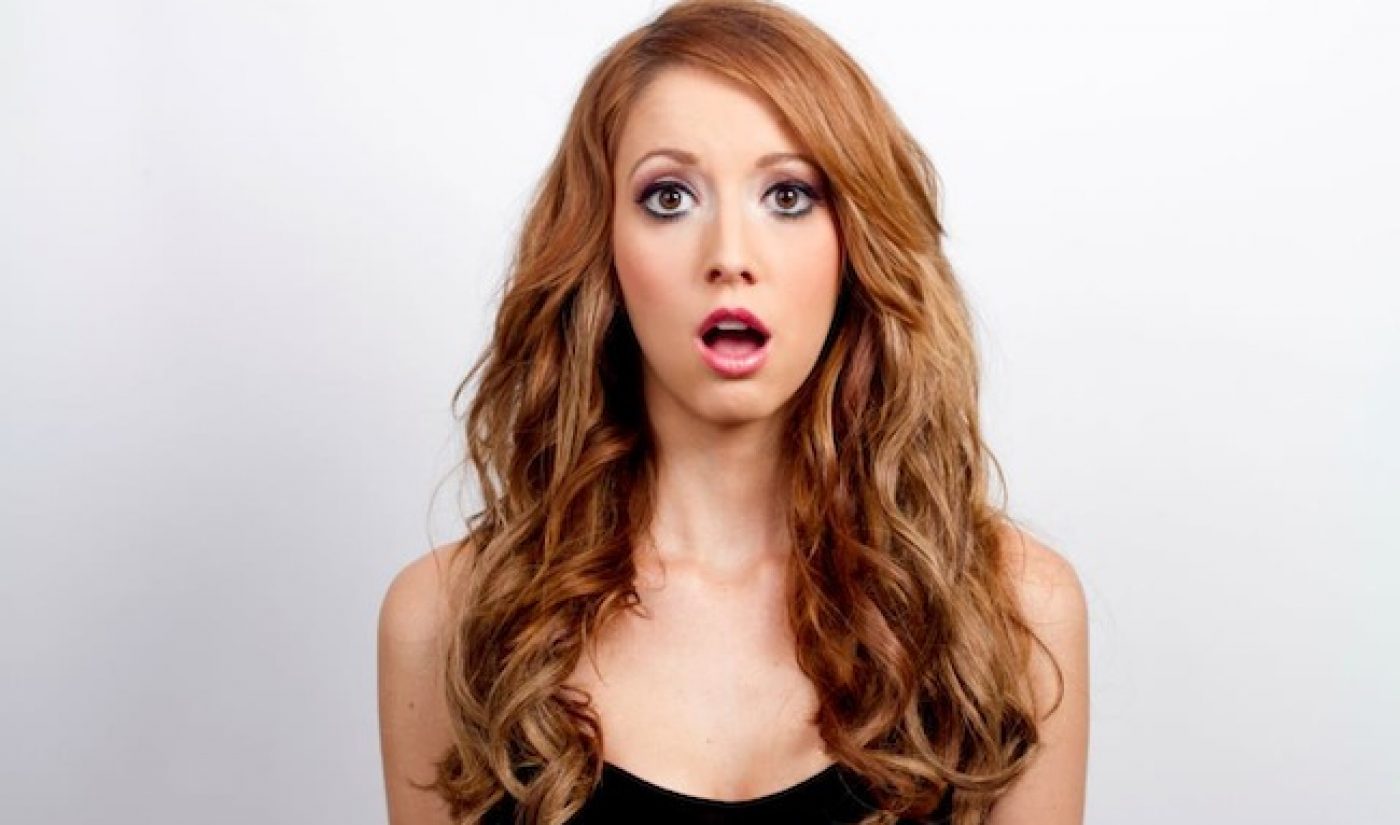 When we last checked in on Taryn Southern, the TV actress had recently signed a deal to team up with Break.com. Now, she’s continuing to find success; Southern has released a full length album titled On My Face, which will contain 13 tracks that feature her suggestive, humorous style of songwriting.

Southern rose to YouTube fame thanks in large part to songs such as Touch Your Boobies and Keep It In Your Pants, which seem risqué at first glance (and, in some cases, feature highly suggestive thumbnails) but are actually quite fun and mostly innocent. Coinciding with the release of On My Face, Southern announced that she would also create eight new music videos, which I can only assume will all be for songs off the new album.

But Southern’s not stopping in there; in addition, she will be the focal point of two new YouTube series, one on Bedrocket‘s Official Comedy channel and the other on the fairly new Crushable channel,  which is part of the Alloy Digital network. Southern’s Official Comedy series, Get Deep Inside, will go behind-the-scenes on the On My Face music video series, giving fans a look into Southern’s creative process. On Crushable, Southern will be hosting Infamous, some sort of awards show for celebrities who live the most interesting tabloid lives. I’m not sure. Check out the trailer and decide for yourself.

Southern has now notched over 17 million video views across YouTube, and the success of her upcoming album will answer an important question: is Southern’s appeal driven by her willingness to touch her boobies, or does she have the ability to be more than just a pretty face? On My Face, Get Deep Inside, and Infamous should have the answer.