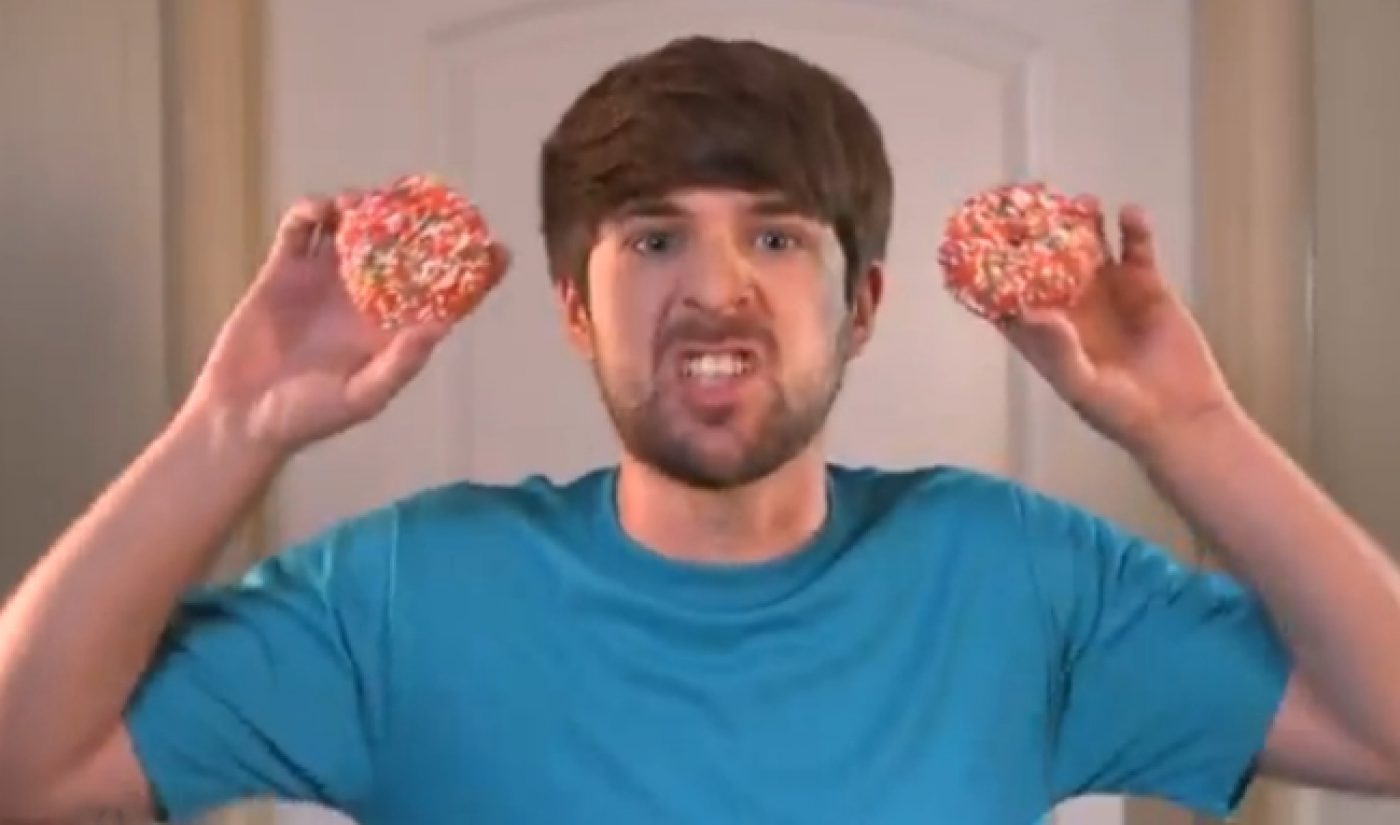 For seven messy years, Ian Hecox and Anthony Padilla of Smosh have gone to war in Food Battle, a yearly video series pitting two culinary options against one another. This year’s Food Battle was released on Friday, with Hecox’s frosted donut going up against Padilla’s egg roll, with the kind of crude results we’ve come to expect from Smosh.

At one point in the competition, Hecox reminds Padilla that “nothing makes sense in Food Battle.” This is a good attitude to take into any viewing of the gustatory throwdown, which resembles a strange mix of Iron Chef and Calvinball. At different parts in the video, our two leads perform many strange acts, including using food to fly, using food as ID, and fornicating with food. Yes, I said fornicating. No, don’t worry, it’s censored. If you’re into Smosh, you’ll enjoy Food Battle, and if you’re not, well, what did you expect?

Padilla’s egg roll was chosen by fans as part of an elimination style bracket, where it beat out seven other choices. The winner of the final match between the egg roll and the banana was not announced, leaving it as a cliffhanger that was only resolved by the release of the Food Battle video. Next year, I hope to see the field expanded to 16 foods. And if anything is right in the world, hummus will be among the choices.

I feel obliged to give some extra kudos to Hecox’s mom (if the woman referred to as ‘Ian’s mom’ is in fact Ian’s mom), who puts up with all manners of nonsense in this video, including having fake egg roll innards shot into her face. I don’t think my mom could ever put up with something like that, so big props to Mrs. Hecox for being such a good sport.