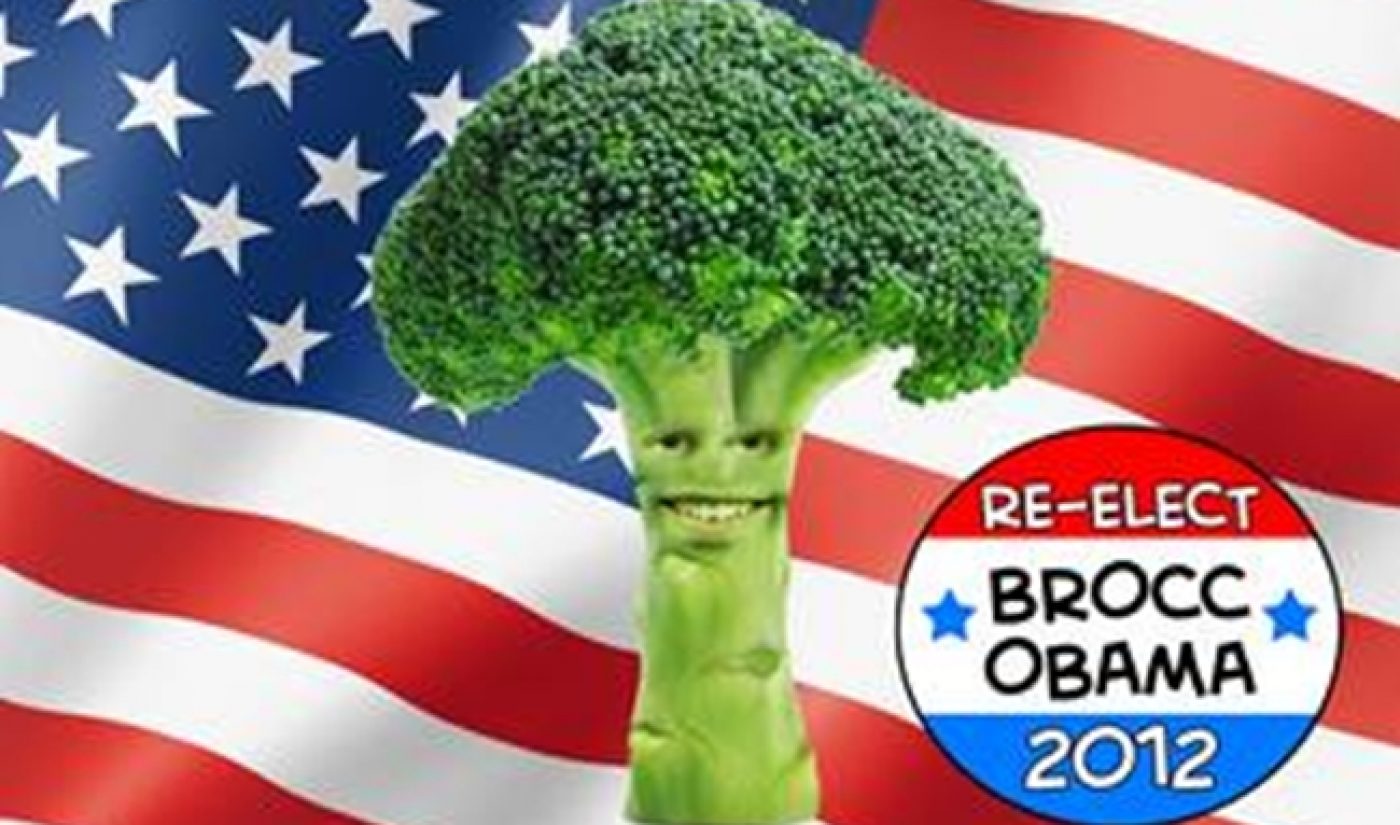 The amount of political coverage available on the web these past few months has been nothing short of prolific. However, while wading through a sea of graphs, maps, and polls, I know we were all just wondering one thing: What does The Annoying Orange think?

The popular channel, which has received almost 1.4 billion views and a cable TV show, has answered that question with Kitchen Decision 2012. On Friday, the loquacious citrus’ realannoyingorange YouTube channel held a debate to decide which piece of produce would be the next President of the Kitchen.

The choice is between Peach Pit Romney (Mitt Romney also goes by his middle name, so I’m totally on board with the pun) and President Broccoli Obama (or Brocc for short). The pair debated economic policy, dancing, robots, and several other topics while dealing with the attention-deficit nature of the Annoying Orange himself and enduring a steady stream of groan-inducing puns.

The first thing I noticed about the video is how, sure enough, Broccoli Obama is voiced by Alphacat. Good lord, is that guy busy or what? As usual, his impersonation is spot on, and if you thought the picture of Obama and Romney with their hairstyles switched was weird, you clearly haven’t heard the president’s voice matched to a stalk of broccoli, because it very well could be the strangest mental image in Presidential history.

Annoying Orange fans have one week to vote for either Pit, Brocc, or third-party candidate Gyro, after which a winner will be decided. To support their campaigns, both major candidates have released advertisements. Pit’s reminds us how “he knows the kitchen needs a new cook, and he’s got the recipe for success,” while Broc’s touts the current President as “a vegetable with a vision.” Every vote counts, but I firmly believe that gyros are mighty tasty.

Annoying Orange also released a disclaimer on the main debate video reminding viewers that the channel has no political leanings. “This is strictly satire, making fun of BOTH candidates.” notes the disclaimer, “Besides, Orange is writing in Marshmallow for Kitchen President.”

Indeed, there seems to be no bias from the Annoying Orange channel, which is signed with The Collective. No matter what your political beliefs, you have to admit that creating Occu-Pie Wall Street and the Teabag Party as opposing kitchen factions is just plain fun. Move over, FiveThirtyEight; there’s a new predictive model that’s sweeping the nation.