Hollywood Stars Drop in on Male Newylweds in ‘Husbands’ 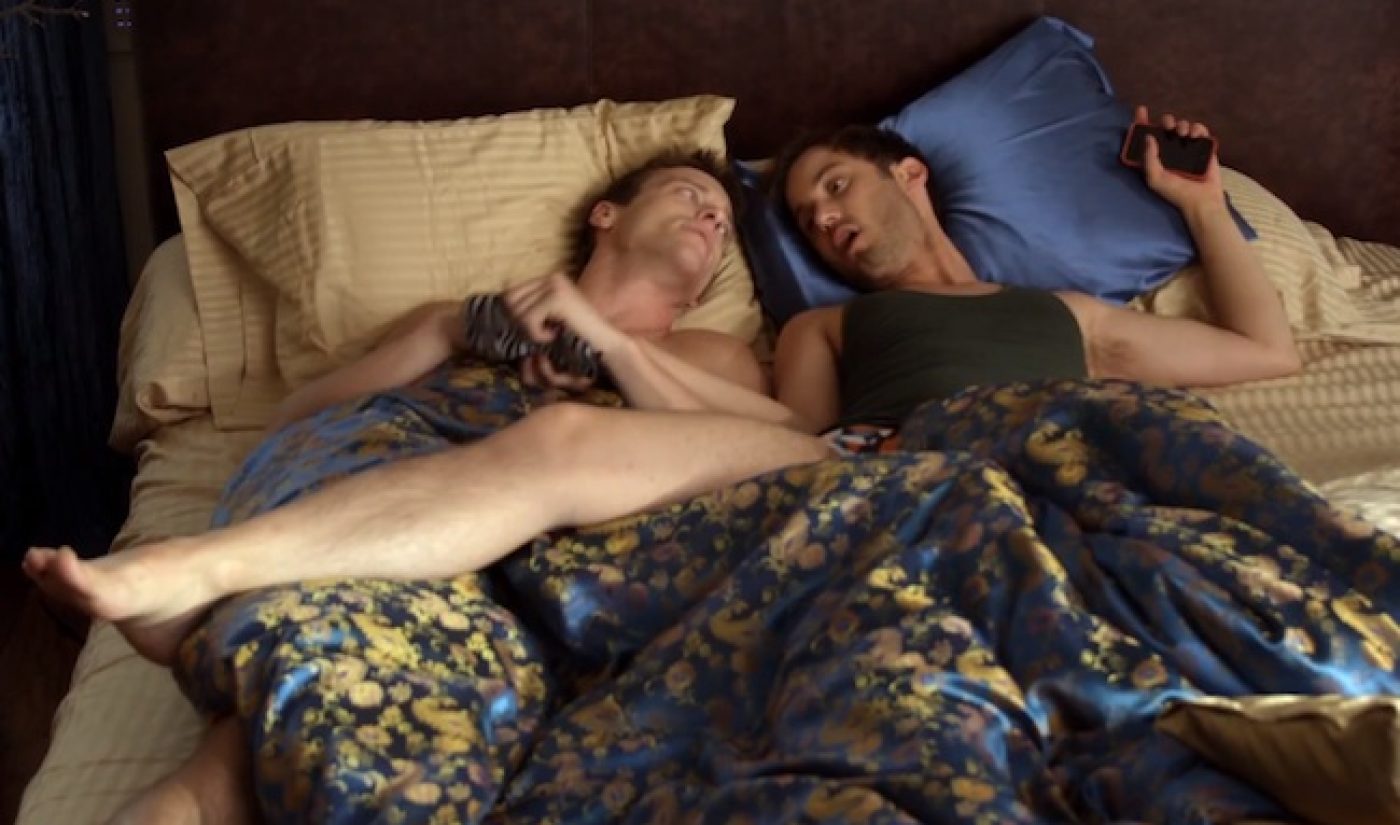 The Paley Center for Media in Beverly Hills hosted the Season 2 premiere of Husbands last Monday night, making the online sitcom the first web series to be so honored by the good people at Paley West. The series, co-created by veteran television writer Jane Espenson and YouTube sensation Brad “Cheeks” Bell, continues where Season 1 left off. Newlyweds Brady (Sean Hemeon) and Cheeks (Bell) are working on their marriage with the not always helpful, but always humorous advice of their friend Haley (Alessandra Torresani) and several impressive guest stars.

While the heart of Husbands’ story has not changed, Season 2 has fun updates fans and new viewers alike might want to take note of before watching. Here’s a quick breakdown of Husbands 2.0:

New Website
Head over to the series’ new site at LoveHusbands.com for new episodes and bonus videos. Husbands’ original site HusbandsTheSeries.com still features Season 1 episodes, bios, and more, but will redirect visitors to that other URL for new episodes and Behind the Scenes videos.

New Format
Instead of the eleven, two-minute long format, Season 2 consists of three eight-minute episodes. Cheeks (who is also Husbands’ co-writer) explains the change as a “better way to tell the story in three Acts.” However, the pacing and quickness remains the same along the longer episodes. Espenson notes, “All the scenes are still two pages so it feels like Husbands.” Overall, the whole season comes to about 24 minutes total – the same length as a traditional sitcom episode – so viewers won’t miss a minute of Cheeks and Brady‘s adventures in matrimony.

While the series had a makeover, the elements essential to making Husbands an online favorite are still all there. Heartwarming story, quick wit, and a creative team that believes in their project and the future of the medium.  Whether you are a proud member of Team Husbands or new to the show, the new Husbands does not disappoint.

Be sure to check out the first episode of Husbands Season 2 “Appropriate is Not the Word” online now.