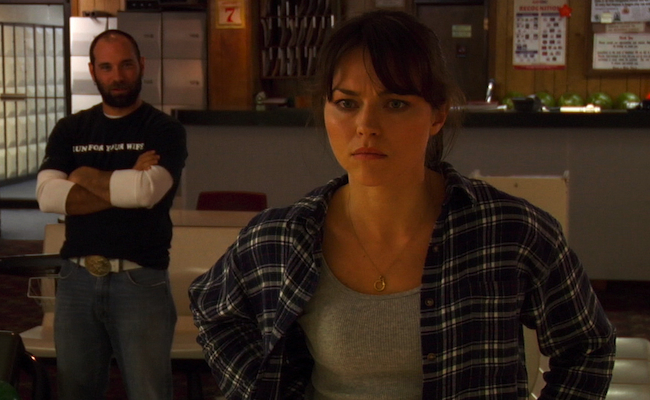 The New Year, directed and co-written by Brett Haley, tells the story of Sunny (Trieste Kelly Dunn), a young woman  who gives up a promising future and returns to her hometown to take care of her ailing father and—with her life on hold—finds herself living a life she never imagined.

An official selection of the Los Angeles Film Festival (a qualifying festival for The Oscars), The New Year was a darling of the indie film festival circuit, winning an audience award from the Sarasota Film Festival and praise from the New York Times, Los Angeles Times, and Variety, earning a 100% on Rotten Tomatoes.

Haley made The New Year on a shoestring budget between jobs as an assistant to director John Hillcoat. “What was most important for me, when making a $5,000 feature film, was that the film simply existed as a product in the world,” Haley told Tubefilter. “I wanted as many people as possible to see it and to have the ability to see it. Having a film that small exist—in any way—is a big accomplishment and I’m very proud that we’ve gotten that opportunity.”

Now new digital markets have opened up opportunities to reach audiences previously unavailable for indie filmmakers, whose only hope was to snag a distribution deal after touring the film festival circuit.

“I really see the future of independent film in the digital world,” Haley added. “Without platforms like iTunes, Hulu, Netflix, and Amazon, I really don’t think my film would’ve gotten that shot to exist otherwise. For smaller films, which would otherwise not get the shot at big screen wide releases, we’re lucky that we have these venues to exist in. I think that’s a great thing. It opens up venues for smaller filmmakers and smaller films to have a life.”

You can watch The New Year on iTunes starting today.

Note: The New Year is distributed through the Tubefilter Indie Film Network, which aims to give independent content creators – and their works – greater exposure. To find out how to distribute your independent feature film across digital platforms, please contact us.